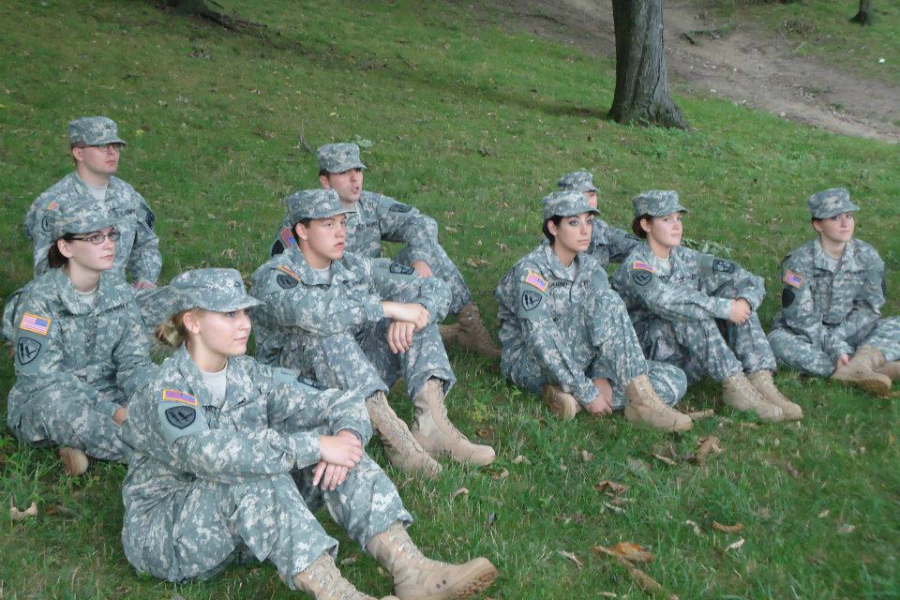 The University was founded as the Kent State Normal School in 1910 as a teacher-training school and later renamed Kent State College when it was authorized to grant Bachelors of Arts and Bachelors of Science degrees.  In 1935, Kent State was elevated to university status, creating a graduate degree program and instituting a Ambassador Crawford College of Business and Entrepreneurship.

During World War II, the University offered its resources to the U.S. Army Air Corps.  From 1943-1944, pre-flight aircrew trainees occupied Moulton, Lowry, and Engleman Halls and used the classrooms, faculty, and old athletic field (now the Commons).  In 1946, a flood of veterans entered Kent State.  A Department of Military Science and Tactics was established in 1947 followed by the Department of Air Science and Tactics in 1951.  Army Reserve Officers' Training Corps (ROTC) began at Kent State Universities in July 1947 to answer the Army's need for officers.  The KSU Army ROTC program was designated an infantry branch program.  The majority of the first cadets were veterans of World War II.  In 1953, the program was adopted as general Military Science, commissioning officers in all sixteen branches of the Army/  In 1971, the program moved from the college of Arts and Sciences and was placed under the administration of the Provost.

History of the Golden Eagle Battalion at Kent State University

In 1976, the cadet corps was named "The Golden Eagle Battalion".  In 1995, Kent State University ROTC Department (host institution) assumed responsibility for the University of Akron (an extension center) and Youngstown State University and Mount Union College were established as partnership programs.  The association with University of Akron ended in 1998 when the universities' program was granted autonomy.  The KSU Army ROTC program has continued to flourish as an academic department.  Since it began in 1947, the KSU Army ROTC program has commissioned over 1,200 second lieutenants.  The Army ROTC program continues to be a visible asset, providing support to many KSU activities.  The Golden Eagle Battalion and Kent State University will continue to provide high quality officers to the United States Army.