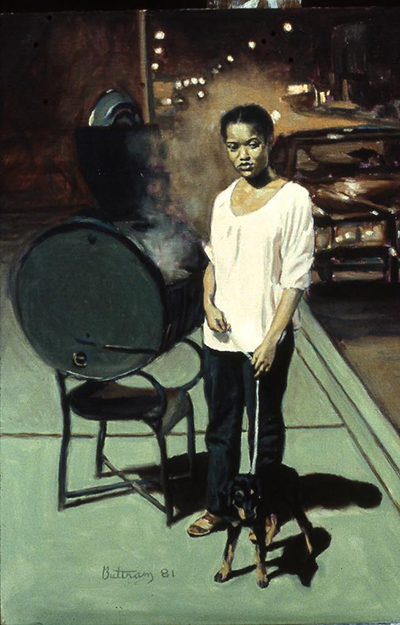 One of the qualities of a great artist is being able to stop and notice one’s surroundings. Painter David Buttram can often be seen searching for inspiration in his hometown of Cleveland, depicting scenes of inner-city life and finding the beauty in ordinary moments. "My intentions are to create a series of paintings of natural and man-made objects found within 'the inner-city," a place of confinement and hope,' said Buttram in an artist statement. "The viewer should be able to explore evidence of toil and strife, beauty and peace."

Influenced by the range of human emotions, which he expresses with light, shadow, reflections and color, Buttram has exhibited his paintings locally and nationally. He has shown work at institutions such as The Cleveland Institute of Art, the Cleveland State Art Gallery, the Karamu House in Cleveland, and the Kettering Government Center in Kettering Ohio. His work has also been shown on several occasions at the Ohio Governor's Mansion in Columbus, Ohio, The Museum of Science and Industry in Chicago, Illinois, and The Bridgeport Art Center in Chicago, Illinois.

Buttram earned his M.A. in Fine Art from Kent State University and has his B.F.A. from the Cleveland Institute of Art. He also attended the now shuttered Cooper School of Art in Cleveland, Ohio. Buttram worked as an art educator for the Cleveland Municipal School District. Now retired, David answered some of our questions about his career and inspirations in this interview. 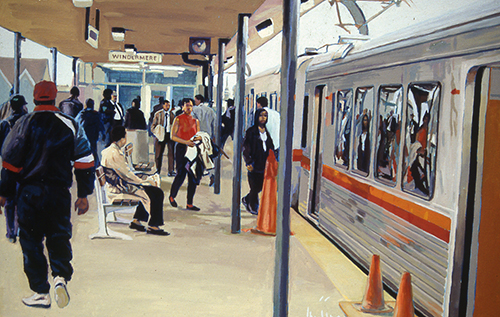 Q: Your work is centered around capturing the inner city in a positive light. Have you found that your work influences the public perception of Cleveland and its inner city? If so, how?

A: Life as it is; toil and strife exist, but so does beauty and peace. I do not know if my work has influenced anyone’s perception of Cleveland. The viewer can explore the art itself as seen through my perspectives.

Q: How do you choose what scenes in the city to capture? How do specific activities and places such as children playing, barber shops and pool halls inspire you?

A: Like my brushes, canvas and paint, my camera is one of my tools. It’s like going fishing— you hope the fish are biting. If I take 100 shots and get one good picture then that’s good. There are sunny days, rainy days or snow; some days when no one is outside. I take what is available. Whichever image I select, I have a consistent procedure which includes the principles and elements of art. I am most inspired by the effects of light and shadows. Human emotions and moods are very important. 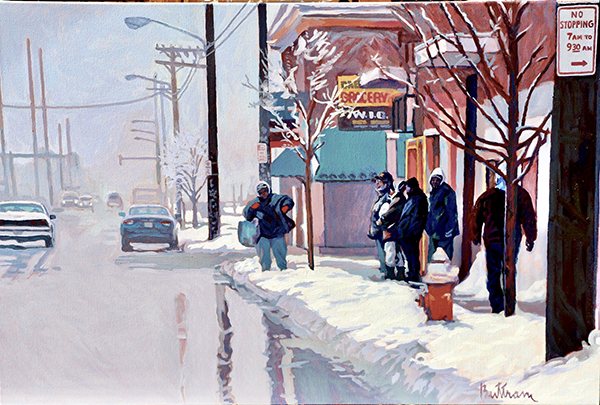 Q: How has your connection to the city of Cleveland and northeast Ohio informed and inspired your art? What are some of your early influences?

A: Cleveland and Northeast Ohio is all I know. I’m a product of Cleveland. I lived in the projects as a child. I loved all the cartoons of Walt Disney, Popeye and many others. I always loved to draw. I later learned about Van Gogh, Rembrandt, and many other artists.

Q: You worked as an art educator for the Cleveland Municipal School District. What did you learn from this role?

A: I learned that almost all students have talent, especially those that claim they can’t draw.

Q: You have always painted out of your home studio. Given that so many people are working from home now, what tips do you have for artists to create a home studio space to work in?

A: I have never worked anywhere other than at my home in a 10’ by 10’ room. There's room for an easel, ample lighting, and a few tables. After visiting the Motown Museum in Detroit, I felt justified using my small space. Think of all the many great songs that were made in that small residential home. Plus, I like the convenience of being at home. 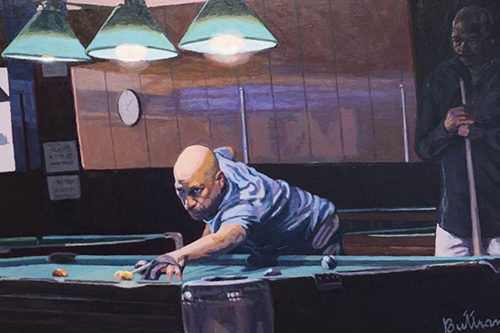 Q: Your work has been exhibited at several galleries in Northeast Ohio. What is your advice to other artists and art students who want to show their work locally?

A: I place most of my energy in creating art. Paint, paint, paint. When opportunity is there I try to get involved, and stay in touch with the art world, including showing beyond the local area. I also give attention to the elements and principles of art.

Learn more about David's work in this interview that took place at the Ohio Governor's Mansion in 2018. His interview begins at the 11:26 mark.

Images courtesy of the artist.