It is not often that you have the opportunity to photograph figures such as Oprah Winfrey or to meet former President Barack Obama, but Georgio Sabino III’s career has led him to do so. Owner of GS3 Innovations, LLC, he earned his B.A. in Fine Arts from Kent State University in 1999 and went on to earn his M.A. in Art Education from the Cleveland Institute of Art and Case Western Reserve University (2009). Originally from Columbus, Ohio, he currently lives in the Asiatown neighborhood near downtown Cleveland.

Georgio has enjoyed a thrilling career as a photographer. In addition to operating his own business, he works as a photographer for several organizations, including CityNews Newspaper Group, the Real Deal Newspaper, and FraserNet. Georgio covered the Ohio State Buckeyes when they won their first national championship (2015) and the Cleveland Cavaliers’ first championship with LeBron James (2016). Both photographic events were at the White House under the Obama administration. According to Georgio, "We are a small, black-owned business that covers big stories." We interviewed him to find out more about his business, celebrity photoshoots, and teaching experience. 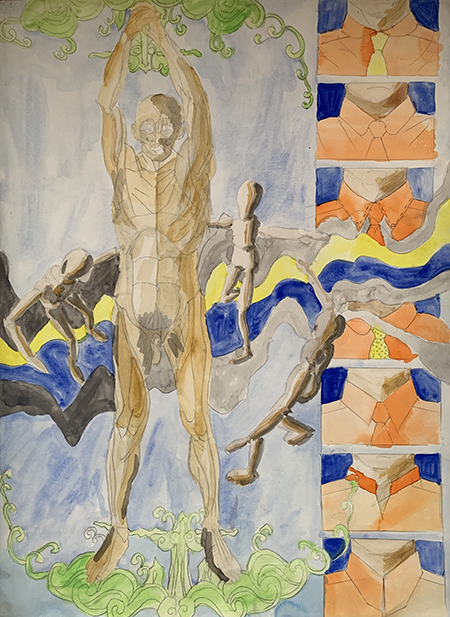 Q: After you earned your B.A. from Kent State, you went on to study art education at the Cleveland Institute of Art and Case Western Reserve University. Can you explain more about what led you to pursue art education after graduation?

A: I told myself that, if I were to live in Cleveland, I'd like a master's degree from Case Western Reserve University. I have a passion to learn and to teach, influenced from being in a very large family with ten siblings. It's fun and exciting when I have pupils who are not as interested in art as I am. I tried to help students realize that everything you do is an art and to respect the arts. I met Donna Johnson, then director of Sankofa Fine Arts Plus. She introduced me to Tim Shuckerow, Director of the CWRU Art Studio and Art Education program. I have fond memories of that program. I did my field studies at The Guggenheim Museum, the exclusive Trinity School in Broadway, NYC, Park East High School in Harlem, NYC, Studio Museum of Harlem, University School here in Moreland Hills, and, last but not least, Cleveland School of the Arts with Danny Carver and Mr. Hamlet. I filmed my experiences, which are on my YouTube channel.

Q: You have photographed famous figures including Maya Angelou and four U.S. presidents. What were these experiences like? Do you ever feel nervous about these types of high-profile photoshoots, even with your years of experience? 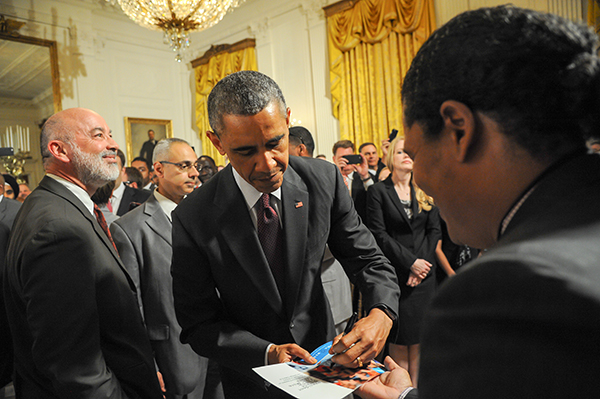 When I think of history, it's crazy to think of all that I was capturing in the moment. I was cognizant and stunned but very confident to handle such precious moments. It took me a while to fully embrace photography. But now I see everything as history— the stories my eye has captured for clients and family. So was I ever nervous? In most of these experiences, I was not. I was the guy with the camera with a long lens, so I could keep my distance, occasionally come up close, and then back off. I had chances to meet and greet with lots of high profile people such as Annie Leibovitz, all of Bob Marley's family, Malcolm X’s daughter, and Rev. Dr. Martin Luther King’s son (the 3rd.)

I was once nervous in the White House. I didn't know anyone, nor did I know all the protocols. I followed the press corps herd as we patiently waited for the Ohio State University Football team and President Obama to come into the East Wing. All the areas filled up quickly and I found myself on the south side of the East Wing, which turned out to be a blessing from God. The Commander-in-Chief entered the room right next to me, so I knew he had to leave the same way. I was told he more than likely would not sign anything, but I was going to try.

There I was in the moment. President Obama started to exit after presenting the award to the OSU Champions and accepting the team jersey. My mind clicked to stop taking photographs and I held out the photographs I had taken of him throughout the nation. What do you know?! He shook my hand and proudly signed my work. The photographer next to me, Ricky Fitchett, photographed us together. As the President left I was shaking hysterically and all the press photographers started laughing. I'd call that nervous because I knew the value and the historical aspect to being in the right place and time. I am sure I will have another moment of anxiety. It was a wonderful rush!

Q: In 2019, you participated in a collaborative exhibition at the Uumbaji Gallery in Oscar Ritchie Hall. How did it feel to come back to Kent State as an alumnus and take part in this show?

A: It's always fun to revisit Kent State. My wonderful youth was spent enjoying the struggle and the perseverance to triumph over education. This past art show allowed me to re-conceptualize my time, my work, and to see old and new friends who I had invited to see the show. I asked my beautiful friend Rachel Truitt to share the Uumbaji art gallery space with me. The show was a hit, curated by Idris Kabir Syed. This art show allowed me to relive my youth with my present self. If I had to describe the words that came to mind, they were ecstatic, elated and euphoric. I felt my younger self enjoying the meeting with new staff, the new Black United Students and the new art students. The university sent invitations throughout the school. Even some of the fashion students attended. 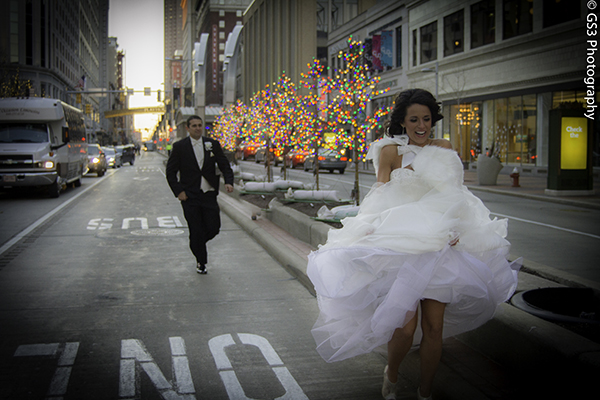 Q: Prior to the pandemic, you were involved with Cuyahoga Community College’s Encore program, where you taught students ages 55+ about digital photography. How does your background as an art educator come into play in this role? Is there anything special you have learned through this experience at Tri-C?

A: What I learned is that even the most mature minds want to learn technology. My students were just as diverse as today's kids. Some had no experience with art. For others, it was their job before retirement. Just because someone is older, or with different abilities, doesn’t mean that lifelong learning should stop.

It's rewarding to see someone grow from education. I like sharing art secrets to making work. I believe I could teach anyone to draw or paint. If you can draw a circle, triangle and rectangle, you can draw a person, but it takes practice.

Q: What advice do you have for art students who want to start their own business?

A: Open! Open! Open! It's your life and love! Why not? The world has shared that it's not easy or pretty. But it's rewarding to create and develop your ideas and dreams from your own hands. Create a plan and execute it. Remember to learn the business side if you don't have an agent. Use business contracts to present yourself professionally. Protect your intellectual and creative work, legally and financially, if you partner with others. Learn to adapt with business trends. Stay focused on your craft. And if you pray, pray! Most of all, for me it's never work. I love what I can do for others and for family.