The journey towards a professional career in the arts is different for everyone. For Kent State University alumna Nicole Barille, an art degree laid the groundwork for success in an unexpected way, lending inspiration and creative direction to her music. You may not need a degree to rock, but it helps.

Nicole graduated from Kent State in 2004 with a B.A. in Art Education, but after graduation she found fulfillment outside of the classroom as one half of mr. Gnome, an art-rock outfit she co-founded with her husband, Sam Meister. In addition to the music itself (she plays guitar and sings, he plays piano and drums), the couple collaborate on every aspect of the band’s visual footprint, creating their own music videos, album art, and more. In addition, they founded an independent record label, El Marko Records, in 2007. 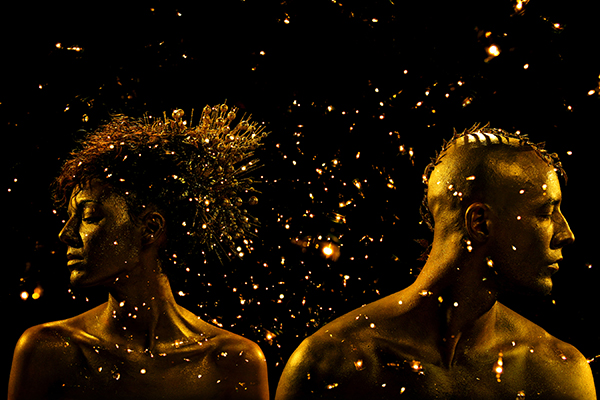 Mr. Gnome’s eclectic influences include both musicians and visual artists, notably Otis Redding, Portishead, and Henry Darger. They have toured extensively, performing both regionally and nationally (including SXSW) and have been featured in publications like Scene, Rolling Stone, Esquire, Bust, and NPR. A Cleveland native, Nicole has maintained her ties to Northeast Ohio, resisting pressure from the music industry to relocate to a coast so that the couple can raise a family here.

Q: How did your time at Kent State impact your career choices later?

A: My time at Kent State was really wonderful. I got my bachelor's in Art Education.  At the time, I began to find out who I was as an artist, what medium(s) I preferred, what my motivations were, what I was trying to say through my work, how to express myself. Just that constant exposure to art and other artists and being able to create on a daily basis, it makes you realize, I can do this too, if I put in the time and effort.

At that same time, Sam and I actually started making music together, writing and recording.  We met a ton of musician friends at Kent that really gave us the confidence to become a two-piece.  We actually played our first show at the Outpost, a club on the outskirts of Kent. We definitely found our own pack of misfits while in college, artists, musicians, and just creative thinkers in general. I think we all inspired each other at that time. Also, Sam started making music videos while he was a student at Kent State in the Electronic Media Production Program. It was an extremely motivating, exciting moment in our artistic lives!

Q: Did you take any specific classes or have specific professors that impacted your life/art?

A: I really loved my art history classes. I had a few professors that exposed me to so many different styles and seemed genuinely excited about art in general. That excitement was infectious. I loved my drawing, painting and printmaking classes as well. Again, just that exposure to so many different ways of creating, it was so fun to wake up and get to create every day.  I knew that I wanted to do that for the rest of my life. It made me realize that creating was a huge part of who I was and who I wanted to be. There really is nothing like it. 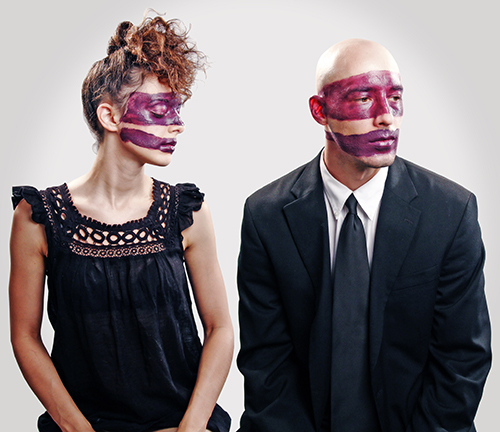 Q: How does your education and training in visual art affect your musical practice and your approach to performance?

A: I learned about so many inspirational people, movements, art styles and the way that other people’s work affects the world, the viewer’s perspective, the ripple effect a single idea can have.  That’s what inspired me to want to express myself on stage, in my performance, in my music and in my lyrics. It made me understand the importance of art in society and how it can live beyond the artist’s life.

Q: You and Sam maintain artistic control over every part of Mr. Gnome - videos, cover art, etc. - which part of the process do you find most enjoyable/fulfilling?

A: The initial creative process, the spark, making something out of nothing has always been our favorite part of being in mr. Gnome. The moment you tune in with the right frequency and something happens…that’s the rush of creating. We get so excited to finish a record because it means we’re about to dive into the visual aspect of everything and we get to do it all over again in a different medium. I also love performing. That connection with the audience, the energy that’s in the room during a show, there really is no other feeling like it. We’ve met so many amazing people across the country and we’ve seen so many places. It really has been an incredible experience.

Q: What’s next for the band?

A: We’ve been working on our fifth album for quite some time now and have just finished mixing.  We’re in the process of planning the release, starting to map out the album artwork, music videos, all of the fun stuff that comes along with making a record.  So excited to finally be at this stage of things! 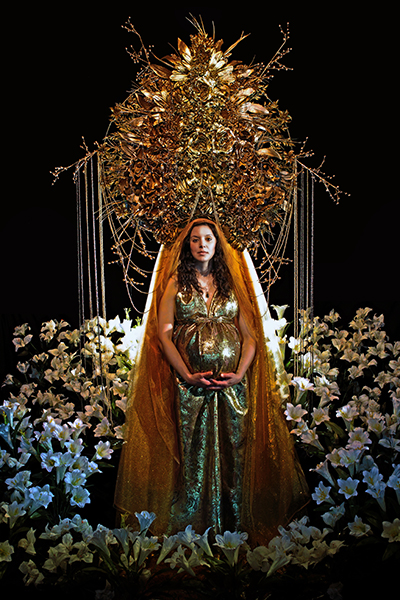 Q: Any advice on balancing creative work with parenthood?

A: Well, we thought touring had prepared us for sleep deprivation, but having a baby (who is a terrible sleeper) puts things on a whole other level!  Prepare to never sleep again! Honestly, I think it’s made us go about our work in an entirely different way.  While we were writing this new album we had to do a lot of recording sessions alone. We have a studio where we live, so one of us would watch our son while the other would go write and record. It was extremely different from what we were used to, but it was also really liberating.  For me personally, writing melodies over music in an isolated setting, versus writing the melodies on the spot while we were performing the song, was just so different and I felt like I could really experiment with my ideas.  Also I think the new perspective of being a parent, it made us take a totally different approach to making music that we wouldn’t have ever been able to experience otherwise.  It is definitely a challenge to be an artist while raising a baby, but I feel so lucky to have had this opportunity.

Q: Do you have any advice for current art students?

A: My advice would be to find what you’re most passionate about and use it to inspire and motivate your process...and throw yourself into it 100%. Whatever that medium may be, push yourself and work non-stop.  Never stop learning and exposing yourself to other artists, other ideas, other concepts, other ways of creating. Let life be your inspiration.