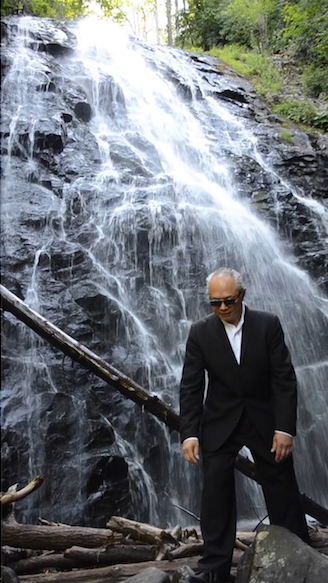 Socially engaged conceptual artist Mel Chin will appear as the “Legacy and Prospect” keynote speaker at Kent State University on Friday, May 6, 2016, at 6:30 p.m. Chin’s free, public lecture in the School of Art will coincide with the grand opening of the Center for the Visual Arts, the School of Art’s new facility and home.

Chin, who is noted for his wit and warmth, will discuss his diverse and far-reaching work during the lecture, beginning at 6:30 p.m. in the Center for the Visual Arts, Room 165. The lecture is preceded by the CVA’s grand opening ceremonies, which begin at 3 p.m. and include building tours, live entertainment, student exhibitions and refreshments.

The Center for the Visual Arts is located at 325 Terrace Drive, Kent, Ohio. Parking is available in the Business Administration and Cartwright Hall lots. RSVP for the grand opening at http://www.kent.edu/event/CVAopening.

Mel Chin was born in Houston, Texas, in 1951. Chin’s art, which is both analytical and poetic, evades easy classification. He is known for the broad range of approaches in his art, including works that involve multi-disciplinary collaboration and conjoin cross-cultural aesthetics with complex ideas.

Chin has positioned his art in unlikely places, including destroyed homes, toxic landfills and popular television, investigating how art can provoke greater social awareness and responsibility. He developed Revival Field (1989-ongoing), a project that has been a pioneer in the field of “green remediation,” the use of plants to remove toxic, heavy metals from the soil. In 1995 he formed the GALA Committee, which produced In the Name of the Place, a conceptual public art project conducted on American prime-time television. In KNOWMAD, Chin worked with software engineers to create a video game based on rug patterns of nomadic people facing cultural disappearance. His film, 9-11/9-11 — a hand-drawn, 24-minute, joint Chile/United States production — won the prestigious Pedro Sienna Award for Best Animation from Chile’s National Council for the Arts and Cultures in 2007.

Chin also promotes “works of art” that have the ultimate effect of benefiting science, as in Revival Field and the recent Operation Paydirt/Fundred Dollar Bill Project, an attempt to make New Orleans a lead-safe city (see http://fundred.org/). These projects are consistent with a conceptual philosophy that emphasizes art’s potential to sculpt the natural and social ecology.

Chin’s work was documented in the popular PBS program Art of the 21st Century. Chin has received numerous awards and grants from organizations such as the National Endowment for the Arts, New York State Council for the Arts, Art Matters, Creative Capital and the Penny McCall, Pollock/Krasner, Joan Mitchell, Rockefeller and Louis Comfort Tiffany Foundations, among others.