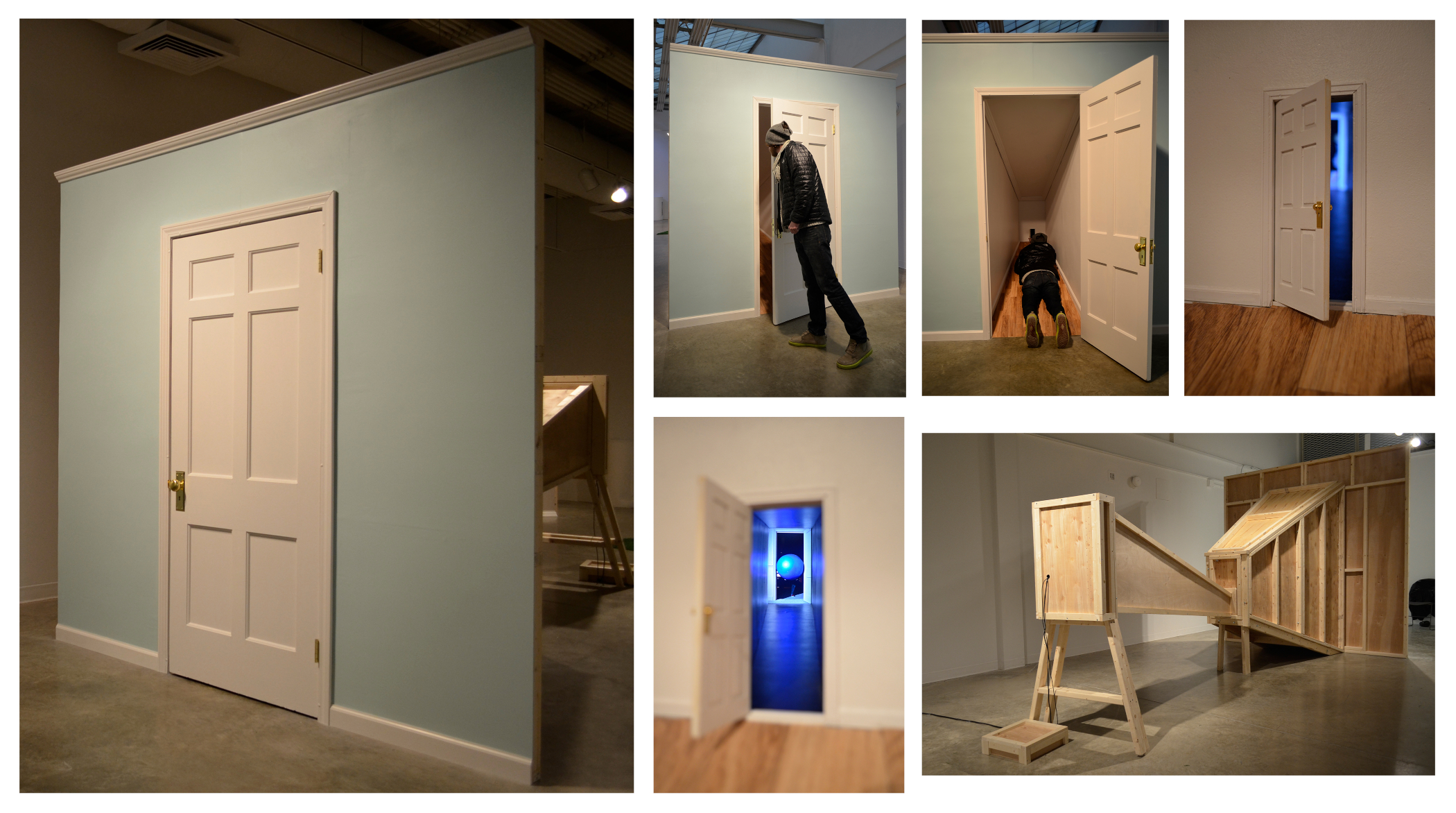 The work of multimedia artist Scott Goss fixates on two unique core concepts, each incorporating a slew of materials. In his glasswork, Scott depicts the landscapes of forgotten spaces, vibrancy yielding to entropy. In Scott’s video-based installations, he portrays an internal sense of space, built from memories and daydreams. This space is accessed through installations that require the viewer’s active participation.

Scott Goss, who received his M.F.A. in glass from the School of Art in 2014, is the recipient of the Ohio Arts Council Individual Excellence Award (2015), as well as a grant from the Harpo Foundation (2014). He has exhibited coast to coast and is represented by galleries in Cleveland, Columbus and Pittsburgh. Image: Into Another by Scott Goss