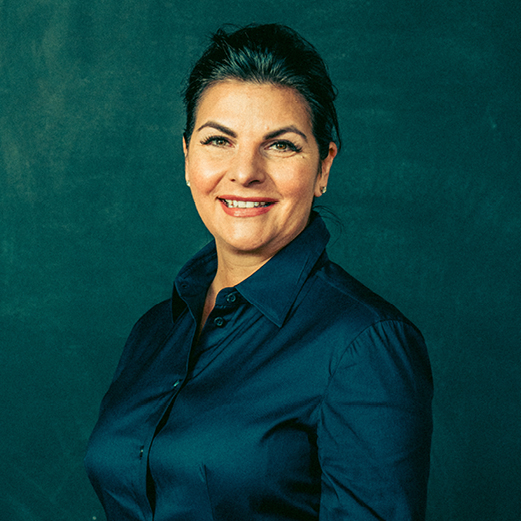 Angela Meleca's professional experience spans nearly 30 years in journalism, politics, public relations/marketing, and the arts. In 2019, Meleca was named Executive Director of Ohio Citizens for the Arts (OCA), a member-driven, not-for-profit advocacy organization representing Ohio's arts and creative industry. OCA's mission is to champion increased public funding and public policy to support the arts and creative sector at the state and federal levels.

Before joining OCA, she was the Founder/Owner of Angela Meleca Gallery. Through her Gallery's mission, Meleca was active in helping transform arts and culture in Central Ohio through building a coalition of individual artists, advocates, and arts and creative organizations.

Before her career in the arts, Meleca held positions such as a news bureau chief covering the Ohio legislature and administration, public relations specialist for an Ohio-based top Fortune 500 company, and communications director and press secretary for the Ohio Senate President.

Meleca is a Columbus, Ohio native and earned her B.A. from The Ohio State University with a concentration in Political Science and Journalism. 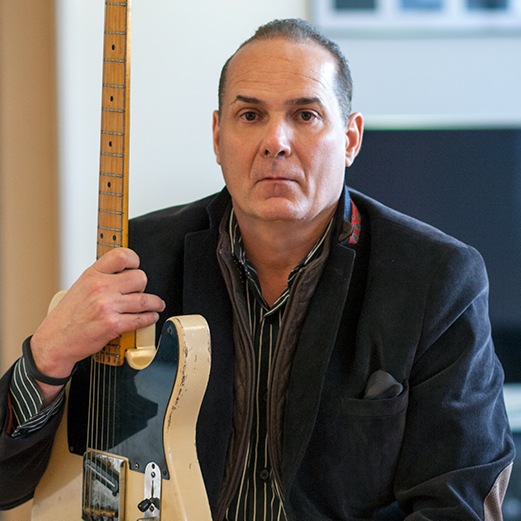 As the President and Founder of Circone + Associates, Mr. Circone is an innovative leader in brand building and equity proliferation, focusing the agency on producing remarkable brands through strategic research, relevant differentiation and preferential positioning. With more than twenty years of experiential and entrepreneurial marketing communications, sponsorship, and branding expertise, he successfully transforms companies into market leading brands.

His agency continues to be presented with numerous citations of advertising and branding excellence, earning multiple awards from various sectors, including: Best Web Sites, Self-Promotion Advertising & Marketing, Direct Marketing, Consumer Campaigns, Music and Broadcast Marketing, and most recently the Agency was honored with a Pillar Award for outstanding charitable community service.

Prior to his success in branding, Brad was a multi-million dollar recording artist and internationally published lyricist with The Toll on Geffen Records, featuring numerous songs and appearances on MTV, as well as inclusion in the Rock-N-Roll Hall of Fame, “Nationally Signed Ohio Artists” collection. Positioned by Rolling Stone Magazine as “the world’s most dangerous band…” and crowned as the “Best Live Act in Europe,” Mr. Circone released the second longest video in MTV history, only behind that of Michel Jackson’s “Thriller.” 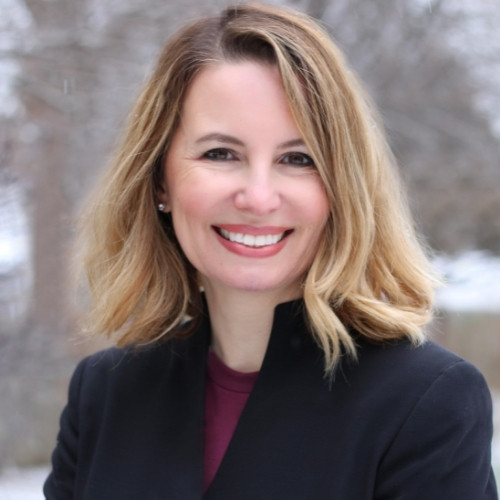 Anna combines business and legal knowledge of the industry to offer comprehensive representation to entertainment professionals on matters pertaining to Copyright and Trademark; Clearance and Licensing Rights; Formation of Business Entity; and Contract Drafting, Review, and Negotiation.

Anna’s passion for helping people build their careers in entertainment comes from her personal experiences as a musician and as being a parent of a music artist. Anna, a classically trained violinist and pianist, grew up in an arts-rich environment – her family, professional music educators and music artists always stressed the importance and value of the arts as an integral part of their lives.

Anna believes that one of the keys to professional success is continuous learning and keeping current with industry trends. 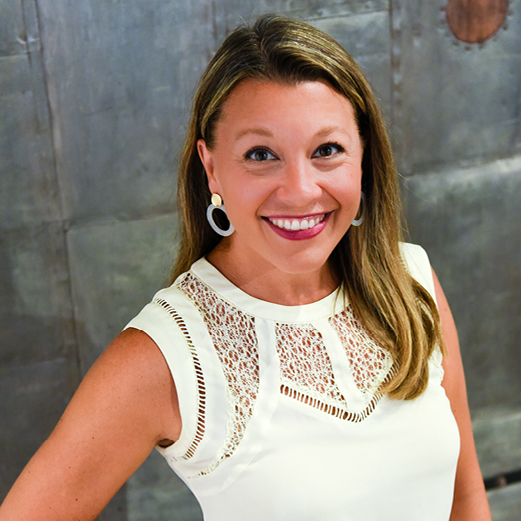 Hilary Gent is a Cleveland artist who creates oil and latex paintings inspired by the urban landscape, Lake Erie and other natural water sources in Northeast Ohio. She graduated from Kent State University with a Bachelor's in Fine Art and concentration on painting in 2003. Her paintings can be found in public collections including the Cleveland Clinic, Summa Hospital, The American Heart Association, Cleveland Art Association, Canadian Imperial Bank of Commerce and Hilton Hotels Corporation, and are in many private collections nationwide.

Hilary has also spent the last thirteen years staging public art exhibitions, launching art walks, and planning elaborate receptions for individuals and organizations, all of which have transformed the way residents and visitors view the Northeast Ohio Region. In economic development terms, Hilary’s motivation to present the arts as a vehicle for elevating a neighborhood has provided urban planners with prime elements upon which to build larger community plans.

Because of Hilary’s nuanced leadership in organizing dozens of businesses, creativity in presenting compelling exhibits, and electric personality as a city champion, she has been recognized by Scene Magazine’s special section on People** as someone who makes Cleveland the best place in America. She has earned awards and grants for her efforts to collaborate with nearby agencies, resulting in programming that has stimulated the entire Gordon Square Arts District.

She is currently the director of HEDGE Gallery in Cleveland, Ohio and manages HEDGE Event Planning at 78th Street Studios. 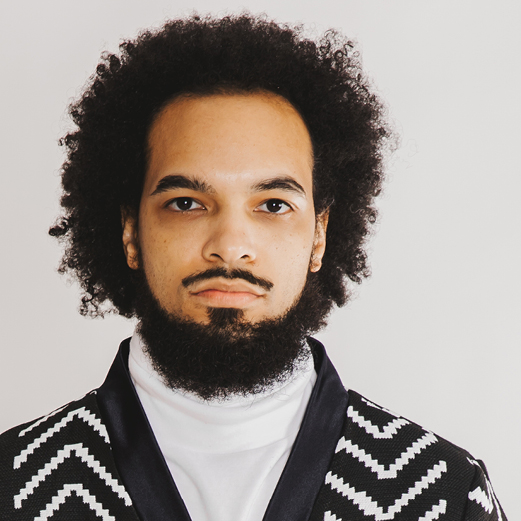 Jevon became interested in designing at a young age due to his passion for sneakers.  His love for design continued to expand which developed into designing and creating clothes for men and women.

The main focus of the Jevon Terance Fashion Line is to inspire people to work at and wear what makes them happy. Fashion wise, the line is mainly focused on every day wear, but Terance has created high fashion runway pieces expanding his design reputation. 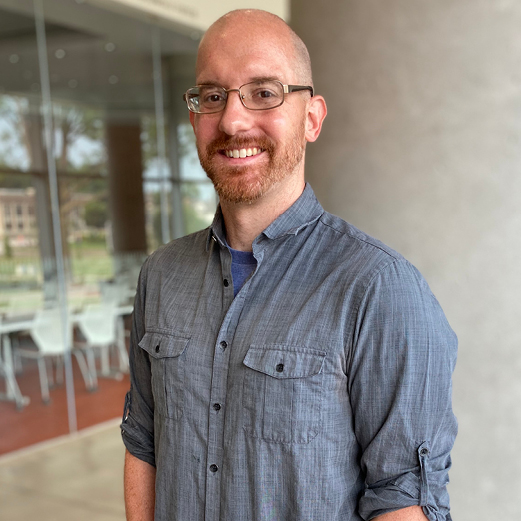 Christopher Totten is an Assistant Professor and program coordinator for Kent State University's Animation Game Design program. He is also the founder of Pie For Breakfast Studios, an award-winning Northeast Ohio-area indie game company. He has done work as an artist, animator, level designer, and project manager in the game industry. He holds a Masters Degree in Architecture with a concentration in digital media from the Catholic University of America in Washington, DC. Chris is an organizer for the Smithsonian American Art Museum Indie Arcade and lifetime member of the International Game Developers Association (IGDA). He is the author of An Architectural Approach to Level Design, published with CRC Press/AK Peters in 2014 (2nd edition published in 2019) and Game Character Creation in Blender and Unity, released by Wiley Publishing in 2012. He is also the editor of the collected volume, Level Design: Processes and Experiences. His current game project is the successfully crowdfunded Little Nemo and the Nightmare Fiends. 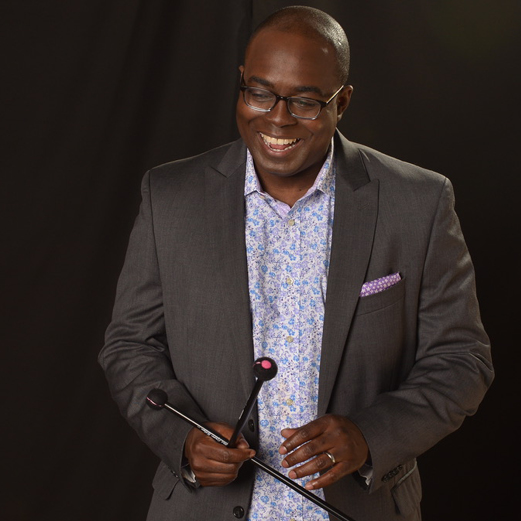 Jauvon Gilliam was named principal timpanist of the National Symphony Orchestra in 2009 – the first African-American principal in the history of the organization.

Gilliam is currently Director of Percussion Studies at the University of Maryland. His students hold positions in symphony orchestras, military bands, and at universities around the globe. Gilliam has taught clinics at institutions across North and South America, Europe, and Africa, including the Aspen Music Festival, Interlochen Arts Academy, New World Symphony, and at the Percussive Arts Society International Convention. He is co-founder of the annual Washburgh Timpani Seminar, a timpani coach for the National Youth Orchestra of the USA, and on the artist/faculty roster of the Stellenbosch International Chamber Music Festival.

Prior to his NSO appointment, Gilliam was principal timpanist of the Winnipeg Symphony for seven years. While there, he was also timpanist of the Manitoba Chamber Orchestra, Coordinator of Percussion Studies at the University of Manitoba, and for a time, played drum set for the WSO pops series.

A native of Gary, Indiana, Gilliam began his musical career playing piano, winning his first national competition at age 11. He began his studies at Butler University in piano performance, but later changed to full-time percussion study. He graduated with honors with a degree in Arts Administration and then continued his graduate studies at the Cleveland Institute of Music. Gilliam received an Honorary Doctorate from his alma mater in 2014 and was the commencement keynote speaker.

Gilliam is a strong advocate for diversifying the classical music landscape. Gilliam is a founding board member of the Alliance of Black Orchestral Percussionists, and a contributing member to the Black Orchestral Network and the Network for Diversity in Concert Percussion. In the aftermath of the murder of George Floyd, Gilliam co-founded We Over Me Productions, a production company created to use the arts to tell a story that will keep the conversation of systemic racism, social inequities and injustices at the forefront of people’s consciousness in an effort to create lasting change through tangible actions.

Locally, he has aimed to make music and the arts more accessible to underserved communities throughout the DC, Maryland, and Virginia region. In February 2021, he opened The Shed DMV, a 24/7 multi-studio rehearsal facility aimed to provide artists - of all levels and from every walk of life - the space, resources, time, and opportunity to create, collaborate, and grow.  The Shed partners with local schools and organizations to serve Prince George’s County youth through pro-bono programs, instrument donations, and clinic/masterclass support. The Shed is the home to Gilliam’s instrument rental company, Capitol Percussion + Backline Rentals.

Gilliam proudly endorses Yamaha musical instruments, Remo drumheads, Sabian cymbals, and has his own signature line of timpani mallets made by Innovative Percussion.

College of the Arts