The writer is a senior journalism student who has had the benefit of the CCI Semester in Florence (fall 2016) and is now studying abroad on her own in Prague as part of the CCI-Anglo American University partnership. She will blog periodically from Prague for CCI Global.

Last summer before my semester in Prague began, I spent some sleepless nights tossing and turning in bed with the question all vegan foodies ask themselves before traveling:

“What on earth am I going to eat?”

I’d been reassured by a professor that Prague was extremely vegetarian-friendly and abundant in fresh fruits and veggies, with farmer’s markets everywhere. I was excited by the prospect, but still uneasy about the gray area between vegetarianism and veganism. My only close experience was at Kent State Florence (Italy), but I’d only been vegetarian at the time during my semester there. Eating was a breeze with margherita pizza and caprese sandwiches everywhere, but upon recalling Nutella brioche piled high in the windows, I was anxious that uttering the word “soy milk” in the Czech Republic would send shock waves throughout the city (a tad dramatic but I’ve seen some adverse reactions in the United States).

Fortunately,  I had very little to worry about. Armed with research and a few restaurant recommendations, I stepped off the plane only to be greeted with “Vegg Bars” every few streets, and coffee shops offering a wide variety of alternative milk products. Most quick snack shops offer pita and hummus, raw pastries, and other creative options for a quick bite.

While I find grocery shopping for the first time in a new country difficult (so many rules, so little time to stuff all these groceries into my bag), the grocer right down the street from me was a good place to start. I began with basics, because reading Czech labels isn’t a strong skill for me yet, so I stuck with fruit, tortillas, beans, and frozen vegetables. Venturing out farther, I discovered larger markets have more plant-based products than an average Kroger or Acme, including food I’d never even known could be vegan, like chocolate pudding, yogurt, and stroopwafel (a Dutch waffle-like cookie). Walking down the Alpro (a popular European plant-based company) aisle is a vegan eutopia.

Traditional Czech cuisine is very meat-centric, and most articles in the local press cite the vegan trend sweeping Europe as the reason for adding more than fried cheese to the vegetarian section of their menus. A few years ago, the Internet informs me, my life would have been much harder and I would probably be eating those frozen vegetables several times a week. However, the vegan trend hasn’t been specific to central Europe, nor is it solely focused on plant-based products. It’s also been a push for substantial, quality food, ingredients plainly listed, and more allergen warnings on menus and labels.

One of my favorite aspects of vegan restaurants here is that they’re quick, ordering is easy, and the prices are pretty cheap. Many are buffet-style, like Veganland and The Loving Hut, both of which have multiple locations around the city. The average meal is under $5 (USD) and has a homemade feel to it, so loading up on kung pao stir fry, sweet potato chili, and ratatouille is a great option for busy evening classes.

Casual eateries like Burrito Loco and hot dog stands list their vegan options proudly for tourists and exchange students like myself. Festivals offer their own varieties of national dishes and are quick to label themselves the “cruelty-free stands.” Events around Prague appear to be competitions to see which local business can put the best plant-based spin on tacos or  burgers. Between raw bakeries (my favorite!) and Mediterranean bistros, food has become an easy way to connect with students and locals alike. Many young people, internationals and locals, identify as vegan or vegetarian, helping me make friends very easily at my school and form a quick bond with Anglo-American University’s fun-loving chef (I’m known as “bagel and hummus girl”):

“You’re the no-dairy girl, right? Are you coming to the barbecue this weekend? These vegan burgers are going to be amazing.”

AAU even has a vegan cooking club, and made sure there were plenty of options at orientation, like veggie and hummus sandwiches, soy shakes, and fruit. Student workers in the cafe at AAU are quick to offer me different options if the soup of the day contains milk, and even get creative because they understand what it’s like to eat vegan. I never fail to smile when the student working in the cafeteria offers me a vegan brownie she specially made and was saving for our group.

I was asked frequently before leaving the U.S. whether I felt like I would miss out on cultural experiences because of my diet choices. I did consider this question a lot and weighed my values, which I always consider a healthy thing to do, but found that the benefits, for both the environment and myself, outweighed the experience of trying meat and cheese for a few months. Beyond that, yes, it’s important to experience Czech culture, but veganism itself has become apart of Czech culture. It’s about more than food. It’s about bonding with locals and other global students who care about animal advocacy and human rights issues just as much as I do, which feels more meaningful and more impactful than going out for gelato with friends.

It’s also become another factor that motivates me to separate from the group and get out on my own. I don’t mind asking a waitress to hold the butter, but asking a group of three or more people to walk out of their way to a pizza place that doesn’t use egg in their dough for me just doesn’t feel right. My friends here have been curious about what I eat and even times opt for the vegan option with me, which is a great aspect of my culture to share with them, but sometimes being the odd one out does require walking a little out of my way. This has resulted in some quality time alone and even better food discoveries, including the best peanut butter pie I’ve ever had, and cute cafes that make their own pita and hummus (a perfect study snack).

When it comes to dining locally or going to a new restaurant I haven’t researched, reactions from locals are usually understanding, but when I inquire about a dish’s ingredients, I’m sometimes met with a frown and occasionally, an ominous “life here is going to be very hard for you.” Fortunately, this reaction usually comes from the very traditional, older locals who don’t quite understand, but are usually willing to help me find something on their menu I can eat. One major and favorite find was a restaurant called Vegan’s Prague, which uniquely offers traditional Czech dishes like goulash and svičková (dumplings and meat in sauce), but with a vegan twist.

So while I do stay away from tourist restaurants listing 10 or fewer dishes, as well as very traditional Czech eateries, most of the time I don’t need to put that much thought into what’s for dinner. There are a few quirks: don’t order plain rice. I had a giggling waitress check up on me at least three times to make sure I thought it was good. (Seriously.)

To all my concerned friends and family who wonder if I’m eating enough:  I have more falafel than I do problems. I’m eating very well, thank you. 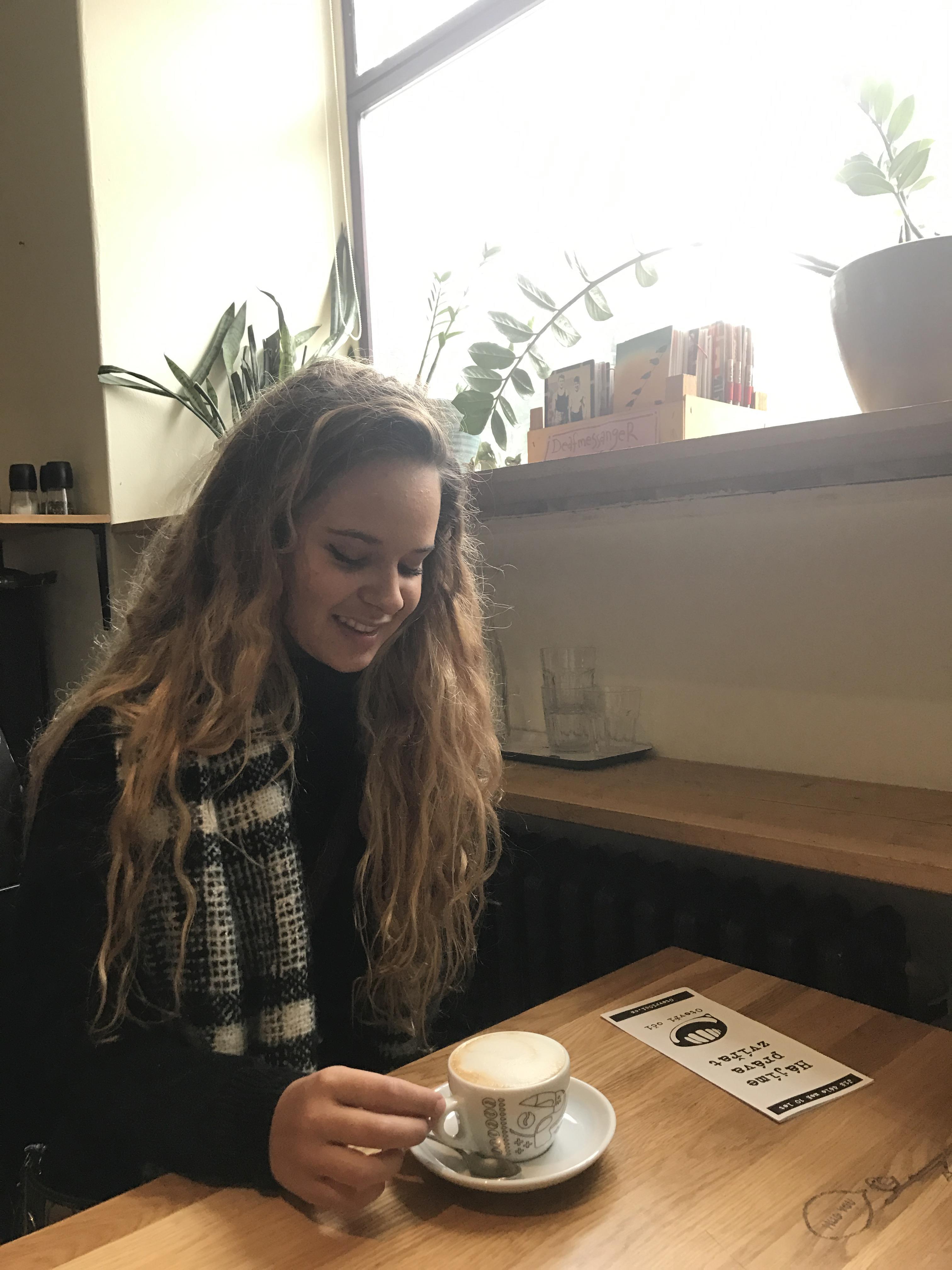 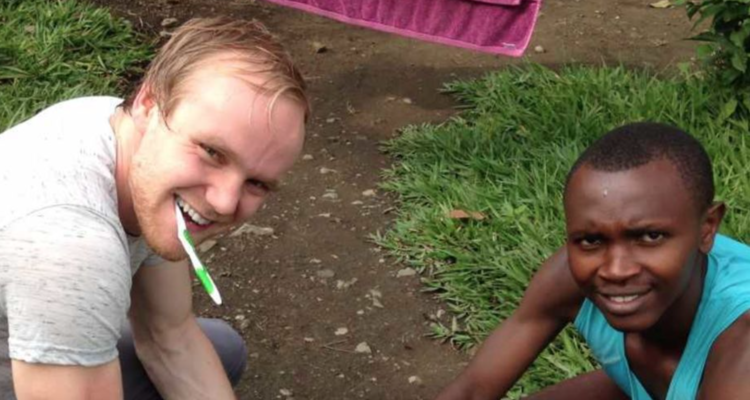