October 29, 2019 - Digital Sciences students at Kent State University completed a VR tour guided by television commentator and CNN host Carol Costello, shot in 4K 360 stereo. This was a collaboration involving a year long Capstone project with media, film, project management, and technology. This project gave students a taste of what a production of this scale would take from idea to completion. The next step would include sharing this experience with prospective students, alumni and other potential partners through a Google Cardboard campaign.

Digital Sciences students at Kent State University were given a design challenge by Student Media to develop a new way to engage with students.

Digital Sciences Capstone students considered not only the challenge at hand to engage students but then imagined ways to reach potential students and generate awareness for some of the exciting opportunities in the College of Communication and Information (CCI) department. The main goal of the project extended beyond the deliverable 360 tour, to additionally consider further mediums for the delivery and use. The team focused on story, engagement, immersion, and communication.

"Okay now where do we begin?"

What resolution? Final output? What color depth is possible? What camera settings should be used for each location? How many do we need? How do you sync all the cameras? How much? Stereo?

What camera rig is best? What price?

What software is best for seaming all the images together?

How do you bring all the footage together and view it properly? How do you manage the files and keep them all organized? This file management question was one of the greatest challenges. What production management software? 2K, 4K, or 8K stereo output? Stand alone app or Google cardboard?

Who will be the main talent? "Without an appealing host it's just another virtual tour."

Carol Costello, an alumna of Kent State CCI, joined the team after being presented early storyboards and a elevator pitch of the project.

Why 360? Why immersion? What is the story? Students undertook the challenge of scripting out a thread to keep the users and audience engaged while delivering information and showcasing the space. The boards presented not only the space composition but also the planning and choreography through this space.

shots from the production 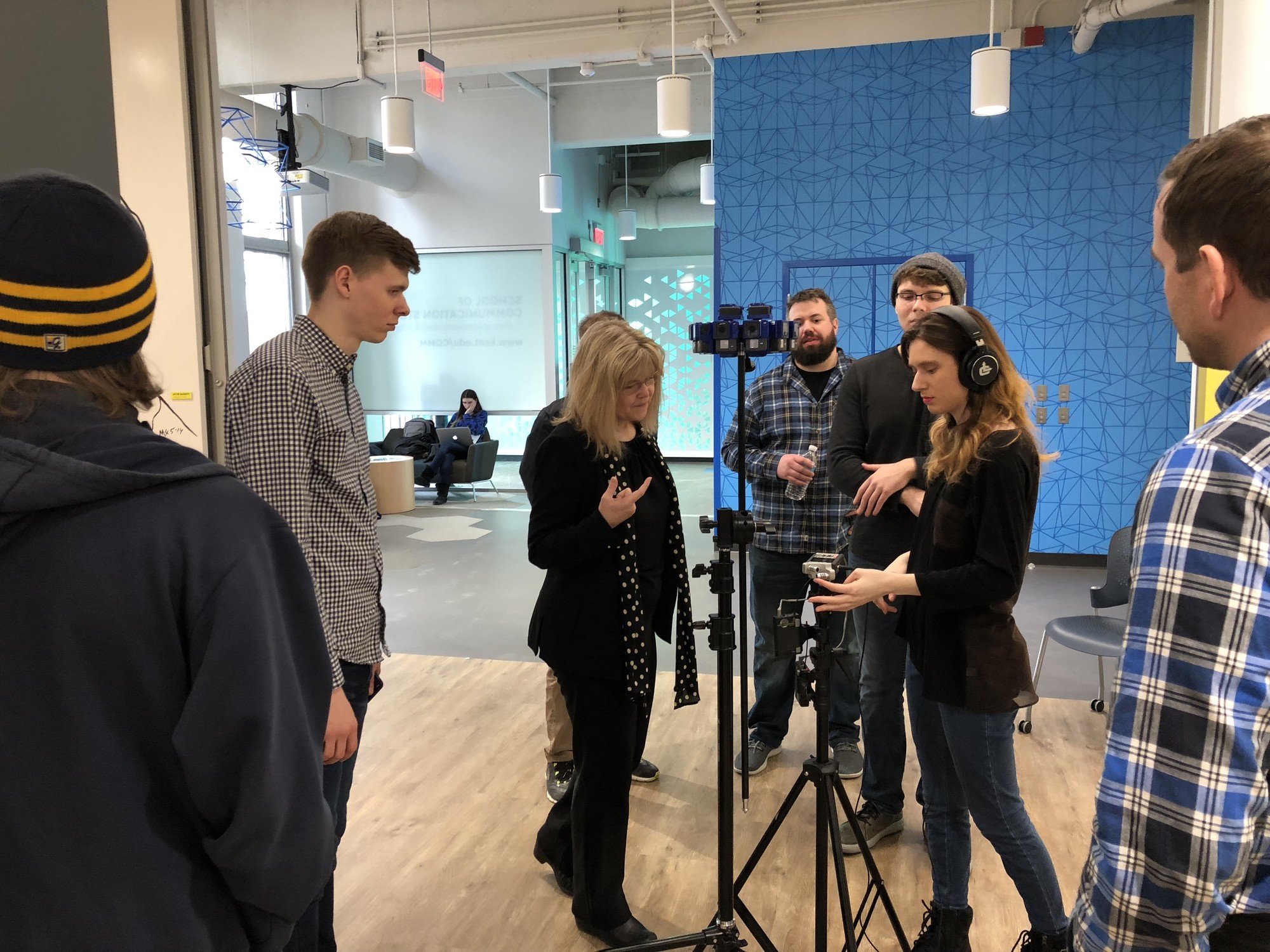 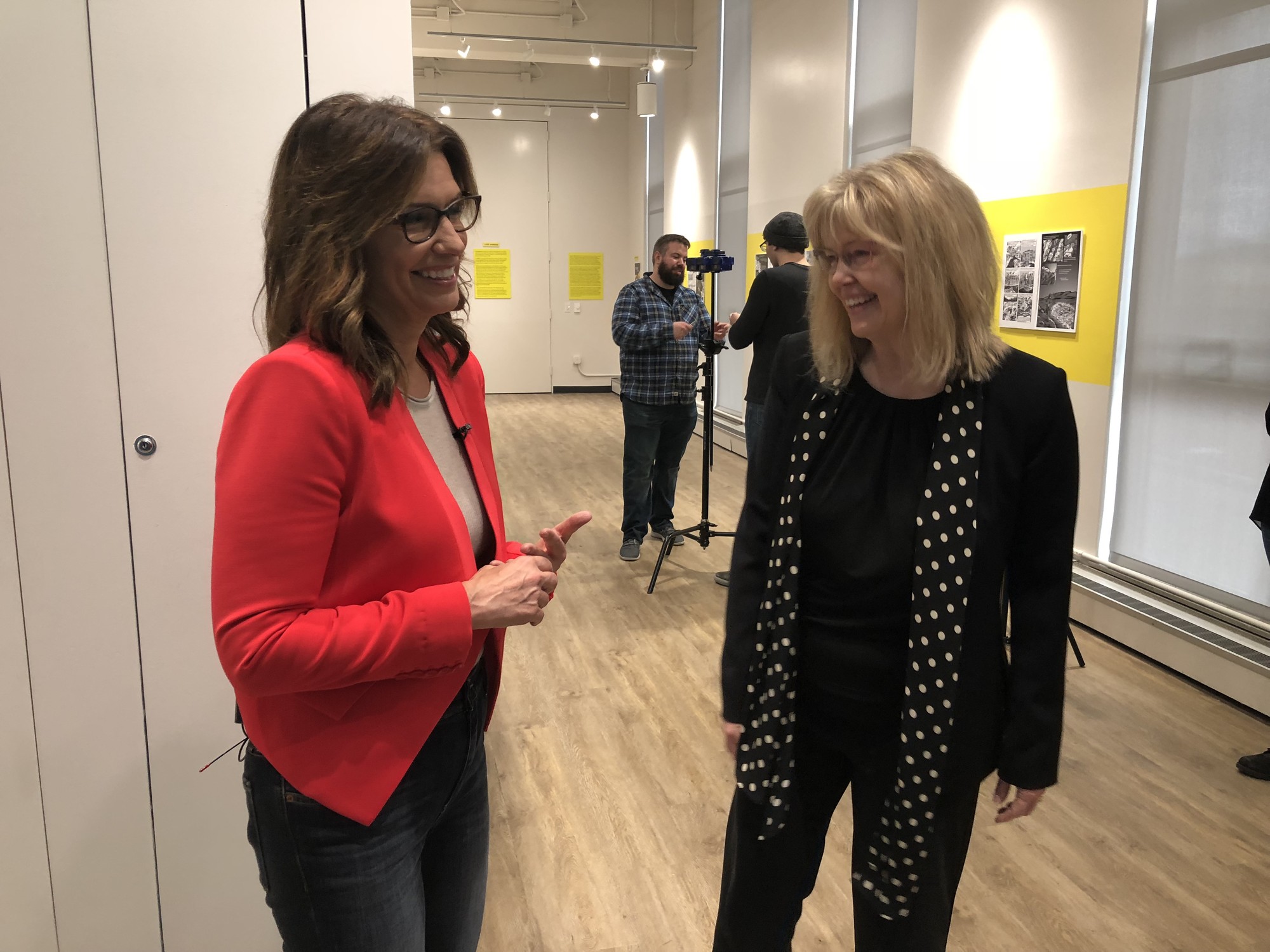 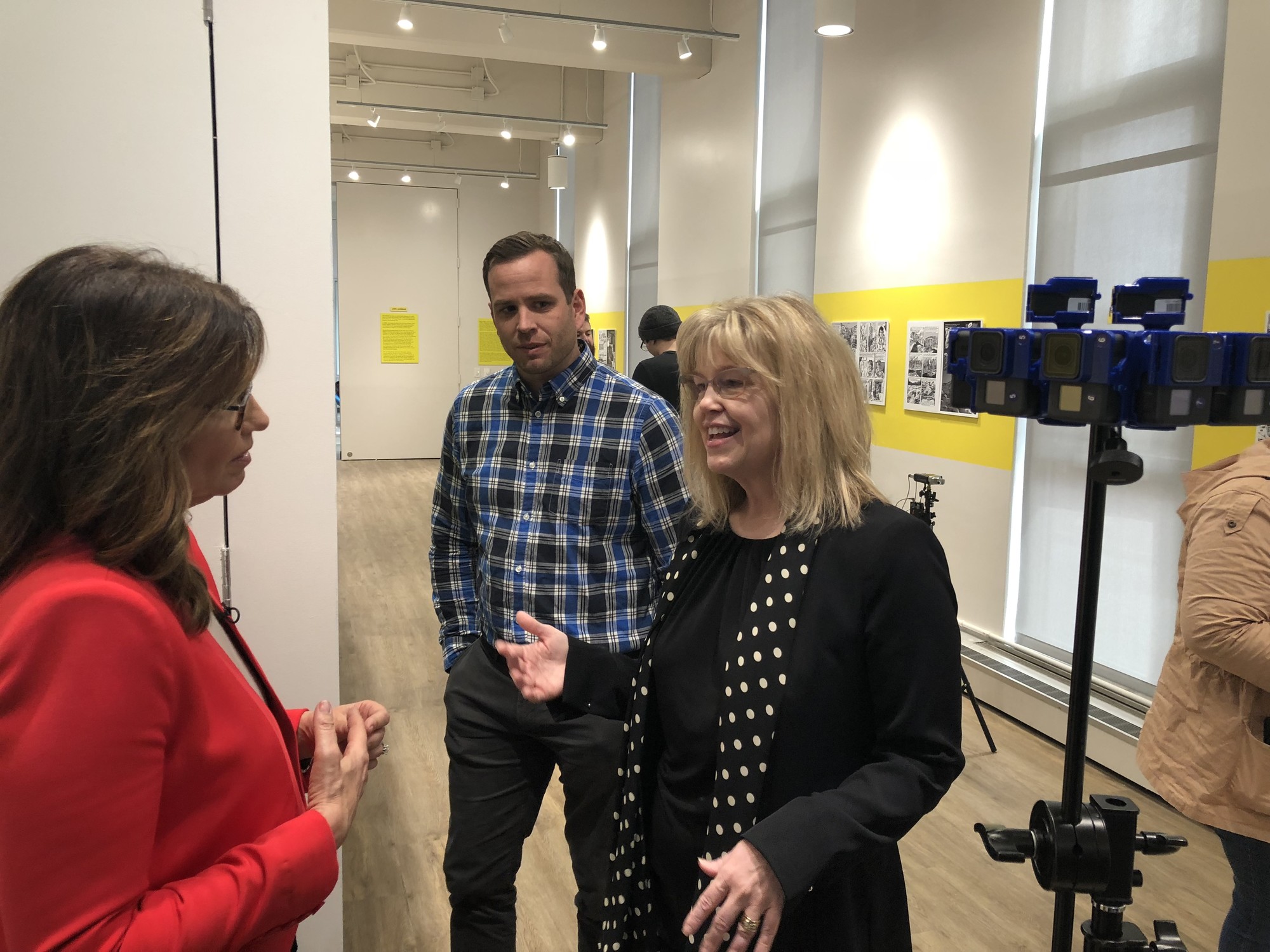 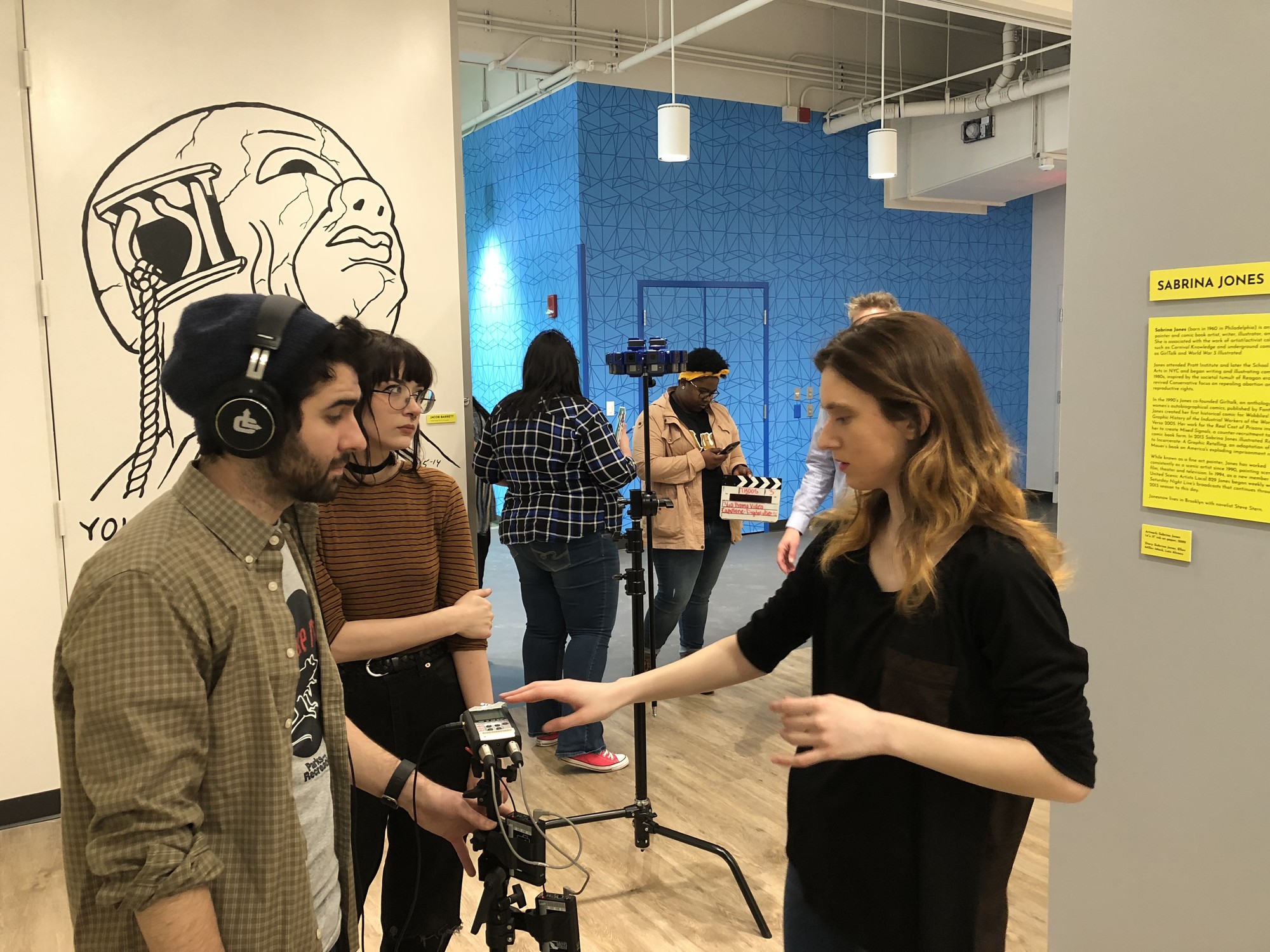 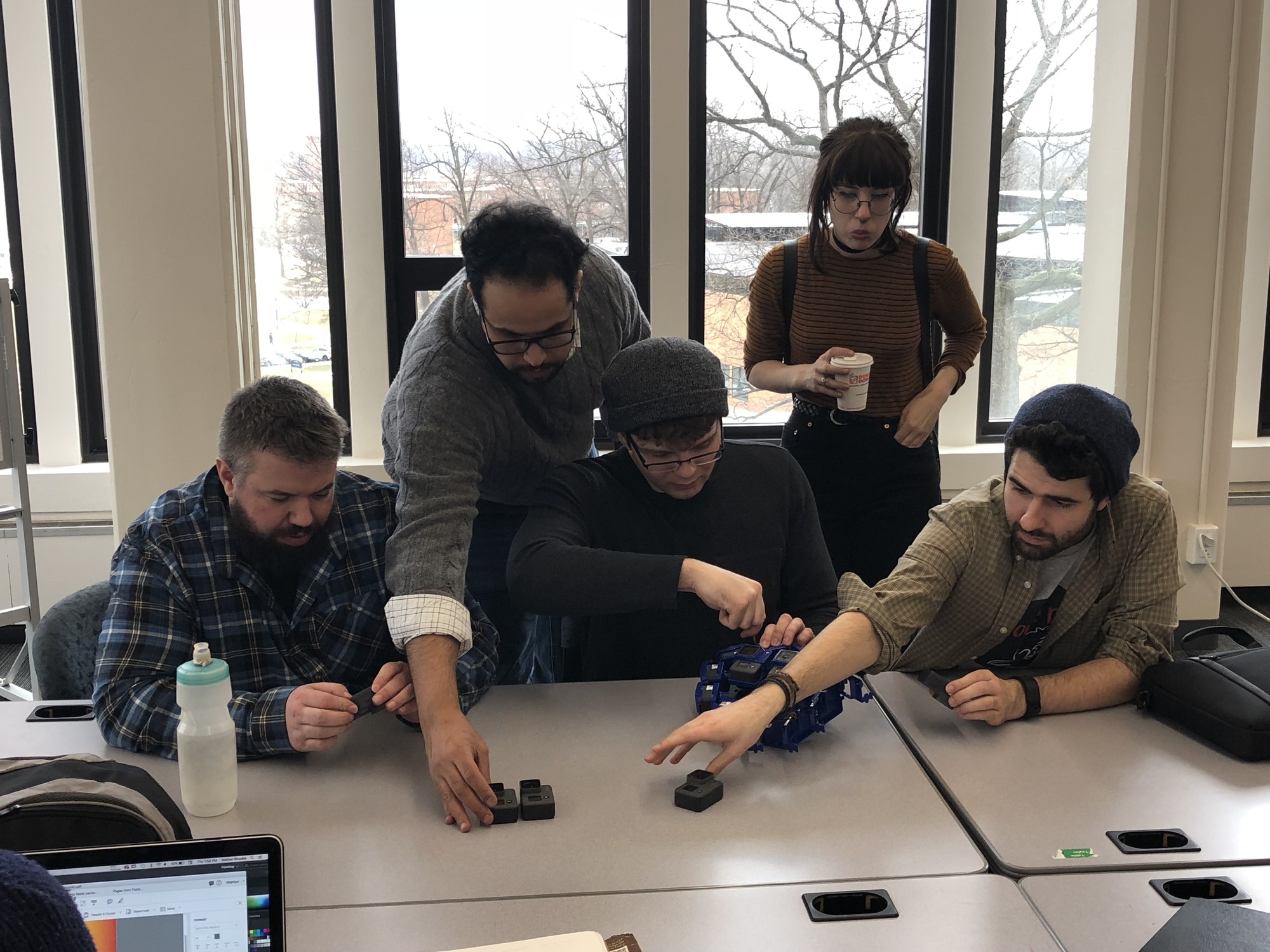 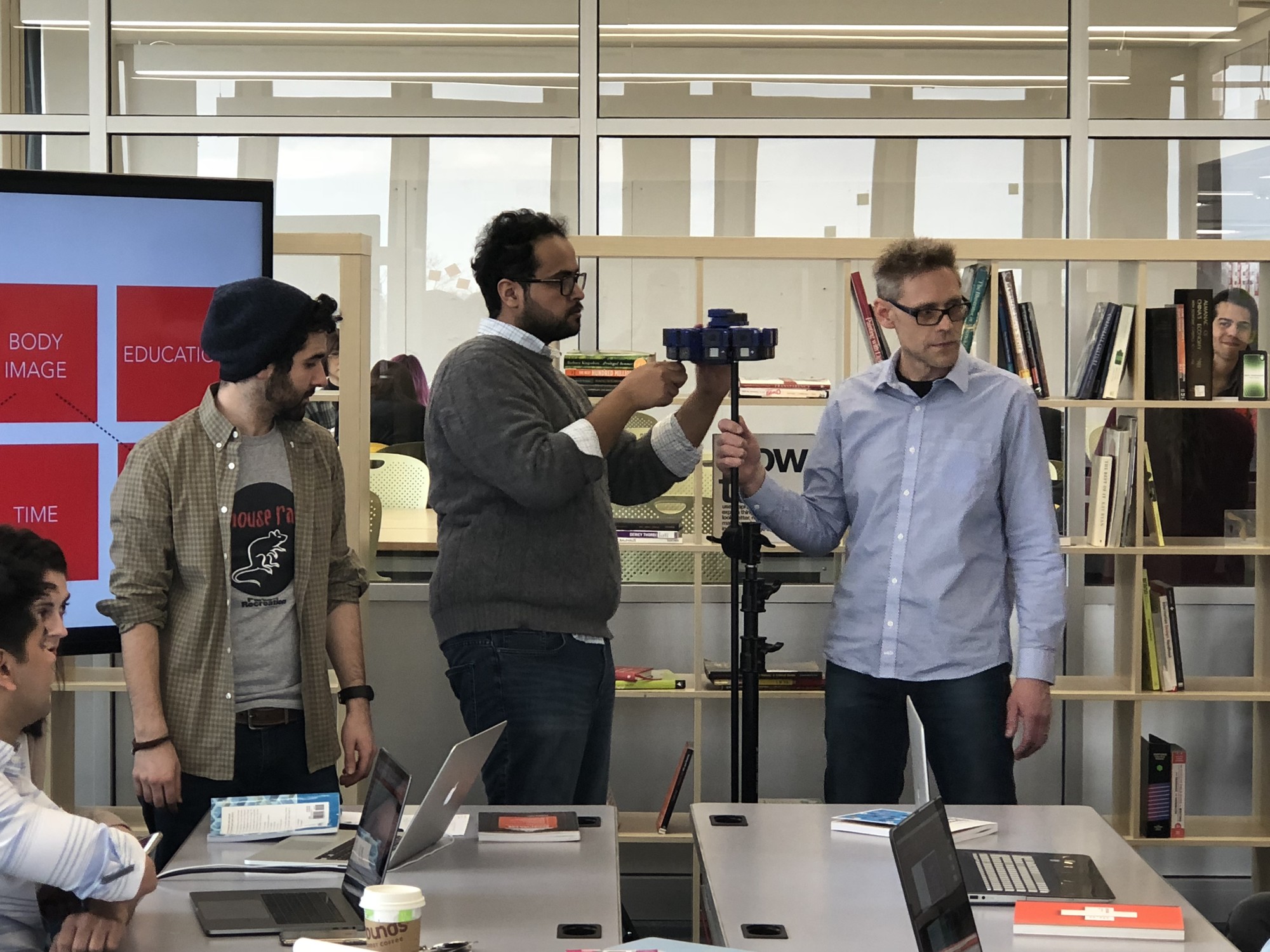 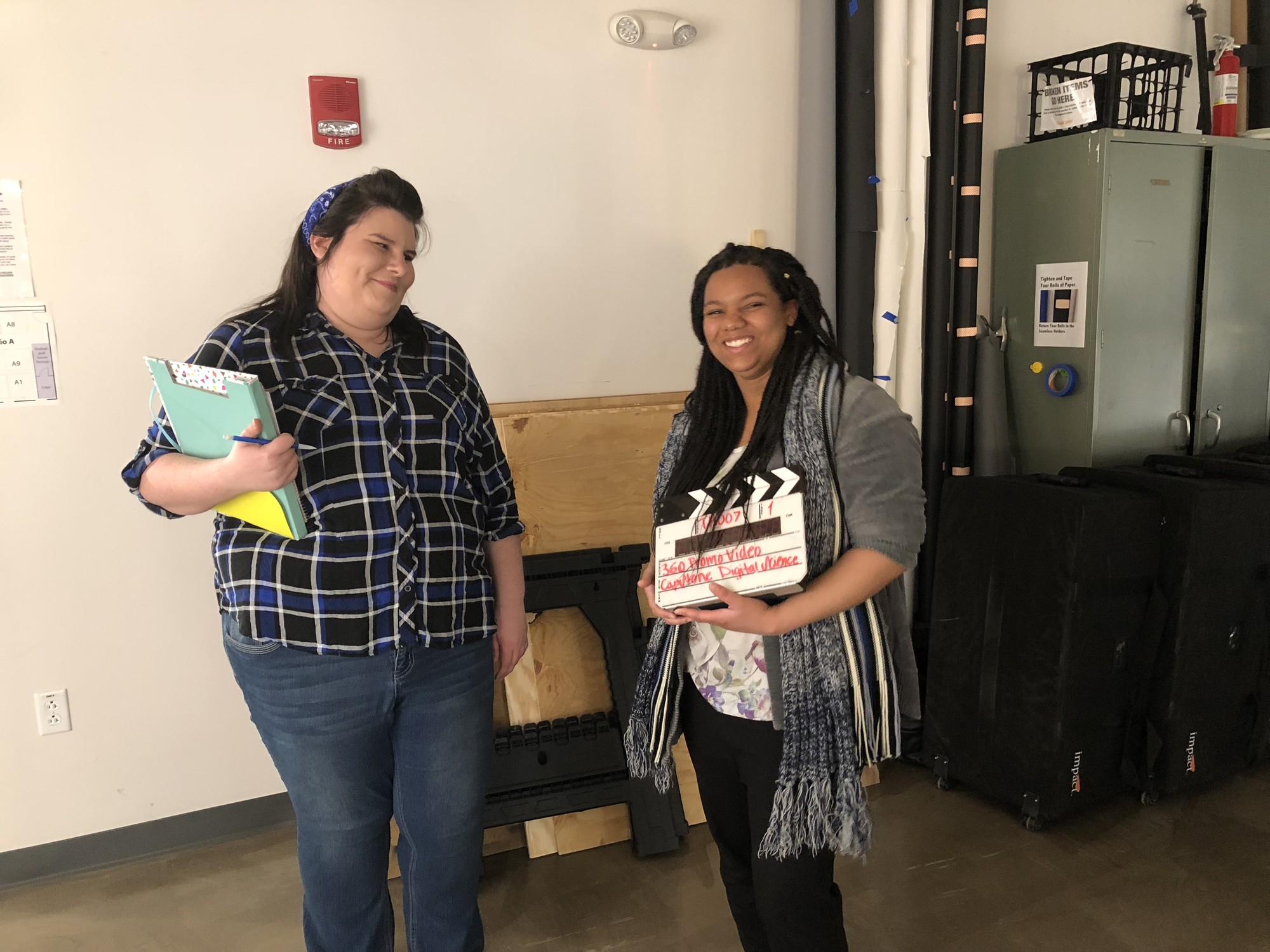 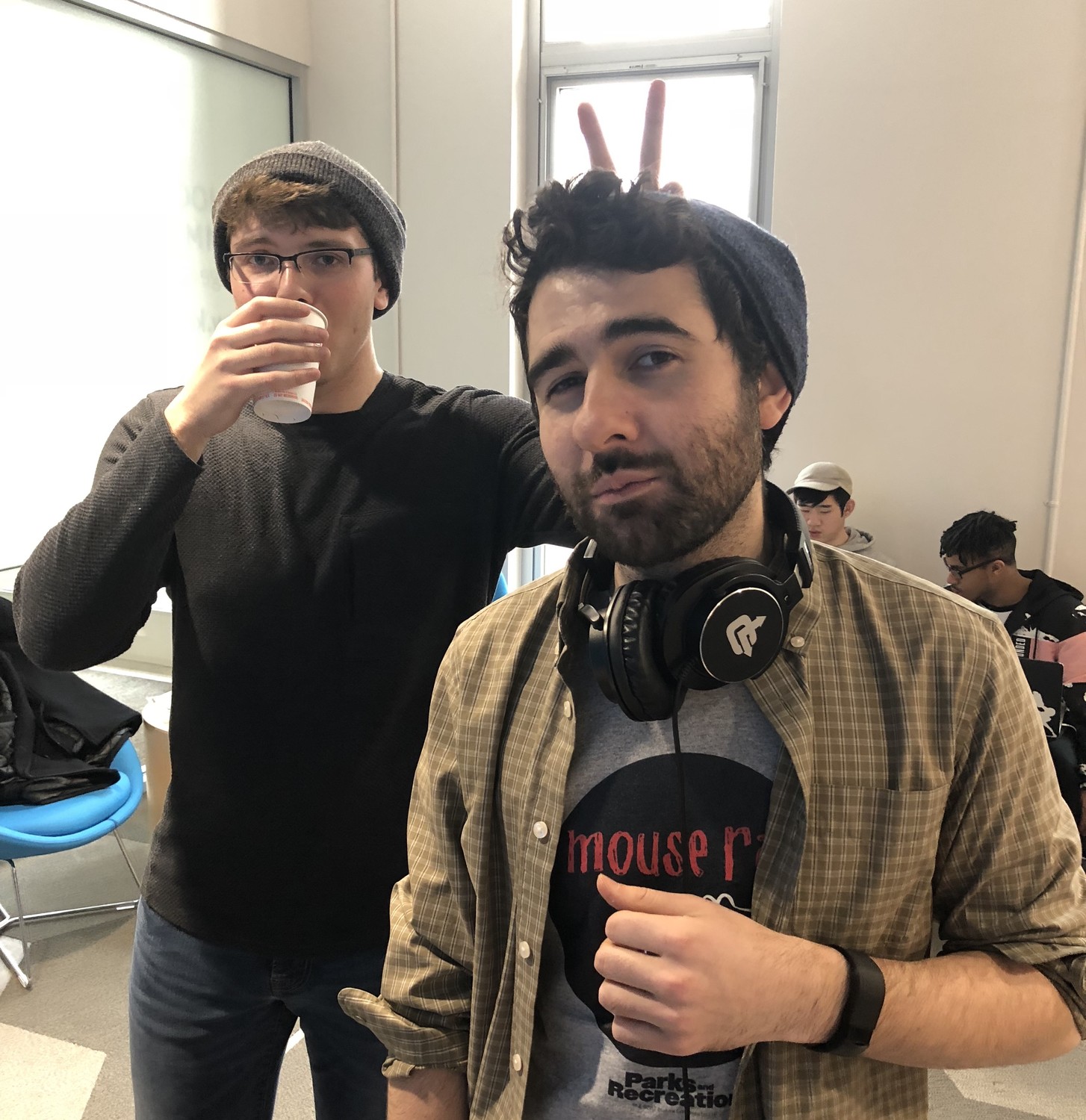 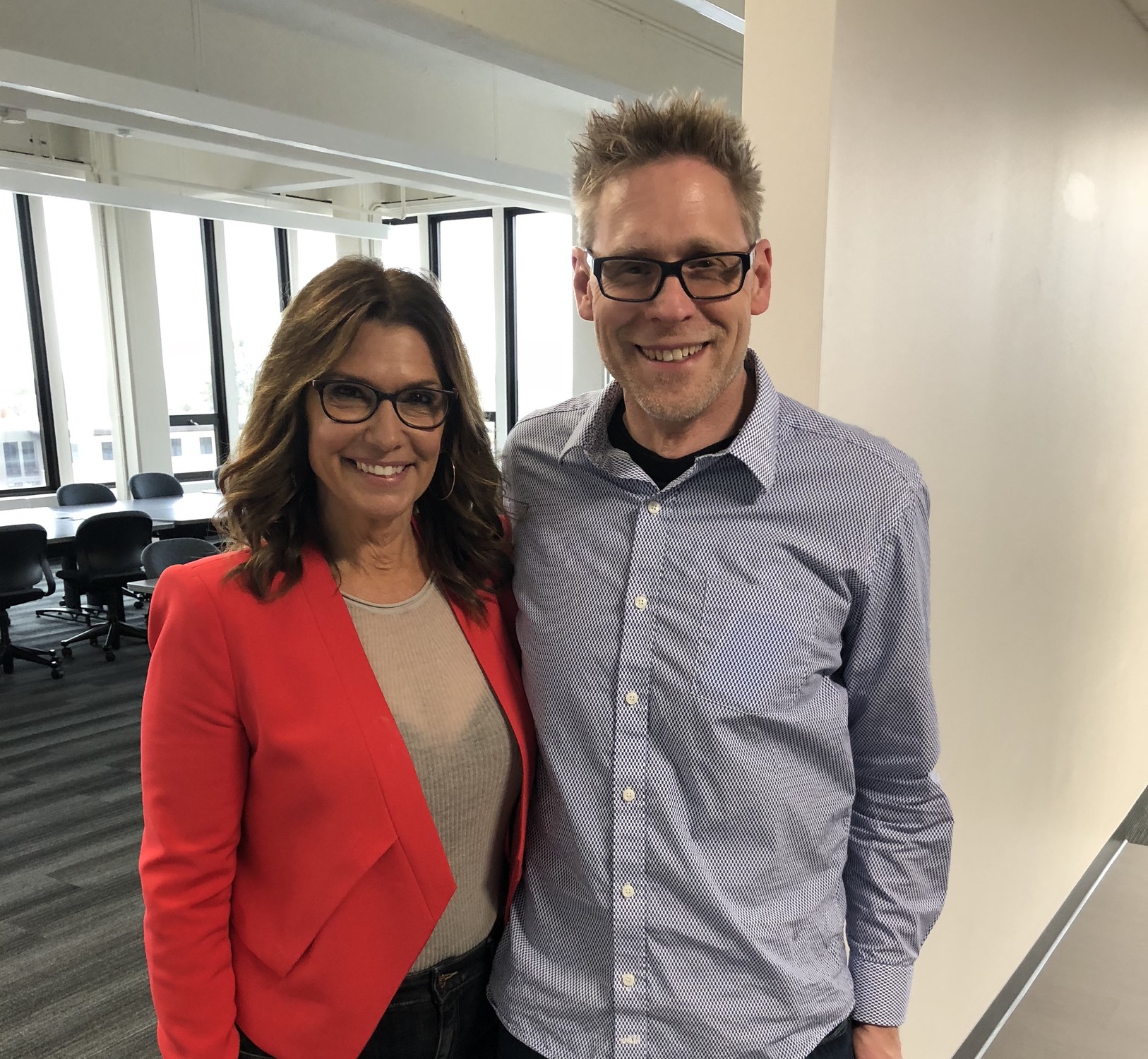 School of Emerging Media and Technology
College of Communication & Information