The Virginia Hamilton Conference on Multicultural Literature for Youth celebrated its 33rd year in 2017. Nearly 200 writers, illustrators, librarians, teachers, students and scholars gathered for this inspiring, informative event on April 6 & 7, 2017. 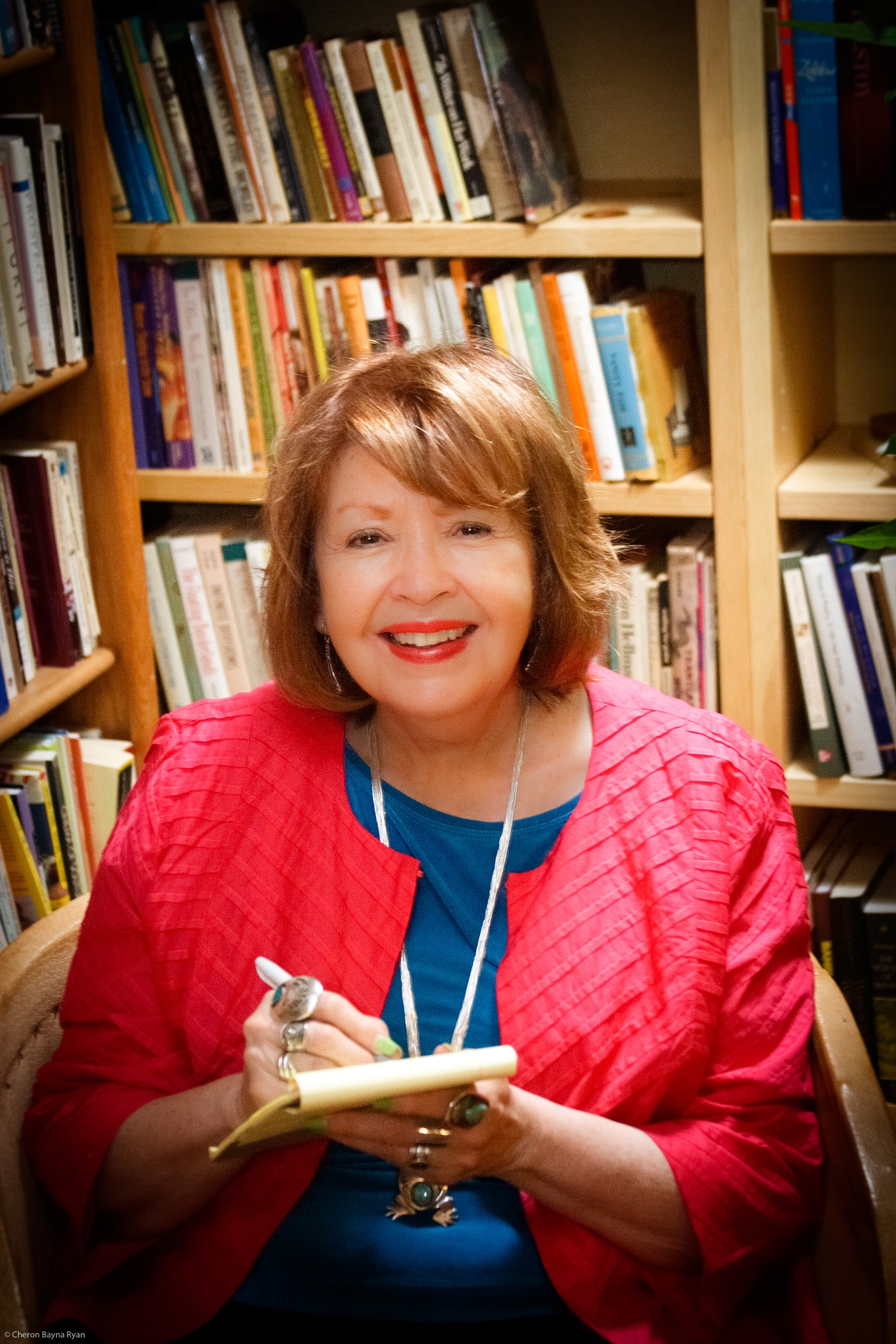 Many cultures have traditions for honoring their loved ones. In Remembering Day: El Día de los Muertos, Pat imagines how this custom may have started in Mexico. Other recent books include Water Rolls, Water Rises/El agua rueda, el agua sube and two recent books she wrote with her daughter, Libby Martinez, I Pledge Allegiance and Bravo, Chico Canta! Bravo!

Pat enjoys writing, presenting, and promoting creativity, inclusivity and bookjoy. Among her other children's books, many available in Spanish or bilingual editions are The Beautiful Lady: Our Lady of Guadalupe; her haiku collection Yum! ¡Mmm! ¡Qué Rico! winner of the Américas Award and an ALA Notable; and Doña Flor: A Tall Tale about a Giant Woman with a Great Big Heart, an ALA Notable that received a Pura Belpré Author Honor Award and a Golden Kite Award from the Society of Children's Book Writers and Illustrators.

Her books for adults include Zing! Seven Creativity Practices for Educators and Students, a writing memoir and innovation guide; House of Houses, a family memoir; Nepantla: Essays from the Land in the Middle; and six poetry collections, the most recent, Adobe Odes. Her most recent collection for teens is Dizzy in Your Eyes: Poems About Love written in teen voices.

Among her awards are Honorary Doctorates from North Carolina State University and SUNY Buffalo, Honorary Membership in the American Library Association, Life-time Membership in USBBY, a Civitella Ranieri Fellowship to write in Umbria, Italy, and a Distinguished Alumni Award from the University of Texas at El Paso. She was a recipient and judge of a Poetry Fellowship from the National Endowment for the Arts and a recipient and advisor of the Kellogg National Leadership Fellowships.

A former teacher, university administrator, museum director, and consultant, Pat is a popular national speaker at conferences, campuses, libraries and schools. She has three adult children and a sweet Austin granddaughter. Pat is married to anthropology professor Vern Scarborough and lives in Santa Fe, N.M. 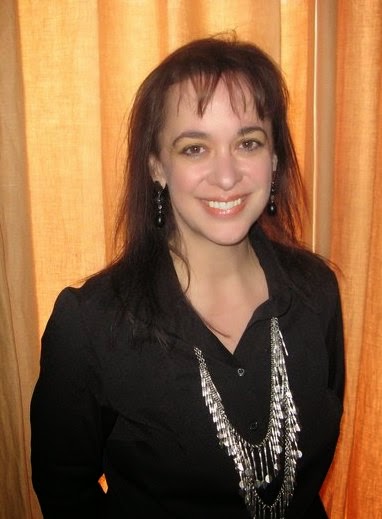 Cynthia is also the author of several award-winning children’s books, including: Jingle Dancer, illustrated by Cornelius Van Wright and Ying-Hwa Hu; Rain Is Not My Indian Name; and Indian Shoes, illustrated by Jim Madsen; all published by HarperCollins.

Cynthia was named a Writer of the Year by Wordcraft Circle of Native Writers and Storytellers in recognition of Rain Is Not My Indian Name. She is an enrolled tribal member of the Muscogee (Creek) Nation and member of the advisory board of the We Need Diverse Books nonprofit organization. She serves on the faculty of the Vermont College of Fine Arts MFA program in Writing for Children and Young Adults.

Of late, she was named the first Spirit of Texas Young Adult author by the Young Adult Round Table of the Texas Library Association and the first young adult author to be honored with the Illumine Award by the Austin Public Library Friends Foundation. The Austin chapter of the Society of Children’s Book Writers and Illustrators also instituted the Cynthia Leitich Smith Mentor Award in her honor.

(“Leitich” is pronounced Lie-tick. First a long “i,” then a short “i,” followed by a hard “k.” Listen to Cynthia say her name via the Author Pronunciation Guide from TeachingBooks.net.) 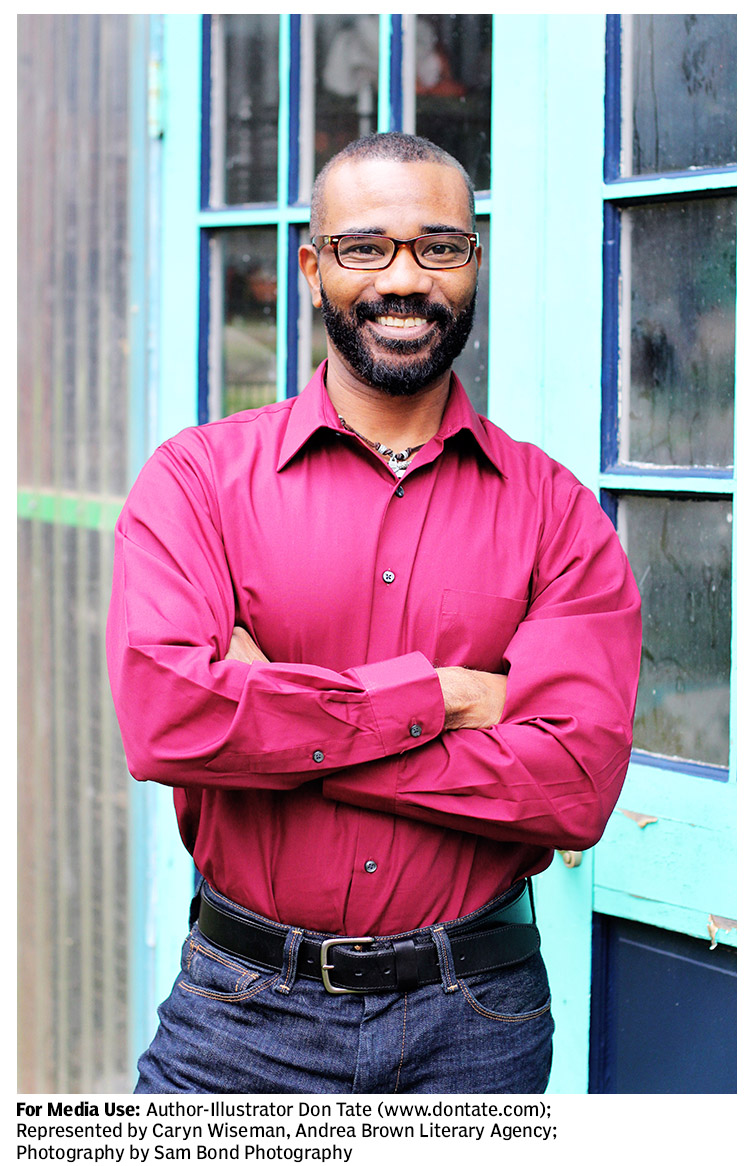 Don Tate is an award-winning author, and the illustrator of numerous critically acclaimed books for children. He is also one of the founding hosts of the blog The Brown Bookshelf — a blog designed to push awareness of the myriad of African American voices writing for young readers, with book reviews, author and illustrator interviews — and a member of the #WeNeedDiverseBooks campaign, created to address the lack of diverse, non-majority narratives in children’s literature.

The Cart That Carried Martin (Charlesbridge, 2013) is a Junior Library Guild Selection, 2014 Notable Social Studies Trade Books for Young People recipient, 2013 Blue Ribbon winner presented by The Bulletin of the Center for Children’s Books, and a North Carolina Book Award nominee; Hope’s Gift (Penguin, 2012) was Selected for the 2014 Notable Social Studies Trade Books for Young People; Duke Ellington’s Nutcracker Suite (Charlesbridge, 2011); She Loved Baseball (HarperCollins); and Ron’s Big Mission (Penguin). He is also the author of It Jes’ Happened: When Bill Traylor Started To Draw, an Ezra Jack Keats New Writer Honor winner. The book was also selected as a Kirkus Best Children’s Books List Selection, a Booklist Editors’ Choice, 2012, and a New York Public Library Top 100 Titles for Reading and Sharing, as well as one of Bank Street College of Education Best Children’s Books of the Year, 2012.

He lives in Austin, Texas, with his wife, Tammy, and his son, Kolby.