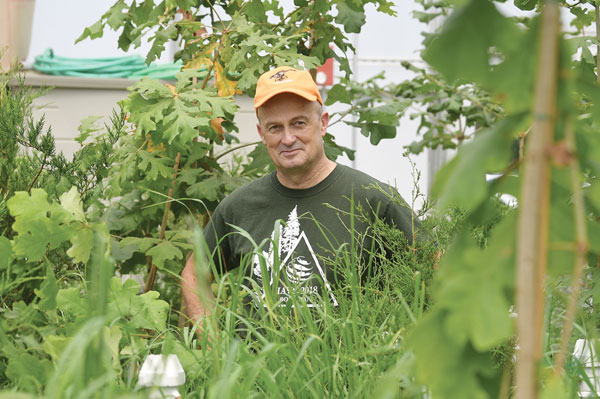 Woody shrubs are moving in on grasslands around the globe. A Kent State biology professor reveals how that could affect the soil and atmosphere.

Ecosystems in today's world are responding to a wide variety of environmental changes. What happens when these changes interact? That was the topic of a recent paper published by David Ward, PhD, the Art and Margaret Herrick Endowed Professor of Plant Biology in Kent State University’s Department of Biological Sciences, and international colleagues and graduate students in the journal Scientific Reports.

Although climate change is often viewed as the overriding global challenge, grasslands around the world are often directly threatened by a simple neighboring plant. Like a neighbor who shifts their garden further and further onto your lawn, woody shrubs have been gradually moving into grasslands and displacing native grass species.

In their new paper, Ward and colleagues asked whether this encroachment of woody shrubs into grasslands in South Africa would increase or decrease the amount of carbon stored in the soil under the plants. Answering this question will help us understand whether or not grasslands of the future will become carbon dioxide sources, contributing to the increased carbon dioxide in the atmosphere and global greenhouse effect.

This study revealed an important explanation to a puzzling observation— if the goal is to store carbon in grassland soil, shrub encroachment may be harmful in one place but helpful in another place. The researchers dug down a meter into the Earth to measure carbon stored with and without the encroaching shrubs. Their findings indicate that, in these dry regions of the world, rainfall is the switch that controls the effects of shrub encroachment.

In dry regions of the world, rainfall is the switch that controls the effects of shrub encroachment.

Identifying rainfall as a control over the different effects that shrubs can have on grasslands means that we may be able to predict the effects of shrub encroachment on climate change as we continue to learn about these important ecosystems.