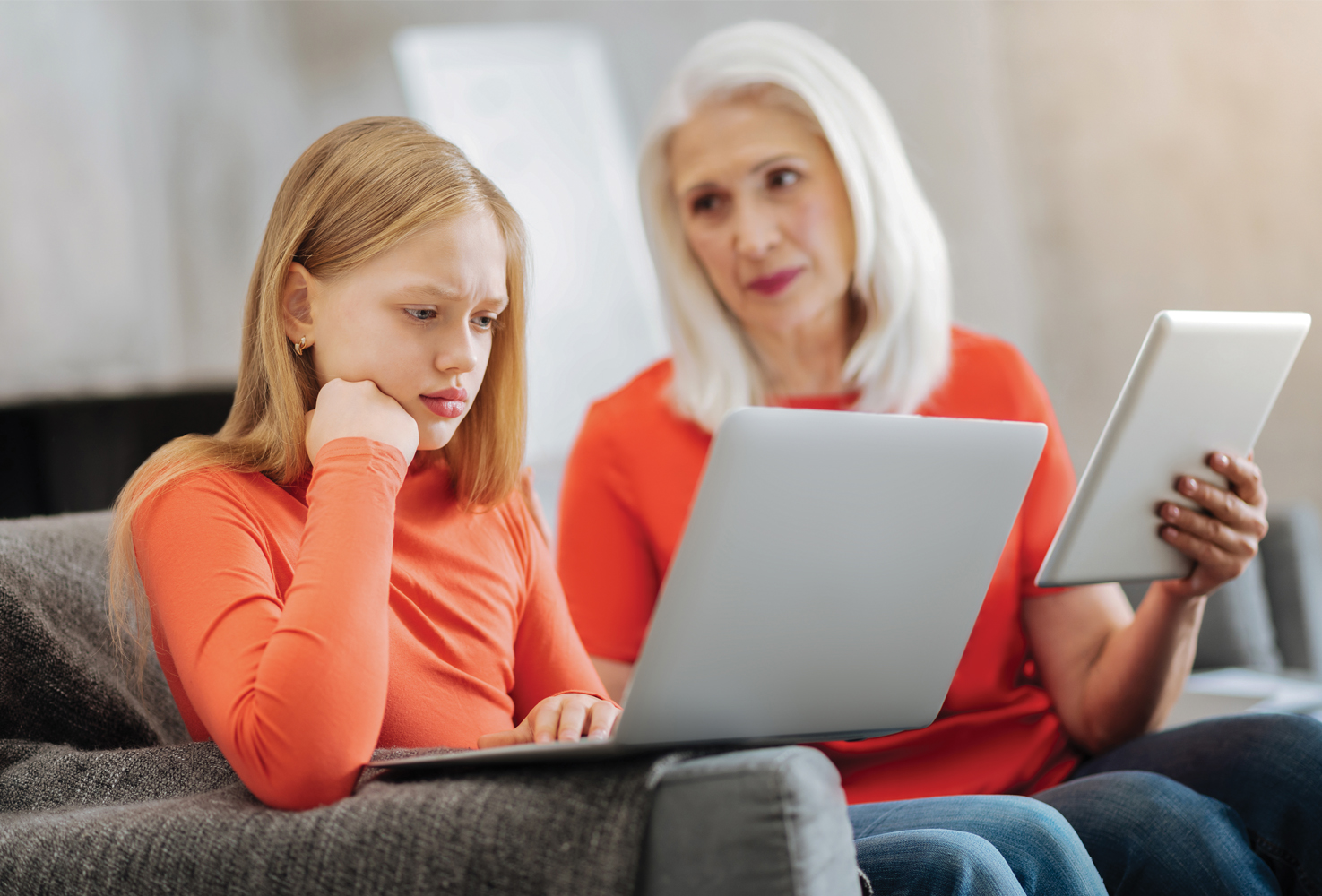 A Kent State gerontologist has developed a social intelligence training intervention to improve the well-being of custodial grandfamilies.

Custodial grandparents and their grandchildren are a unique and little-understood population, as are the physical and social health challenges they face.

A Kent State University researcher has designed a program that could help assess the well-being of such families and provide resources to help them thrive.

Gregory Smith, EdD, professor and director of the Human Development Center in the School of Lifespan Development and Educational Sciences in Kent State’s College of Education, Health and Human Services, has already advanced to the second phase of his five-year $1.2 million project, “Social Intelligence Training for Custodial Grandmothers and Their Adolescent Grandchildren,” funded by the National Institutes of Health’s (NIH) National Institute on Aging.

The project stands on the shoulders of two previous federally funded studies Smith has conducted since he began researching custodial grandfamilies in 1996.

About a million grandparents in the United States are taking on a custodial or skipped generation role—meaning they are raising grandchildren on a fulltime basis in their own home without involvement from birth parents (although many grandparents don’t have legal custody), says Smith. Parent substance abuse, incarceration and mental illness are some of the causes behind this custodial caregiving.

“Most of the researchers who study these families are gerontologists like me,” he says. “The earliest research on these families applied theoretical models and conceptual frameworks that we used to study family caregivers to older adults. Through that first study, I caught on to the fact that this is really a parenting phenomenon.”

The study involved phone interviews with more than 700 custodial grandmothers and 200 custodial grandfathers from the same families, and addressed factors related to stress and the psychological health of all family members.

From that, a second study emerged, based upon literature showing that caregivers’ psychological distress impacts children’s outcomes through parenting practices.

The findings of the study were summarized in the 2018 article, “A randomized clinical trial of interventions for improving well-being in custodial grandfamilies,” published in the American Psychological Association’s Journal of Family Psychology.

The first two interventions were equally effective in reducing distress and improving parenting behaviors among grandmothers and lessening psychological difficulties among grandchildren—and more successful than the information-only approach.

Based on all previous findings and a review of literature, Smith’s current project focuses on grandmothers of children ages 12 to 18. “Adolescent grandchildren had been largely ignored, so we’re the first study looking explicitly at them,” he says. “Our focus on delivering the intervention to the grandmother and grandchild simultaneously makes great sense because we know female caregivers have the greatest impact on adolescents’ social intelligence development, and adolescence is the peak period for developing social intelligence.”

Smith says social intelligence—the ability to effectively navigate and negotiate complex social relationships and environments—is negatively affected when children experience early life adversities like being abused by a parent, having a parent incarcerated or dealing with the death of a parent. “That throws off a person’s ability to form social intelligence, which in turn prevents them from forming meaningful and helpful relationships with other people.”

Social intelligence training is thought to be especially effective in people who have experienced early life adversities, says Smith. “Ours is the first study of any type to look at the effect of delivering a social intelligence intervention simultaneously to a female caregiver and an adolescent child.”

Smith and another principal investigator at Arizona State University developed an online social intelligence training program for the grandmother/grandchild dyad. The online nature of the program solves many problems, he says. Previous studies that asked the grandmothers to take part in ten group sessions at a specific day, time and place met with significant difficulties.

“With the online intervention, they just log on and they can watch it any time,” he says. “They can do it together with their grandchild or separately, and they don’t have to leave the house.”