Bringing Innovation to the Market

In May, the Ohio Third Frontier Commission approved Round 2 of the TeCK Fund, a $600,000 hybrid technology commercialization accelerator program that assists university faculty and startup companies to bring innovative new products to the market.

The program is jointly administered by Kent State University and Cleveland State University (CSU), with funding provided by the Ohio Third Frontier Commission and the two universities. The grant awards $300,000 in Third Frontier funds; Kent State and Cleveland State will contribute $150,000 each. The award also approves the addition of two new members to the TeCK Fund selection committee, which is responsible for awarding funds to innovators.

“We are pleased the Third Frontier Fund acknowledged our unique partnership with Cleveland State, and we look forward to working closely with Kent State inventors who are interested in moving our technology out of the lab and into the market,” says Stephen Roberts, director of the Technology Commercialization and Research Finance office at KSU—which helps faculty evaluate product potential, protect their intellectual property, assist with marketing and sales, and support startup and economic development. “We also encourage our faculty members to work closely with JumpStart and BioEnterprise, Northeast Ohio–based entrepreneurial support programs.”

Roberts says the two universities hope to fund more projects this time by lowering the minimum award amount to stretch available funds further. Awards will range in size from $25,000 to $100,000, and are intended to build working prototypes of university inventions, test those prototypes in real-world situations and determine the most efficient pathways to commercial markets.

“We look forward to working closely with Kent State inventors who are interested in moving our technology out of the lab and into the market.”— Stephen Roberts, Director, Technology Commercialization and Research Finance

“CSU and Kent State have unique research portfolios that provide significant opportunities for commercialization in a host of fields, from drug development to assistive devices to liquid crystals,” notes Jack Kraszewski, director of the Technology Transfer Office at CSU. “This additional award for the TeCK Fund will accelerate the process for licensing new innovations, while spurring the development of technology transfer opportunities with numerous companies across the state.

Since its inception in April 2017, the TeCK Fund has supported seven projects at the two institutions, with awards totaling $700,000. Kent State will be the lead institution for this grant, which runs through May 2020. 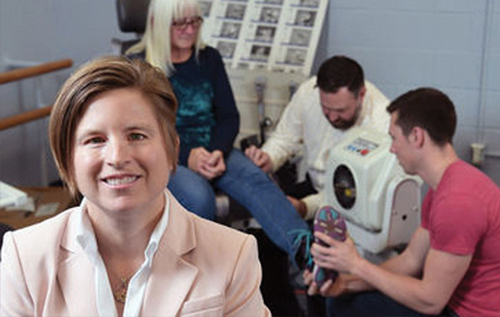 Angela Ridgel, PhD, associate professor of exercise science in the College of Education, Health and Human Services, received a grant from the TeCK Fund to help pay for the design and manufacture of a SMART (Speed Manipulated Adaptive Rehabilitation Therapy) Cycle prototype, a motorized therapy bike specially tailored to help ease the symptoms of patients with Parkinson’s disease. She worked with engineers at Case Western Reserve University and Rockwell Automation in Cleveland to develop advanced programming features so the cycle’s controls will adapt to different patients’ abilities and needs. Ridgel hopes that within several years of research and funding, Parkinson’s patients could have the bike in their homes for daily therapy. 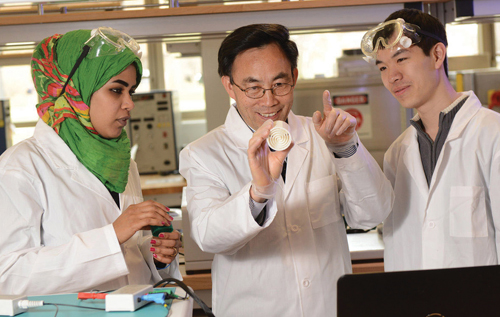 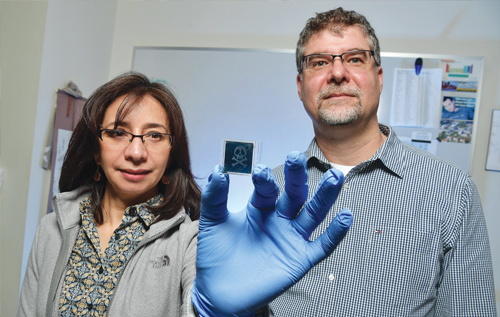 Torsten Hegmann, PhD, director of the Advanced Materials and Liquid Crystal Institute, and Elda Hegmann, PhD, assistant professor in the Department of Biological Sciences, received a grant from the TeCK Fund to study liquid crystal-nanoparticle sensors. The integrative sensor systems, which the Hegmanns have developed with Merck Performance Materials, display a warning text or image in the presence of toxic gases and vapors. The project may help them produce various sensors that could protect the lives and health of firefighters, other first responders, military personnel in conflict zones and chemical manufacturing workers, among others.