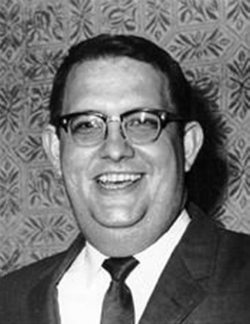 With sadness, I would like to inform you that Dr. James L. Fergason died recently at age 74. Dr. Fergason was one of the first employees at the Liquid Crystal Institute, joining it in 1966.

Dr. Fergason's work at Kent associated his name with a number of seminal achievements in the field of liquid crystal displays, most notably with the first commercially successful low-power, field-operated LC display, known as the "twisted nematic cell." Fergason discovered the effect in 1969 at the LCI; his technology was patented in the United States in 1971; Martin Schadt and Wolfgang Helfrich patented similar technology in Europe. Dr. Fergason received the 2006 Lemelson-MIT Prize, the largest single award for invention in the United States. He donated a portion of the award to the LCI to establish the Saupe Scholarship Fund for graduate students.

Fergason saw the importance of transforming scientific knowledge into business opportunities, creating in Kent the International Liquid Xtal Company (ILIXCO), as early as 1968. ILIXCO produced the first field operating LCD, originally used in wrist watches. The invention impact was enormous, as "LCD technology, starting with quartz watches and
calculators, has completely redefined many industries, such as computer displays, medical devices, and the vast array of consumer electronics", as stated at the website of the National Inventors Hall of Fame, into which Fergason was inducted in 1998.

Dr. Fergason's lasting impact will forever be associated with the history of liquid crystals, liquid crystal displays, and the Liquid Crystal Institute.