Congratulations to Matt Ferrell, Media Design CTE Program Teacher at Massillon Washington High School, on receiving the 2019 Ohio ACTE award for Outstanding New Career-Tech Teacher! Mr. Ferrell completed his Career-Technical Teacher Education program with us at Kent State, as did his two mentor teachers at Massillon Washington. Read more about Matt's accomplishments on the Ohio ACTE Awards page, and see a video his students produced on our In the News page.

Congratulations to Dr. Kip Crain on being recognized as the 2019 Ohio Career-Technical Administrator of the Year! We at Kent State CTTE have worked with Dr. Crain and his teaching staff for many years, and can attest to the dedication and leadership he provides to Career Technical Education at Wayne County Schools Career Center and beyond. Congratulations from all of us at Kent State University! 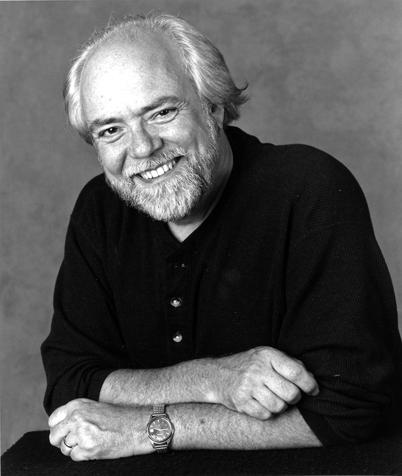 My DRIVE for CTE by Eric Mathews

Read this blog post published in the February 2017 edition of Educators in Action.

Eric Mathews is a Marketing Management Teacher at Akron Public Schools (North High School). Mr. Mathews, who is a Kent State CTTE alumnus and was named the 2015 ACTE New Teacher of the Year, was invited to the White House to be honored by President Barack Obama in May 2016. Mr. Mathews was featured in this 2015 Akron Beacon Journal article on student and teacher diversity in Ohio.

Congratulations to Brent Pfeiffer who was honored in November by the Kent Chamber of Commerce as a Tree City Award Winner for 2016. Brent will receive the Bright Star Award.  Mr. Pfeiffer is a Marketing Education teacher at Kent Roosevelt High School as well as a Part-Time Instructor in the CTE Program at KSU.  Brent graduated from the Kent PD Citizens Police Academy in 2015 and is a Kent State University CTTE alumnus.

Congratulations to Theresa Brugler!  Theresa was selected to be a member of the 2016 Summit County All County Teaching Team.  Mrs. Brugler is a Marketing and Management instructor at Portage Lakes Career Center and Kent State University CTTE alumnus.

Congratulations to Debbie Ganyard, Hospitality Teacher at Buckeye Career Center in New Philadelphia, Ohio.  Debbie was named "Amazing Teacher" for October 2016. The award-winning teacher said "When students first begin a school year, I often hear them say, 'I can't.'  There is no greater joy as a teacher to listen to a student go from saying 'I can't' to 'I can do it!'.  Ms. Ganyard is a Kent State University CTTE alumnus. Read more: Deb Ganyard of Buckeye Career Center named Amazing Teacher for October

Congratulations to Greg Boykin, Auto Body Teacher at Max Hayes High School in the Cleveland Metropolitian School District.  Mr. Boykin was inducted into the Kent City Schools Hall of Fame on Saturday, April 9. Established in 1999, the Hall of Fame recognizes graduates of Theordore Roosevelt High School and others who have made exceptional achievements in their field or unique contributions to the Kent community. Mr. Boykin completed his licensure coursework with us in 2014.  He is currently working on his Master's degree in CTTE and will graduate in August 2016. Read more: Kent City Schools honors 13 new Hall of Famers

The Kenmore Community Center, 880 Kenmore Blvd., Kenmore, OH is the location of a classroom setting that Clayton Cundiff has created for his Kenmore culinary arts students.  The students walk a block to the Community Center on the first Wednesday of each month to serve seniors.  The students learn about life, interact with a generation from a distant Kenmore and hone their craft. Many of the teens aspire to become chefs. Read more: Student chefs serve lunch to grateful seniors at Kenmore center in southwest Akron