Is there anything quite as exciting and fulfilling as following your passion and getting to use the latest technologies to do it? When you find both early in your career you have hit the proverbial jackpot. 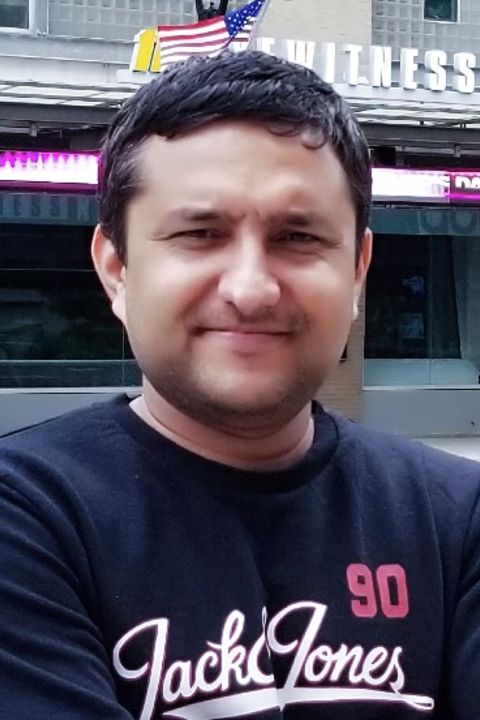 Finding himself in what he describes as “a great time to be in the field” of evolutionary biology, Sangeet Lamichhaney, Ph.D., could not be more excited about what he hopes to accomplish in Kent State University’s College of Arts and Sciences. He joined Kent State in August 2019 as an assistant professor in the Department of Biological Sciences, teaches the Introduction to Genomics course and leads the ‘Omics Lab’ in Cunningham Hall on the Kent Campus.

“We’re trying to understand how organisms respond to a new environment,” Lamichhaney said. “So, when there is a new environment, like due to climate change, we want to explore the mechanisms of how that organism evolved. It’s all about the genetics.”

His recent co-authored work “A bird-like genome from a frog: Mechanisms of genome size reduction in the ornate burrowing frog, Platyplectrum ornatum” was highlighted in the Proceedings of the National Academy of Sciences and presents the sequence of the very small genome of this frog species and provides a framework for comparing genome reduction processes in other amphibians and vertebrates.

Genome size and transposable elements
A genome is all the genetic material, specifically the entire set of DNA, of an organism. Genome size varies across the tree of life. For example, frogs tend to possess large genomes while birds possess small genomes, but the mechanisms by which genomes shrink are poorly understood.

“Mammals’ genome size stays fairly constant,” Lamichhaney said. “Humans have the same genomes, but there are other species, like flowering plants, that have a lot of difference in the genome size. Frogs are really cool systems. There are some frogs that have very big genomes and others that have teeny tiny genomes.”

The researchers found that the genome of the ornate burrowing frog, native to Australia, is smaller than that of many birds and exhibits bird-like characteristics. They identified a list of transposable elements that live in these smaller genomes in these frogs and compared them to the next closest species in the evolutionary tree.

“We found that the number of deletions were higher than the insertions for these transposable elements which results in the overall reduction of the genome size as well,” Lamichhaney said.

Comparing the genomes
When exploring evolution, genomics researchers can compare similar mechanisms within a species or compare between species.

Lamichhaney explained that the classical evolution of genome is by size, but he and his fellow researchers do not know why they change in size. Previous thought was that the genome size is attributed to the complexity of the organism and more complicated organisms will have bigger genomes, but that is not the case.

“We have some species that have much bigger genomes than humans,” Lamichhaney said. “Sometimes it is hard to correlate how you can connect the overall genome size to the overall complexity of the organisms. At least now we have started to study what makes the overall genome bigger or smaller.”

Love of animals and Darwin’s famous theories
Lamichhaney started his career as a veterinarian because he loves animals, but gradually his interests moved towards evolution and critical disease.

“I’ve always been a great fan of Charles Darwin and his famous theories,” Lamichhaney said. “Now we can use the genomics to explore any kind of evolution equation which is quite exciting. We can go back and even try to test some of the famous theories of natural selection by bringing all of these newer genetic techniques.”

Technological Advancement in the Lab and Classrooms
“Studying the genomes has been very exciting because we now have the tools that we didn’t have ten years ago,” Lamichhaney said. “Now we can sequence the DNA and study the genomes. We have all these computing facilities and exciting biotechnological tools. In older days, we had people who studied genetics of some classical model systems, such as humans or mice, but now, thanks to these exciting technologies in genomics, we can study any system, which is a great benefit to us.”

Kent State students are gaining knowledge and skills in genomics and computational biology in both the classroom and research laboratories. Genomics is truly multi-dimensional research as it requires a lot of fieldwork, ecological techniques, and work in the genetic lab.

“One thing that people may not realize is that all this genomic data that we generate these days are big, massive data, so we do a lot of big data science as well,” Lamichhaney said. “Our students get exposed to not only fieldwork and lab work, but also a lot of computation, mathematics and statistics.”

The Introduction to Genomics course taught in the Department of Biological Sciences has drawn a lot of interest from students in the Department of Computer Science as well, so it is being developed as a cross department course so both majors can get exposed to a variety of experiences.