Kent State's many locations provide a foundation for award-winning learning, teaching and personal growth.  They reflect an environment committed to sustainability and wellness.

Kent State University is the highest-ranked public university in northern Ohio on the Top Public Schools and Best National Universities lists by U.S. News & World Report. Kent State also holds the esteemed distinction of being one of only five institutions in Ohio to be recognized as an R1 top-tier research university by the Carnegie Classification of Institutions of Higher Education. With eight campuses spanning Northeast Ohio, a College of Podiatric Medicine, a Twinsburg Academic Center and academic sites in locations around the globe – such as New York City; Florence, Italy; and Curitiba, Brazil – Kent State is one of Ohio’s leading public universities and a major educational, economic and cultural resource far beyond the Northeast Ohio region it has served since 1910. Kent State is a national leader in award-winning student support services to graduate students. 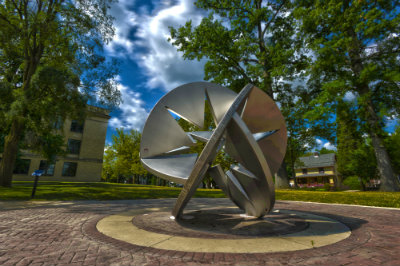