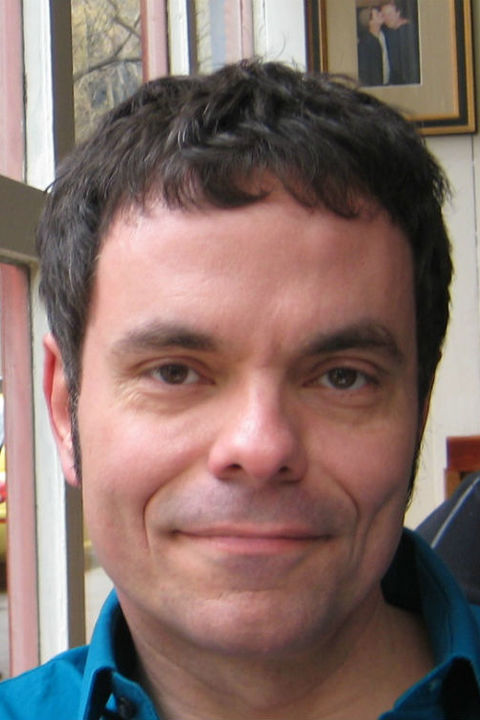 Richard Steigmann-Gall is Associate Professor of History at Kent State University, and served from 2004 to 2010 as Director of the Jewish Studies Program. He received his BA and MA from the University of Michigan, and his PhD from the University of Toronto. His academic interests concern religion and Nazi Germany, the ideology of transatlantic fascism, and modern antisemitism. His first book, The Holy Reich: Nazi Conceptions of Christianity, 1919-1945, examined the cohort of Nazis who believed in "positive Christianity" and the struggles they waged with Nazism's neo-pagans for religious dominance in the Third Reich. It came out in 2003 through Cambridge University Press, and has been translated into Spanish, Portuguese, and Italian. Holy Reich was reviewed broadly in the popular and academic press, was the subject of interviews in The Boston Globe and with the Australian Broadcasting Corporation, and was the subject of a symposium of international scholars in the Journal of Contemporary History. His subsequent articles on topics relating to modern Germany and the Holocaust have appeared in the journals German History, Kirchliche Zeitgeschichte, Central European History, Totalitarian Movements and Political Religions, Journal of Holocaust Research, and Social History.

Additional publication has included contributions to several edited volumes; one on political religion theory published in Germany through Wallstein Verlag; another on racial and religious antisemitism published through Indiana University Press; and another on the cultural underpinnings of Nazi antisemitism published through Cambridge University Press. He has also contributed the chapter on “Religion and the Churches” to the benchmark Oxford Short History of Germany: The Third Reich, and the chapter on Germany to the Routledge volume on Clerical Fascism. He has a chapter forthcoming on “Religion and Dictatorship” in The Oxford Handbook on Religion in Europe.

His current research interests include American Fascism between the wars, as well as the question of whether it has made a return in the present. He published a much-cited article in 2017 on “Star-Spangled Fascism,” which sought to demonstrate the need for a comparative approach in studying interwar American political extremism, and how a transatlantic perspective serves to further deprovincialize American historiography. He is currently working on a chapter on religion and genocide in American fascist thought before WWII, to be published in a volume on American Fascism: Past and Present, through Cambridge University Press.

He has also contributed to and made several appearances in public venues and outlets. He has commented on the Trump administration for Huffington Post, on Trumpism and Fascism for Tikkun Magazine, and shorter pieces for Jacobin and Politico. Recent interviews and mentions have appeared in The New York Times, The Daily Beast, Israel’s Ha’aretz, and Italy’s Il Foglio. Additionally, he was featured in a documentary on Hitler's religious views that aired on The History Channel.

At universities in North America, South America, Europe and Australia, he has taught subjects relating to different aspects of modern European and World history, including guest lectures and undergraduate courses on Germany since 1870, Modern Europe, Comparative Fascism, and The Holocaust. He has also taught graduate colloquia on topics such as Historiography, Teaching World History, and Religion and Society in the Modern West. He won the Distinguished Teaching Award from the College of Arts and Sciences at Kent State in 2004, and has been nominated an additional three times. He supervises PhD and MA students in topics relating to Modern Germany, Comparative Fascism, and the Holocaust.