KSUMobile Set to Get a Complete Overhaul

KSUMobile is Kent State’s app for accessing information about the university across all campuses. Available on both iOS and Android platforms, over 4,000 people have downloaded the app with an average of 70 new users each day. Since the initial release of the app, IS has delivered various updates to improve performance and add new features – the latest additions being live bus tracking and book-buying capabilities released last fall. IS is currently working on a new update that strives to make KSUMobile better than ever. 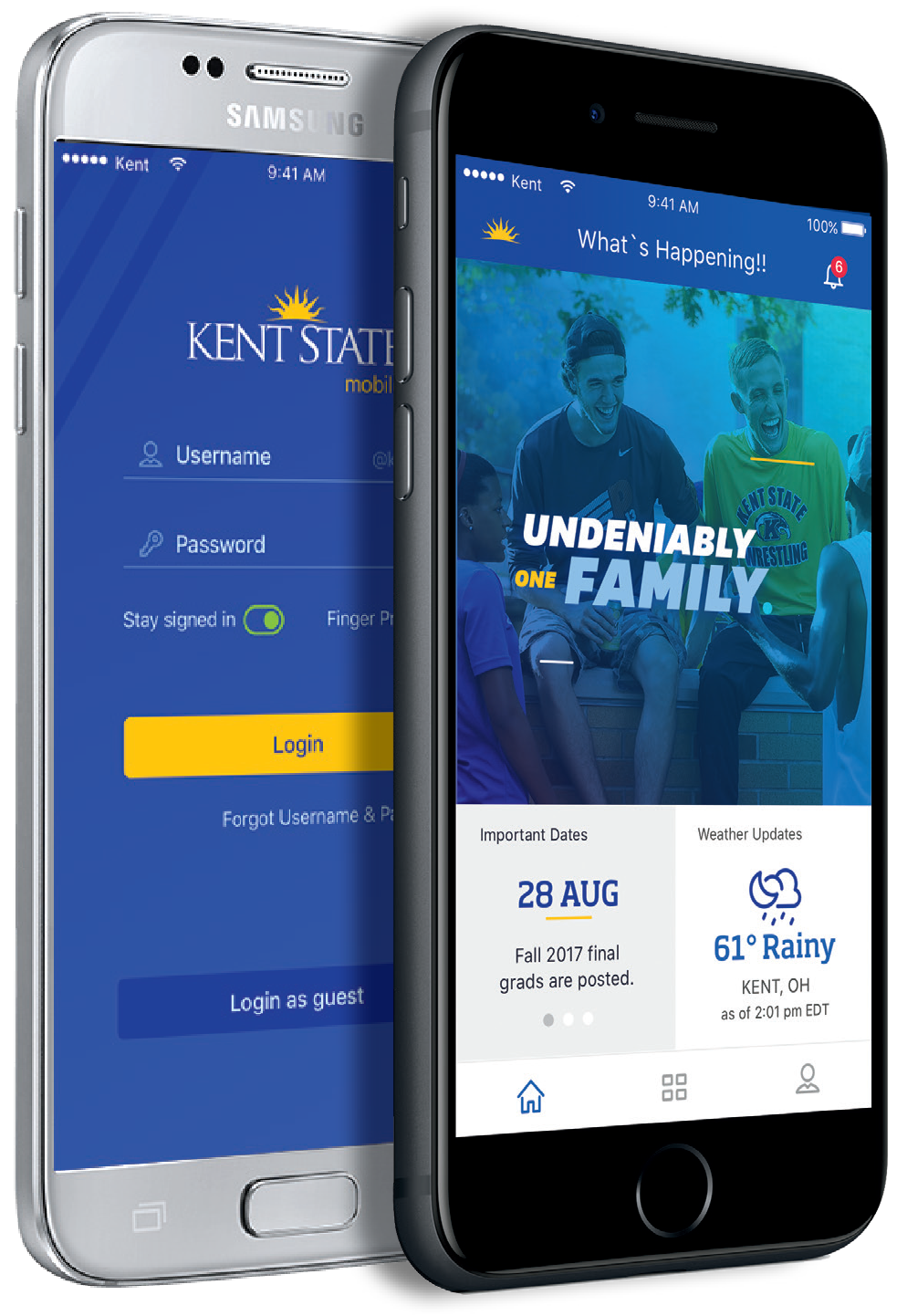 Historically, any new changes, features, or functionalities would need to be developed twice – once for iOS devices and again for Android. Consequently, one of the two platforms has inherently lagged behind on updates. In an effort to streamline the process and make updates easier to roll out, all web app development was moved to the OutSystems rapid application development platform. This means that adjustments to the app can be applied to both iOS and Android formats from a single location allowing IS to develop more quickly, share new features more rapidly, and provide updates at a rate that was not previously possible. The result is a redesign of KSUMobile that will blend all of the favorable functionalities of the current application with a backlog of new feature-sets.

Of the redesign project, Sameer Jaleel, Interim Executive Director of Systems Development and Innovation and product owner for KSUMobile, explains, “It is vital that we streamline our major systems of engagement, such as the FlashLine portal and the KSUMobile app, ensuring that they complement each other in functionality and that users can take similar actions on both, depending on their preference of device: their desktop, their laptop, their phone, or their tablet.”

The look of the app will also get a makeover in the process of transferring onto the new platform. Informed directly by user feedback via usability tests, this user interface redesign stems from IS’ desire to develop the product hand in hand with its users.

“By engaging real users in testing, we are very quickly soliciting and receiving feedback, and refining our approach in the process,” reiterates Jaleel. “Essentially, this is how we are practicing innovation.”

Watch for a FlashLine notification in the near future regarding a new Pioneer Program. Members will receive access to beta versions of cutting edge applications as they are being developed, as well as the opportunity to provide feedback based on their firsthand experiences.