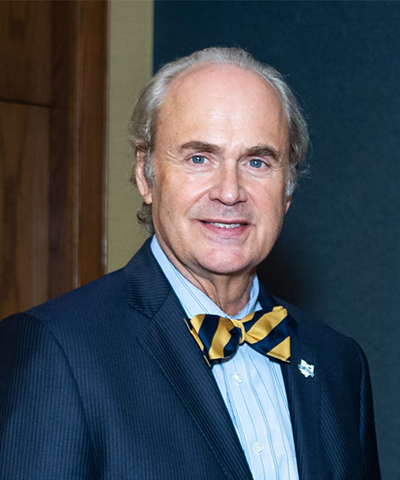 His commitment to college affordability and access has resulted in nationally recognized initiatives to boost student retention, graduation rates and academic achievement.

President Diacon joined Kent State as provost in 2012 and has been at the forefront of expanding Kent State's international presence, has led the charge to recruit and promote more diverse faculty, and has helped the university attract world-renowned leaders in the fields of aviation, engineering, brain health, liquid crystals, and peace and conflict studies.

A native of Wellington, Kansas, President Diacon specializes in agrarian history and the history of central state power in Brazil. He earned his bachelor's degree from Southwestern College in Kansas and his master's and doctoral degrees from the University of Wisconsin-Madison.

He has authored publications on student success and the administration of higher education, and he has written numerous journal articles and two books, including "Stringing Together a Nation," which won the 2005 Warren Dean Memorial Prize for the most significant book on Brazilian history.

President Diacon is married to former Kent State employee Moema Furtado; they have one grown son. Together, they enjoy attending music and theater performances and local festivals.

President Diacon has run seven marathons and desperately wants to get back to his first love: riding motorcycles.