Resurrection of the Wild: Meditations on Ohio's National Landscape. Deborah Fleming (2019)
Published by Kent State University Press, this collection of essays, which provided me with real comfort during the onset of the COVID-19 pandemic, recently won the PEN/Diamonstein-Spielvogel Award for the Art of the Essay. In lieu of a review, I simply cite this passage, which reflects the grace of Fleming's writing and the beauty of her observations:

The process of growing with all its wayward meanderings is also the process of fruition. We reach ripeness not by making every correct choice but by error as well, because our mistakes teach us more than happening on the lucky 'right' choices. The wanderings and wrong turns make people interesting. What we are left with in the end - careers that take us in unexpected directions, success or disappointment in love, places we have lived in and become a part of, opportunities we passed up that haunt our memories - is what brings us to self-understanding.

The Death of Democracy: Hitler's Rise to Power and the Downfall of the Weimar Republic. Benjamin Carter Hett (2018) 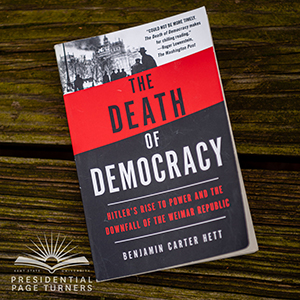 The author deftly presents the stresses and strains, hatred and propaganda that buffeted Germany during and after WWI. He follows the anti-democratic machinations of right-wing politicians fearful of German Social Democrats and Communists, and how these political maneuvers weakened democracy, paving the way for the rise of the Nazis to power. "Hitler pulled all this together - the deliberate dishonesty, the concern with public irrationality, yet also the desire to revel in this irrationality." And once in power, "judges, lawyers and the law were among the things Hitler most despised, and his regime was one long assault on the rationality, predictability, and integrity of law." 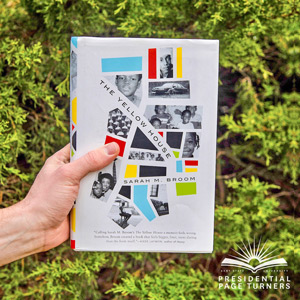 Bloom is the youngest of 12 children who grew up in East New Orleans, a blighted area of the city that never came close to reaching the promise of its developers in the late 1950s/early 1960s. A tale of a family, of trials and tribulations, of home and of shifting memories. There's a reason this book was named one of the year's ten best books by the New York Times. The most powerful book I read in 2019.

The Second Founding: How the Civil War and Reconstruction Remade the Civil War. Eric Foner (2019)
Foner, a Pulitzer Prize-winning historian, will speak at Kent State on May 3, 2020, as part of the May 4 observance. He presents the struggles to pass the 13th, 14th, and 15th amendments to the U.S. Constitution, which freed slaves, established citizenship guidelines, and created voting rights for African-American men. From the promise of full citizenship during Reconstruction, to the Supreme Court's dismantling of those gains, to the subsequent rise of Jim Crow segregation, Foner reminds us that rights "can be gained, and rights can be taken away. A century and a half after the end of slavery, the project of equal citizenship remains unfinished."

The Topeka School. Ben Lerner (2019)
I read this because of my family ties to Kansas, and because a relative worked at the Menninger Clinic in Topeka, the psychiatric clinic at the heart of the novel. The tale of a student's senior year at Topeka High, the tale of his parents, both counselors at the clinic, one of whom, his mother, is a famous author. Family dynamics, community dynamics, and mediation on how and why a young person commits an act of violence. Beautifully written.

The Man Who Saw Everything. Deborah Levy (2019)

This slim novel engagingly follows a British historian who writes on Eastern Europe, and who visits the German Democratic Republic in what turned out to be its final years. But really this novel is mostly internal to the thoughts of its protagonist, with the last half of the story being a fascinating tour of memories and regrets.

Why this World. Benjamin Moser (2009)
I stumbled across this book when I read a review of Moser's most recent book, a study of Susan Sontag. Why this World is a biography of the Brazilian novelist Clarice Lispector, who was born in the Ukraine but moved to Brazil with her family when she was just one year old. Yet, for her entire life many Brazilians considered her a foreigner, an impression driven by the strangeness of her fiction. Hers was the life of an era, including spending 15 years in post-WWII Europe as the wife of a Brazilian ambassador. I have never been able to complete the reading of one of her novels, which feature hard-to-follow interior dialogues that stretch for pages and pages. Yet, I have always found her fascinating. As Moser notes, "this was how many people saw her: weird, mysterious, and difficult, an unknowable mystical genius far above, and outside the common run of humanity."

Credit Boyd with the idea of using travelers' accounts, almost all of them from the United States and England, to track both the construction of fascism in Germany, and to chart when visitors began to understand that Hitler was a despot bent on destroying democracy. American visitors, if I may generalize, seemed to realize it earlier and more deeply than British visitors did. The American novelist Thomas Wolfe sounded the alarm forcefully, as did W.E.B. du Bois after a 1936 visit. However, many other visitors ignored the growing threat, either naively or because of their own political beliefs and prejudices.

I loved this novel by a well-known Brazilian actress who is the daughter of famous actor parents. A quick read, it is a meditation on fame early in life, and the seemingly human need to re-create fame, or even just notoriety, late in life. Recently the novel was released in an English language translation with the title Glory and its Litany of Horrors.

Flights. Olga Tokarczuk (2007)
Flights is listed as a novel, though it seems to weave fictional tales into and around stories of what appear to be the author’s travels throughout the world. If you travel by plane frequently, you will be attracted to the author’s descriptions of a life lived in airplanes, airports and hotels. But there is much more to this book, including fascinating histories of museums and other curiosities.

Ze Dirceu: memorias volume 1.  Jose Dirceu (2018)
The memoir of a notable and controversial figure in Brazilian political history. A student leader in the early 1960s, Dirceu was imprisoned after the military coup in 1964, and later exchanged along with other political prisoners as ransom for the kidnapping of a diplomat. He went to Cuba, underwent plastic surgery to alter his appearance, then lived clandestinely in Brazil for several years. After Brazil returned to democracy he was elected as a federal deputy, and then served as Chief of Staff in the first administration of President Luis Ignacio (Lula) da Silva. He wrote this memoir from prison, where he is now serving a sentence for corruption. The first two-thirds of the memoir are an interesting account of his fascinating early years. The last third of the memoir is his settling of scores with myriad opponents and critics.

What Is It All but Luminous: Notes from an Underground Man. Art Garfunkel (2017)
I read this quirky memoir because I attended an outstanding Art Garfunkel concert at our Tuscarawas campus earlier this fall. This is not a chronologically arranged, standard and straightforward memoir. Instead, it is a series of vignettes, some of them quite moving, and many of which give the reader insight into the creative process.

The Years of Youth: A History of Kent State University. Phillip R. Shriver (1960)
This book popped up on a list of Amazon-suggested books for me, and being an historian, and Kent State's President, I thought it wise to read it. I also vaguely recognized the author's name. Shriver wrote the book while a professor of history at Kent State. He went on to a successful 16-year run as the President of Miami University (1965-1981). The book is a nice mixture of leadership/administrative histories, enrollment and infrastructure growth, and briefer histories of students, traditions and state educational politics. Among the many interesting nuggets: Kent State's colors were originally blue and orange, as nearly all its early leaders came from Illinois (blue and orange being the colors of the University of Illinois).

Ballots and Bullets: Black Power Politics and Urban Guerilla Warfare in 1968 Cleveland. James Robenalt (2018)
I read this book to learn more about Cleveland’s history, as Kent State has a long tradition of enrolling students from the city. Also, this was a moment in time when Cleveland gained national attention for electing Carl Stokes the first African-American mayor of a major U.S. city, even while poverty, police violence and institutional racism generated violent movements that tore through the city. As a historian, I am always curious about Cleveland neighborhoods, and this book succeeds in describing the troubled history of the Hough and Glenville communities, with the author ending a book with a passionate appeal for addressing persistent urban challenges in Cleveland.

Thirteen Seconds: Confrontation at Kent State.  Joe Eszterhaus and Michael D. Roberts (1970)
Because I had already read the excellent This We Know (Barbato, Davis, Seeman), I read the second book assigned to incoming freshmen this year: Thirteen Seconds: Confrontation at Kent State. Written shortly after the shootings and revised a few years ago, authors Eszterhaus and Roberts deftly narrate the troubling events and decisions made and not made that produced the tragedy, and the concluding chapters on each of the four students killed on May 4, 1970 are heartbreaking.

Moments of Truth: A Photographer's Experience at Kent State 1970.  Howard Ruffner (2019)
When I received an advance copy of Howard Ruffner’s Moments of Truth: A Photographer’s Experience at Kent State 1970, I was drawn to the scores of photographs, many of which appear for the first time in this book. Soon, however, the text drew me in, as Ruffner, whose photograph from May 4, 1970 appeared on the cover of Life, gives a gripping narration of events as he experienced them. In addition, Moments of Truth is also the story of Ruffner’s youth spent in Lakewood, Ohio, his service in the Air Force and of his love for photography. In this sense, Moments of Truth is both a memoir, and the history of a generation.

Been So Long: My Life and Music. Jorma Kaukonen (2018)
Been So Long is a memoir by a founding member and guitarist of the seminal rock and roll group Jefferson Airplane. The grandson of Finnish immigrants, and the son of an American diplomat, Kaukonen engagingly describes growing up in the Philippines, Sweden, Washington D.C., and elsewhere. He recounts the music scene of the 1960s and '70s, and describes mistakes made and lessons learned over the decades. Reading this book makes you want to meet him, which you might be able to do, as he has played the Kent Stage, and now lives on the Fur Peace Ranch outside of Athens, Ohio. 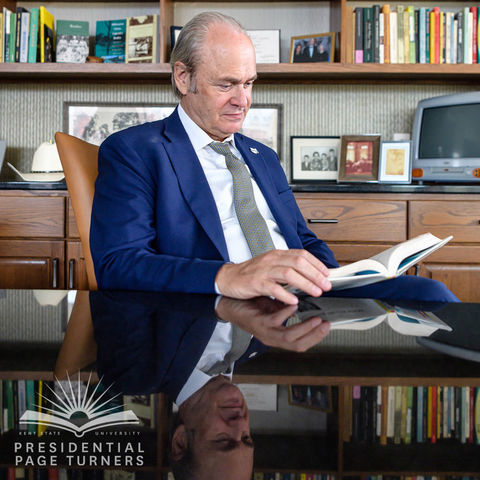