Todd Anchors a Newscast on TV2

Anchors Away! Todd Takes His Talents to TV2

For regular viewers of TV2’s 6 p.m. evening newscast, the excitement had been building for several days as the student news team teased a special guest for its Feb. 13 broadcast.

President Todd Diacon accepted the challenge of learning to read news live on the air and also to deliver the weather forecast from the green screen.

Diacon’s preparation included a 30-minute rehearsal with student broadcasters in the TV2 studio immediately prior to the actual news broadcast.

Taking part in TV2’s broadcast is part of the ongoing “Todd Tries It” (TTI) initiative where President Diacon immerses himself in an academic or campus activity to further connect with students, staff and faculty.

Unlike other TTI experiences, this visit was unique because it also included being live for a television audience.

For the first half of the broadcast, Diacon helped in the control room by taking cues from the show’s student director and pushing buttons on cue to roll video or to advance graphics.

It’s rare that someone hosting a portion of the broadcast is also a news item in the show’s rundown, but Diacon pulled off the daily double as his interview with student media earlier that day was the broadcast’s top story ahead of his surprise appearance in the show’s final minutes.

Diacon joined student anchors Melissa Meyers and Clay O’Neal on the news set, and then he anchored a story about January being the hottest ever.

During the commercial, Diacon headed for the green screen to walk viewers through the weather forecast.

When asked by Meyers if he would consider switching careers to become a meteorologist, Diacon didn’t hesitate. Nope!

“I’m a nervous wreck, so I’m very impressed,” he said before joining the anchors in closing out the broadcast. 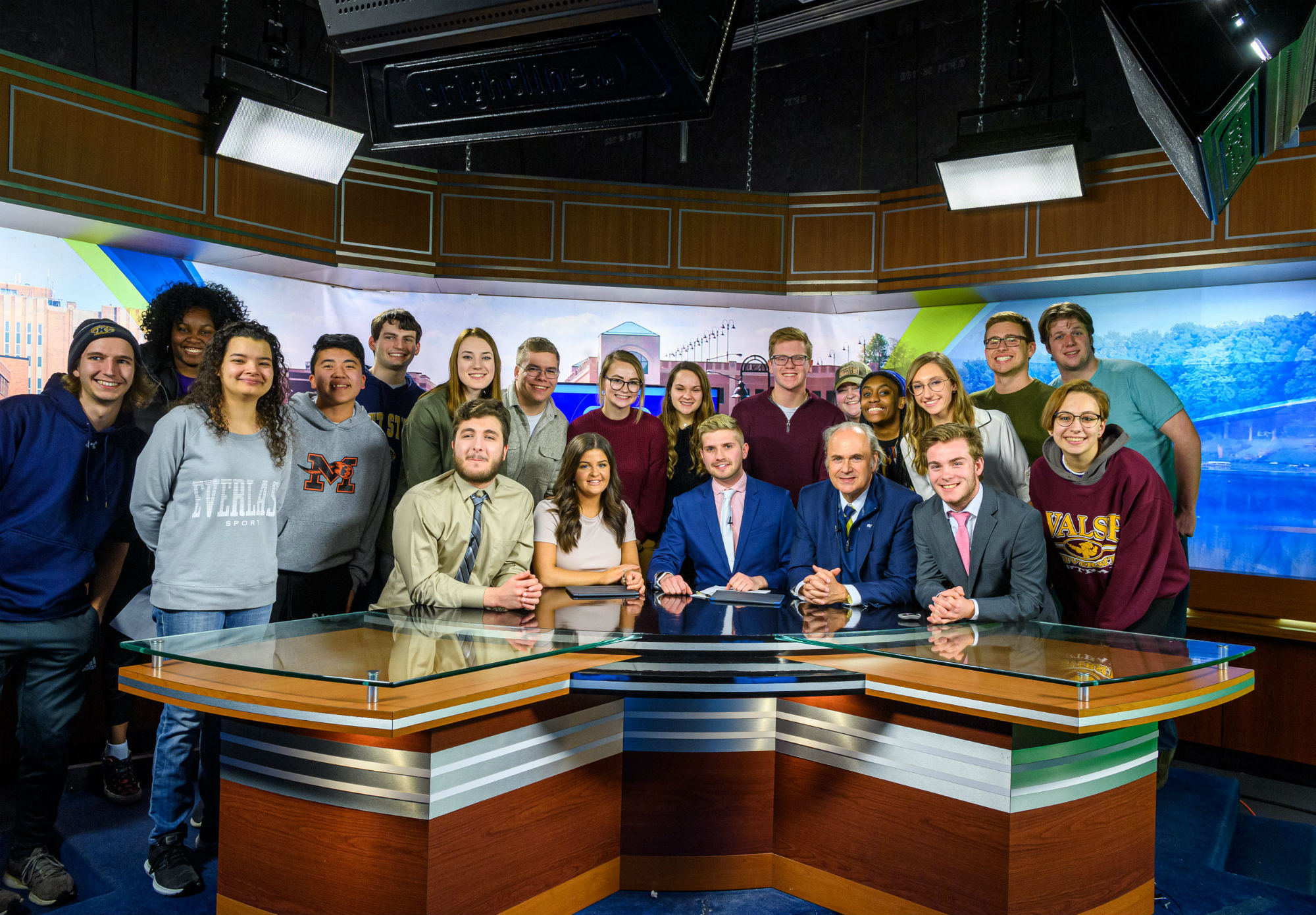 After the show ended, Diacon told the students how much he appreciated their hard work in covering campus news and admitted he had a new appreciation for what it’s like to produce live TV.

Todd Tries It is a continuing series of programs and activities that President Diacon can sample/try that allow him to better connect with students and faculty and that provide insight for presidential communications and content creation.