We gather today to celebrate and honor all who served, and are serving, our nation in its armed forces. We do this formally once a year, at ceremonies such as this one, and it is good we do so.  But ideally, we live out our appreciation for service in the armed forces throughout the year. Thank you all for joining us today for this ceremony. 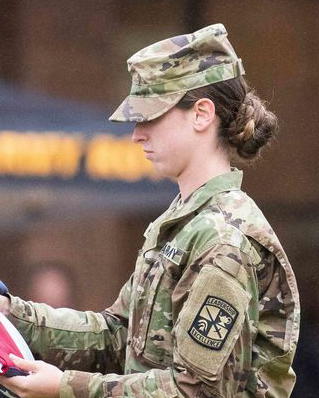 Today I want to mention in particular one veteran, a veteran of nearly every Pacific Island invasion during WWII as a member of the U.S. Navy, my father, James Louis Diacon. Of course, all of us today are thinking especially of individuals who have served and are serving in our armed forces … and here is the briefest of versions of my father’s service.

Our responsibility at Kent State is to facilitate the post-service experiences and successes of our students, faculty and staff who are veterans. Doing this work every day, year in and year out, is the best way we as an institution of higher education can honor those who serve in the armed forces.

Thank you to all who have served.

Thank you in particular to the members of our Kent State family who have served and/or who are currently serving in the armed forces.

Thank you and have the most pleasant of days.