The 67 shots that rang out at Kent State amid a May 4, 1970 Vietnam War protest, killing four students and wounding nine, reverberate nearly 50 years later. Many historians see the shootings as the moment America turned, finally and forcefully, against the war.

The actions of the Ohio National Guard made Kent State the custodian of painful history. With the passage of time, however, the university asks itself: what might the wound of May 4 help us to accomplish?

Kent State President Beverly J. Warren says, “The task we have set for ourselves is to not only remember, but reflect and renew. We must lift our collective voices to effect positive change.”

Voices of Remembrance and Renewal 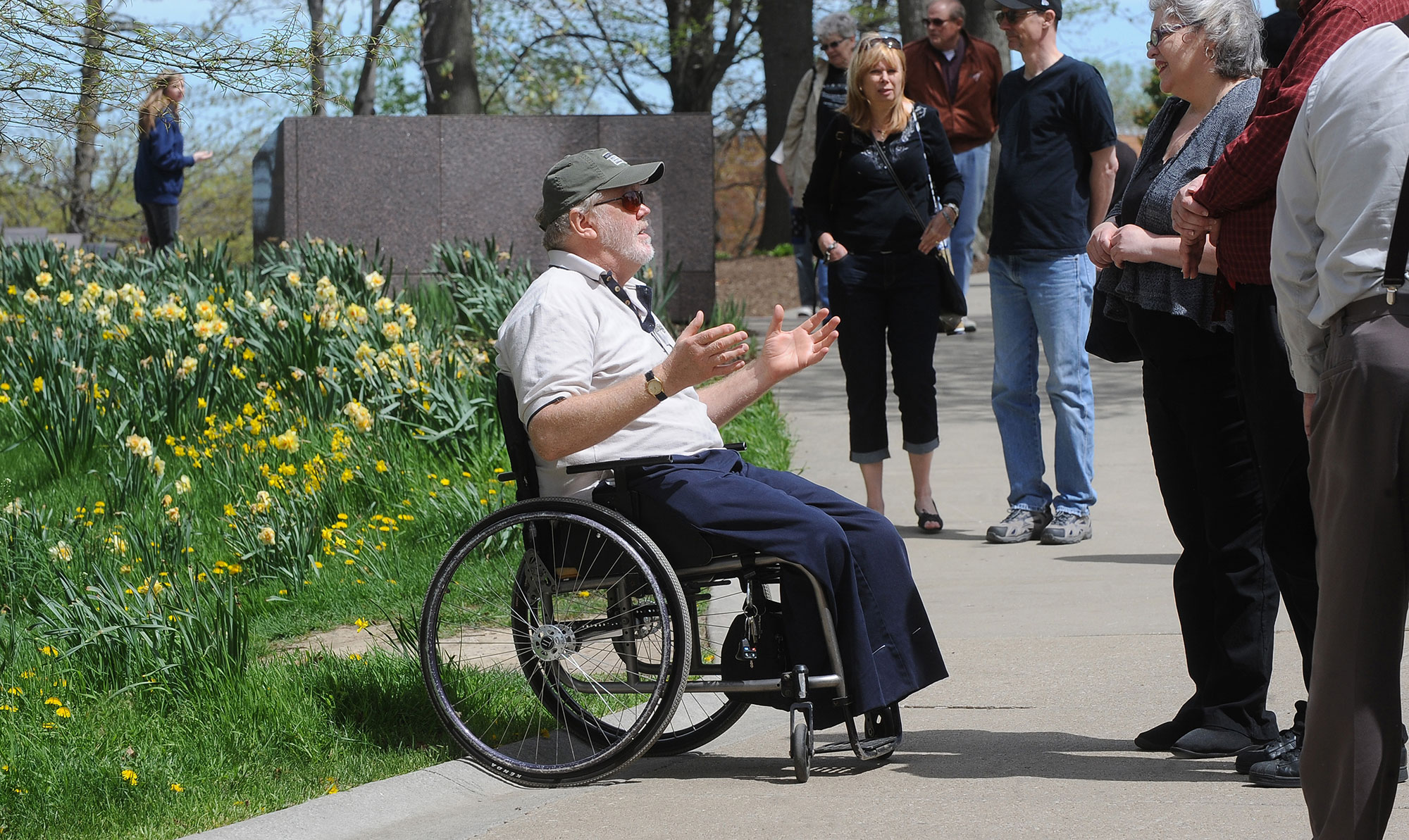 Dean Kahler was one of nine students shot and wounded on May 4, 1970 – paralyzed for life with a spinal injury. As a 20-year-old freshman, he adapted to a wheelchair, returned to Kent State to finish his degree and pursued a career of public service. He secured access for disabled people to public facilities across Ohio. “With a little bit of work, you, too, can do something about the political environment,” says Mr. Kahler. He remains a community volunteer with the Stark County Democratic Party in Ohio.

Neil Young wrote the lyrics to "Ohio" after seeing Life magazine photo coverage of the Kent State shootings. Crosby, Stills, Nash & Young recorded it on May 21, 1970, less than three weeks after the shootings. "Ohio" was rush-released and got immediate, heavy radio play, especially on FM "underground" stations. "Ohio" became a counterculture anthem and has stood the test of time. The song was inducted into the Grammy Hall of Fame in 2009. 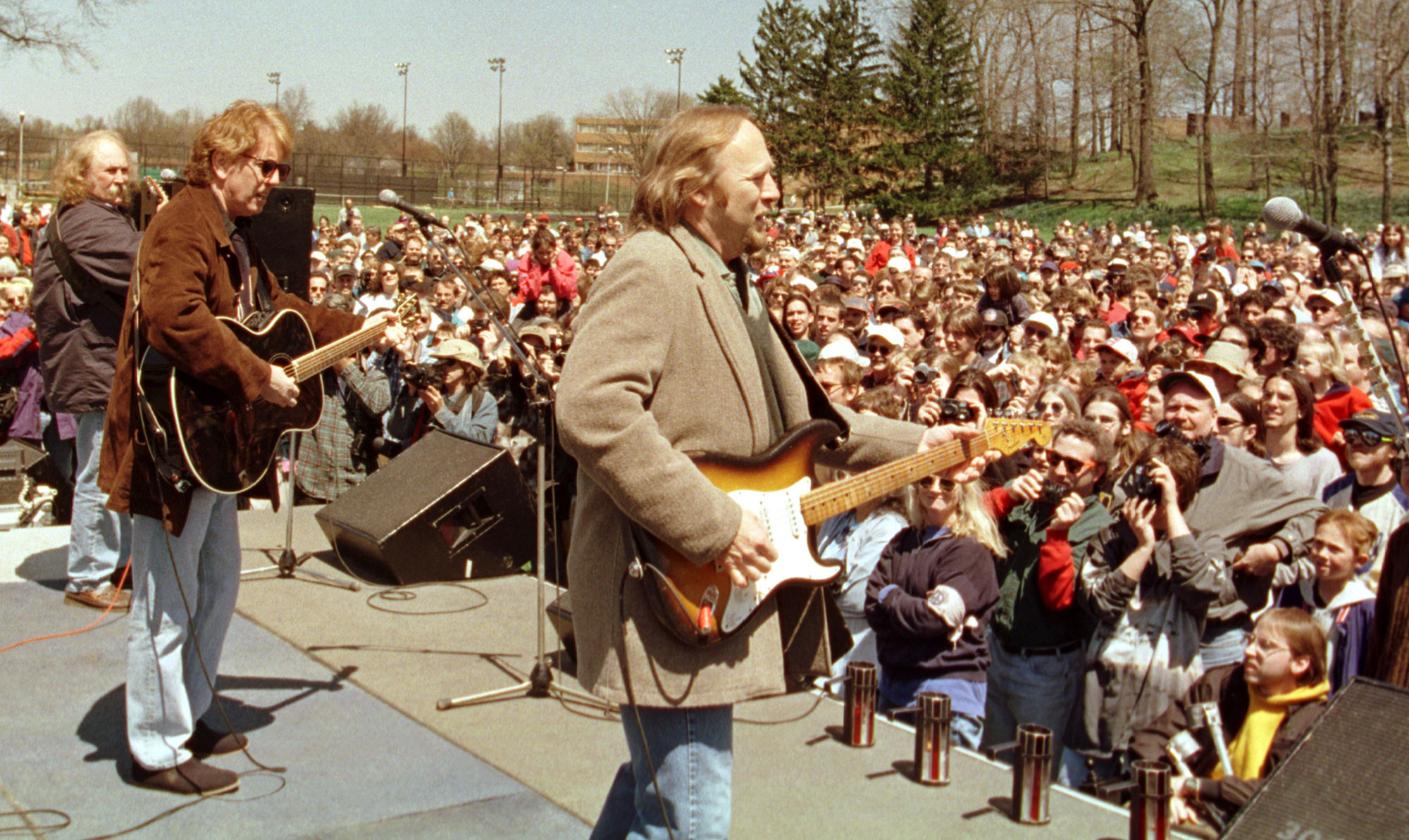 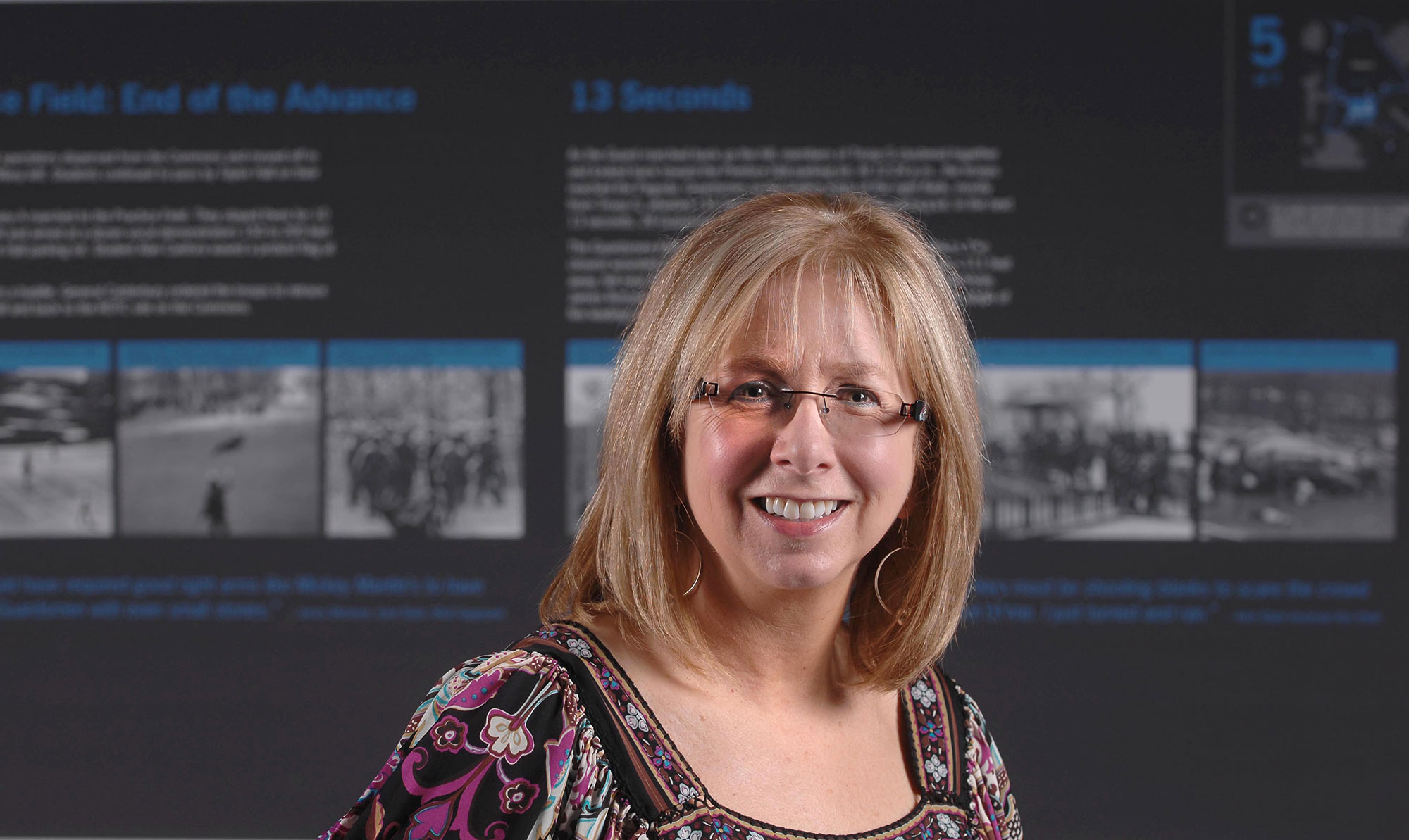 Dr. Laura Davis is a Kent State University Professor Emeritus of English and the founding director of the Kent State University May 4 Visitors Center. As a freshman on campus in 1970, she witnessed the shootings on May 4. Coordinating an extensive consultation process, she co-created the May 4 Walking Tour and the May 4 Visitors Center with close colleague Dr. Carole Barbato, Professor Emeritus of Communication Studies, who passed away in 2014. Drs. Barbato and Davis team-taught Kent State’s permanent course, May 4, 1970 and Its Aftermath. In 2009, Dr. Davis also co-chaired the Symposium on Democracy, founded in memory of Allison Krause, William Schroeder, Sandra Scheuer, and Jeffrey Miller; and served on the team, led by Dr. Mark Seeman, Professor Emeritus of Anthropology, that wrote the nomination to place the May 4 site on the National Register of Historic Places, which was successful in 2010.

Drs. Davis and Seeman co-authored, with Brad Keefer, Lori Boes, and Mindy Farmer, a nomination of the May 4 site for National Historic Landmark status, which was conferred in 2016. Drs. Barbato and Davis co-edited Democratic Narrative, History, and Memory and with Dr. Seeman co-authored This We Know: A Chronology of the Shootings at Kent State, May 1970. Kent State University Press published both books in 2012.

Alan Canfora was shot in the wrist May 4. He recovered to become a lifelong “student organizer and political activist.” He is impressed by today’s young people who advocate change: “They urge people to vote! My generation, we didn’t do that.” Mr. Canfora is also heartened by Kent State’s determination to remember, reflect and seek renewal: “The university is embracing its duty at long last.” 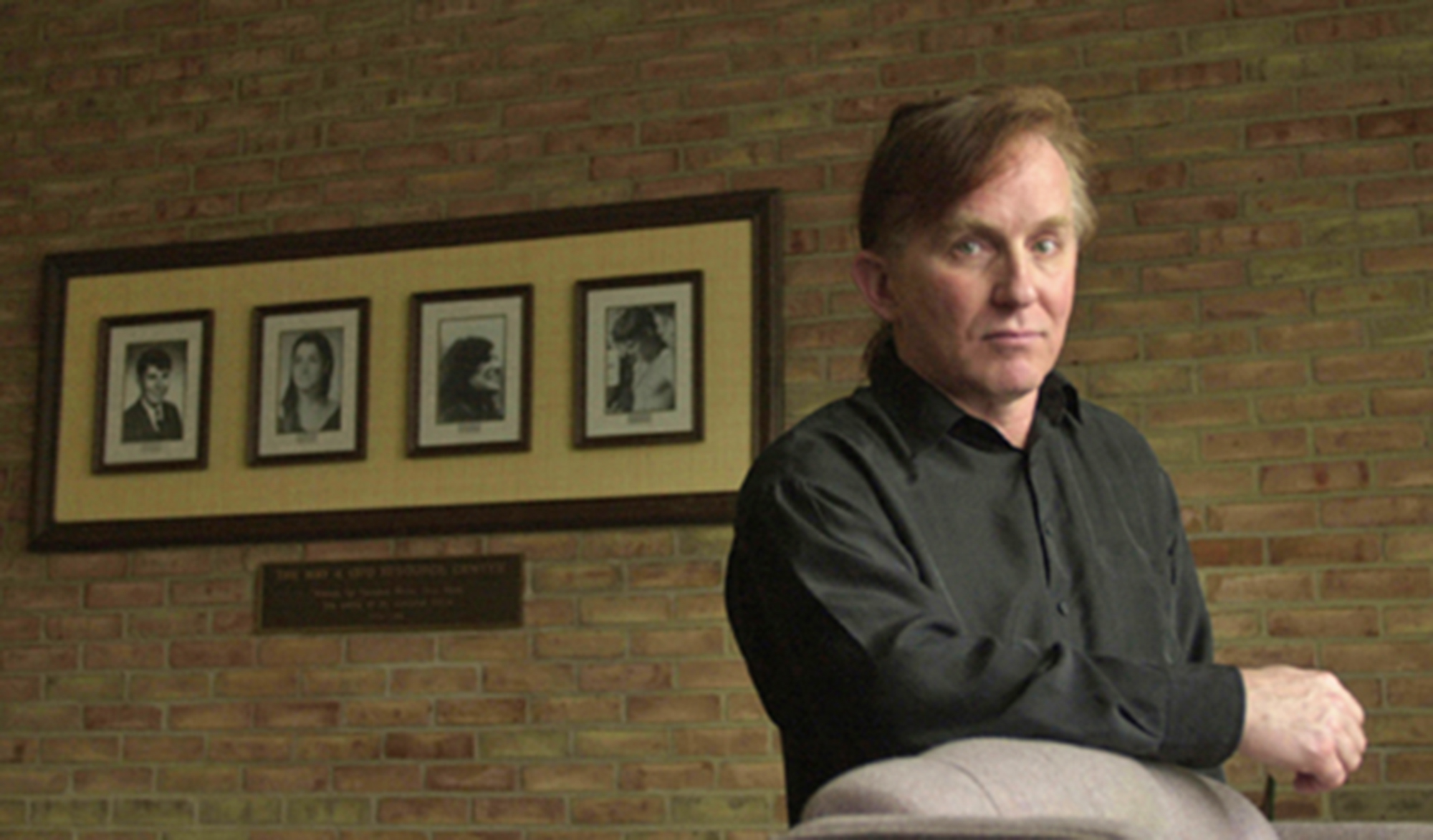 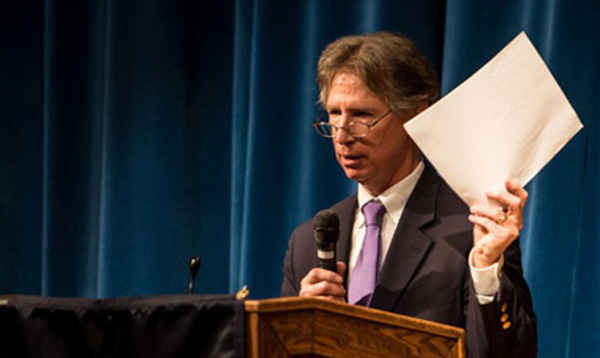 Thomas M. Grace was one of the students wounded on May 4, 1970. Since completing his Ph.D., he has lectured and taught at colleges in Western New York. Currently, he is a part-time, assistant professor of American history at Erie Community College, State University of New York. He specializes in the protest movement of the 1960s and is author of Kent State: Death and Dissent in the Long Sixties (2016). As a history scholar, he brings a unique perspective to the contextualization of 1960s dissent.

Jerry M. Lewis is a Professor Emeritus of Sociology at Kent State University. Serving as a faculty marshal in 1970, he witnessed the events of May 4, 1970 firsthand. He has devoted his time to researching, memorializing and lecturing since the events took place. Dr. Lewis co-authored an analysis of the May 4 shootings with Thomas R. Hensley, Ph.D., titled Kent State and May 4th A Social Science Perspective. Dr. Lewis was also one of the four co-authors of the application to add the May 4 site to the National Register of Historic Places, which was approved in February 2010. 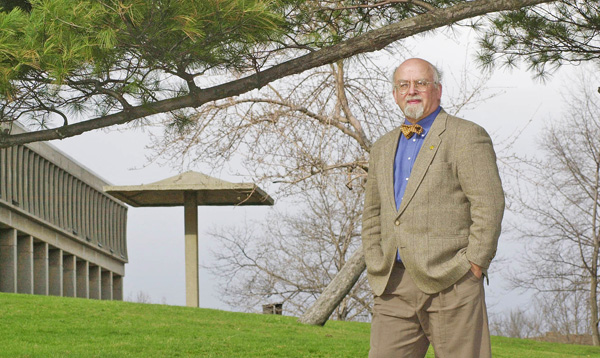