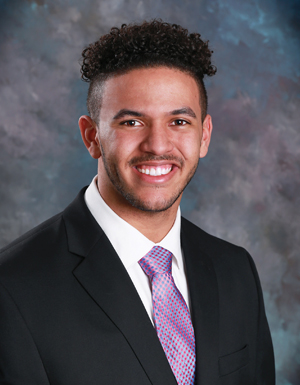 “We want to find a method that allows the body to burn fat more efficiently, since a lot of people work out and don’t see the results,” says Jacob Wagner, a senior studying biology and pre-medicine at Kent State. As a research assistant under Novak, he is investigating the relationship between the endocannabinoid receptors and muscle thermogenesis to potentially find a new method to lose weight.

The endocannabinoid system regulates various bodily functions, from appetite to sleep to memory. The name comes from both “endogenous,” which refers to anything produced within an organism, and “cannabis,” as the system was discovered through its interactions with marijuana. Muscle thermogenesis is how the body processes calories by burning them to produce heat.

“We want to find a method that allows the body to burn fat more efficiently, since a lot of people work out and don’t see the results.”

In Wagner’s study, he worked from Novak’s own research to determine if there was a relationship between the two systems. Her study on muscle thermogenesis in mice found that the scent of a predator—in this case, ferret urine/feces—engaged skeletal muscle thermogenesis. Wagner used this as a control to discover whether removing endocannabinoid receptors impacted the process.

“We were expecting to see an increase in thermogenesis,” says Wagner, “but we ended up seeing the opposite.” Fewer endocannabinoid receptors suppressed muscle thermogenesis, meaning that while there does appear to be a relationship between the two systems, it was not the expected one.

Wagner plans to explore the relationship further. “We’re coming at the next study with a different approach, to see if [the endocannabinoid system] directly inhibits or expresses muscle thermogenesis.”