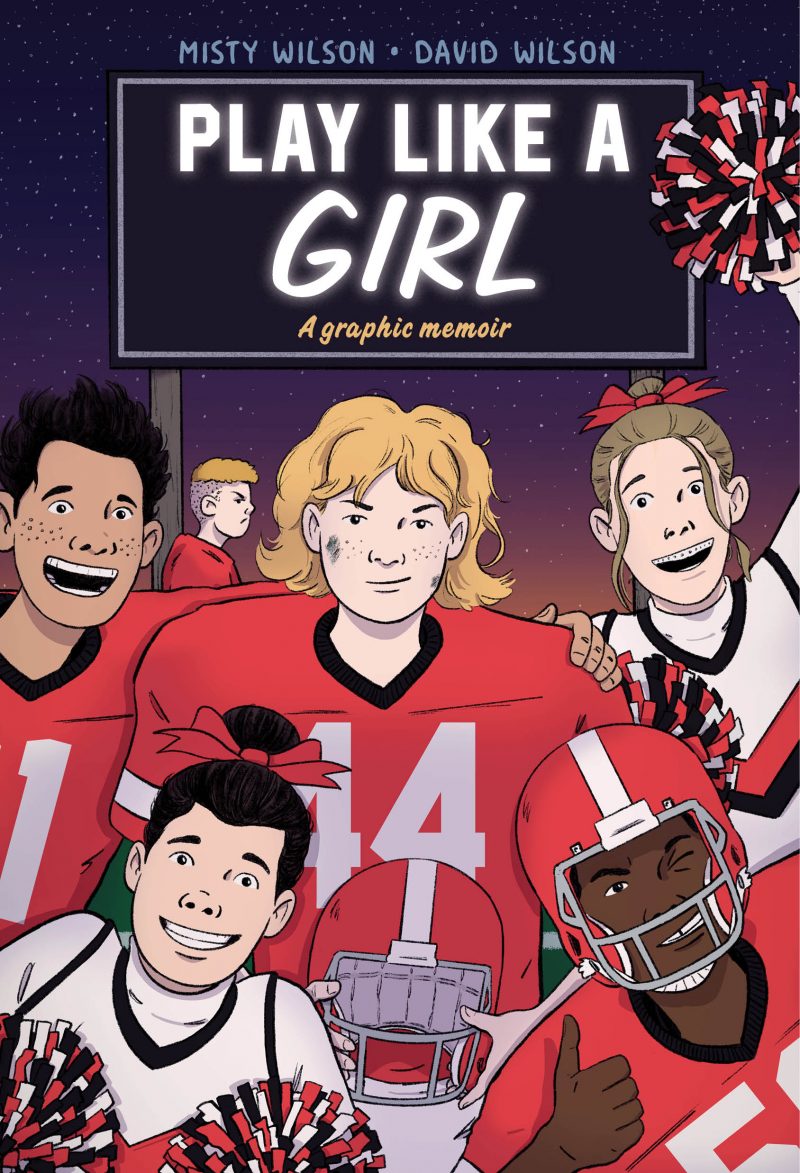 Two Kent State University graduates are making strides to eliminate gender roles and stereotypes with their graphic novel titled “Play Like A Girl.”

David Wilson '09, adjunct professor of Illustration, Design and Graphic Narrative at Kent State, and his wife, Misty Wilson '15, a graduate of the Masters of Arts Teaching program at Kent State, are the couple behind this powerful story.

The graphic novel chronicles Misty’s seventh-grade experience being the only girl on her town’s football team and showcases the challenges she faced.

“I really felt I had a story to tell and one that kids could relate to,” said Misty. “Even though mine was about playing football, it was also about how hard middle school can be, especially socially.”

The project provided quite the experience for the Wilsons. “I think for both of us, it felt pretty pleasant,” David noted. “A lot of people crack jokes like how do you guys work together and stay married but, it was really easy to share ideas.”

Misty recalled that there were no disagreements, stating that it was nice to have someone with minimal writing experience to run scripts by.

The main challenge that she faced was trying to recall her memories from her pre-teen years, which played an essential role in the novel’s storyline.

“I was working off of memories from seventh grade. I am 34 now, and I was writing a book about when I was 12. That in itself was challenging to try to have those memories be 100% accurate,” Misty added.

Public perception of “Play Like a Girl” has been positive. Readers have credited the book with helping their children learn more about gender roles and stereotypes.

“We got a few messages from parents that say: 'my kid hates reading and they're flying through your book,' or 'my kid is the only girl in a football league and she's feeling seen,'” David added.

The Wilsons have more projects in store. Misty is currently working on a fiction graphic novel and a young adult novel, while David is teaching and illustrating. They are both eager for what the future holds.

Exploring Game Design — An Intersection of Storytelling and Graphic Design
Touched by Migration: Poetry Helps Give Refugees and Immigrants a Voice
School of Visual Communication Design
College of Communication & Information