Aoife Mooney is an Associate Professor in the School of Visual Communication Design at Kent State. She is also a graphic and typeface designer from Dublin, Ireland. Her typeface Sprout was awarded a Gold Typeface Design in the Graphis 2018 Typography Annual. She holds a masters degree in Typeface Design from the University of Reading, UK, and a bachelors degree in Visual Communications from Dublin Institute of Technology, Ireland. In 2019, she designed a custom typeface and logotype for the animated film Wolfwalkers. We spoke with her about this recently. 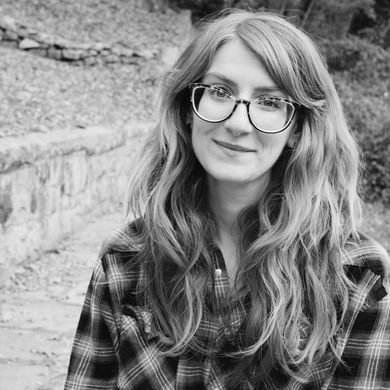 So how did you come to the attention of the filmmakers? How did this connect?

(Laughs) Yeah, that was my question too. Cartoon Saloon, which is an Irish animation studio in Kilkenny, have a very strong intention make work about Irish history and the telling of Irish history in a more accurate way, and so they make a point of working with Irish creatives. The director Ross Stewart told me that they googled Irish type designer, and I came up. We had a chat and we just went from there.

So, describe what your work was on the film. What sort of type design did you do?

What they wanted was a typeface representative of the content of the film they could use on the credits and the title sequence and any related promotional materials. This story is set in Ireland in the 1650s, and they wanted a typeface that reflected that historical context. Since the style of the film combines a woodcut feel with a brush painterly style, they also wanted the type to reflect that. One of the interesting things about the project is that Ireland has a colonial history, and typography doesn't escape that, so the typography tells a little bit of a colonial story too, reflecting the content of the film.

The Irish language was mostly found in the scribal, manuscript form. So, in 1650, the typographic form of the Irish language (ie. that printed using metal types) was often achieved by borrowing forms from existing Anglo-Saxon typefaces for those Irish letters that differed from Roman forms, and combining these with Roman letters from other typefaces, so the printed version of the Irish language at that time was a mishmash and not particularly respectful of the manuscript shapes. So, I felt it was important to make a typeface that reflected the beauty of those shapes but which felt more refined and typographic, and which appeared to anticipate later metal types designed specifically for the Irish language. This meant the project was a kind of design fiction, which was an interesting research project for me. 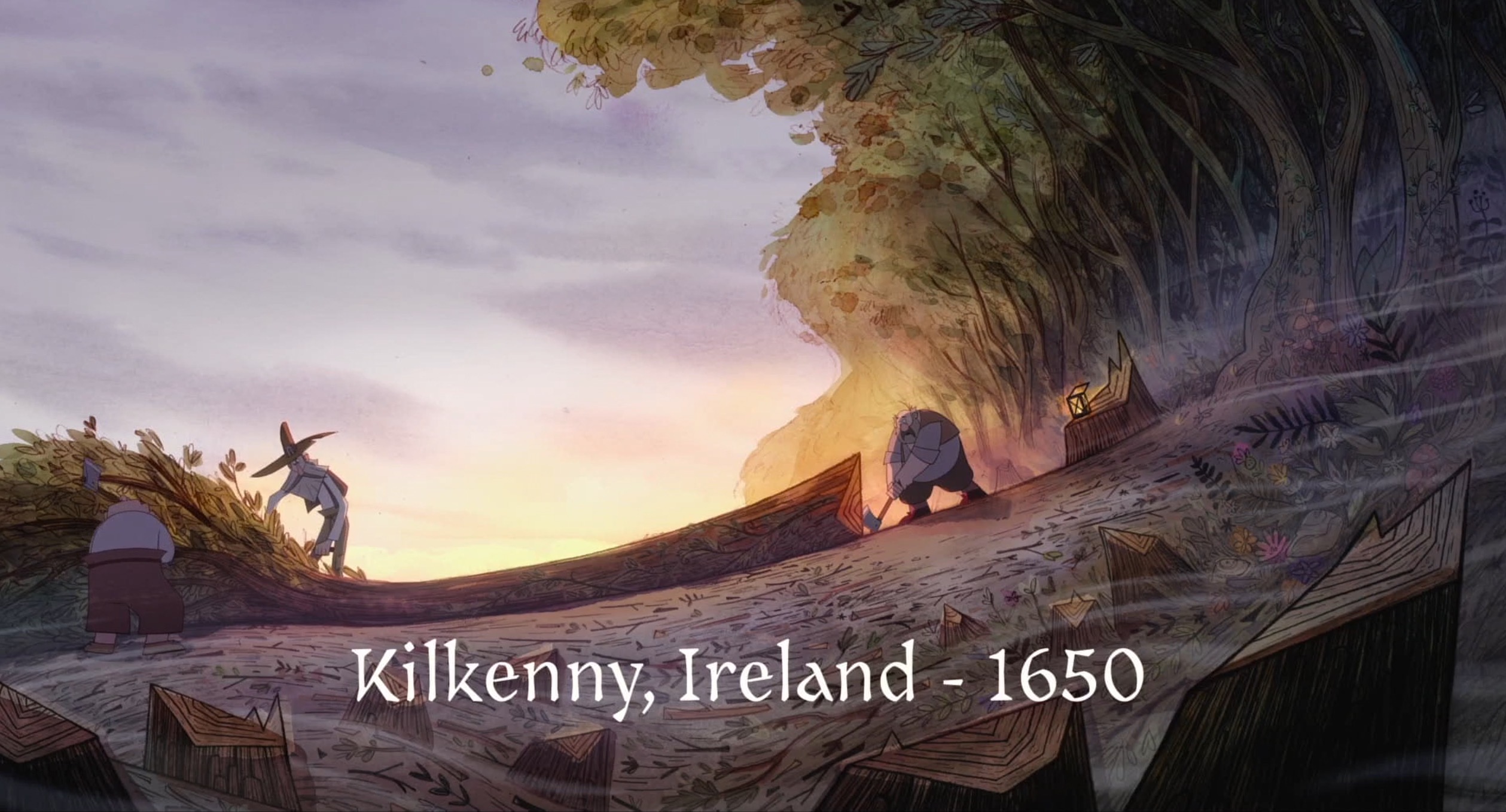 How much work went into that research?

I looked at a lot of sources, taking cues for the design both from manuscripts as well as from later Irish metal types, and types designed around the same time in continental Europe. There's a really amazing touchstone book on Irish typography called Irish Type Design and the author [Dermot McGuinne] goes through the history of type in Ireland. How it arrived in Ireland and the different metal type versions of existing manuscript forms. I read this text as a grad student and written a paper on colonialism in typeface design in Ireland so I it was nice to revisit this wonderful book.  A lot of the research in a design is the applied synthesis and testing of ideas and forms also.

How would you describe the font?

The Wolfwalkers typeface is a blend of manual mark-making shapes and effects, and historical typographic and manuscript references aimed at reflecting the historical context of Ireland in 1650. It includes a set of illustrated alternate capital letters to emulate those at the start of an illuminated manuscript page. The typeface would be used to translate the title (with its illustrated cap treatment) and related promotional materials into many languages to be distributed internationally, so the font includes just over 500 glyphs to support the Adobe Latin 3 (Adobe CE) character set requirement.

What's really cool for me to see always is how the typeface is used once it is handed over. In this case, in post production, the title credits were animated to have the type emulate the way the characters’ spirits behave in the film itself. Filling the illustrated capital in with colors in the credit sequence so it looks almost like the type is kind of coming alive.

Did you enjoy the work? Will you be doing more film work?

Yes! I would really love to continue to do this kind of work as it combines my interest in expression in typography with typeface design. I've been continuing to work with Cartoon Saloon on other kinds of projects since Wolfwalkers and I do hope that this relationship continues because I have so much respect for the quality and meaning to be found in the studio’s work. I really love the work. Before I worked on Wolfwalkers, I had already seen and loved all of their movies.

And how does typography fit into a visual communication design degree?

At VCD we have multiple dedicated typography classes, from using typefaces to create layouts and interactive environments to creating logotypes and typefaces from scratch. As a graphic designer and typeface designer, I think of typography as the bedrock of all design. Typography comes into play in any piece of visual communication and ranges from the design of entire books to the hierarchical system of a website and how that looks and works and how people interact with the text or motion graphic design such as the title sequences of Saul Bass.

What does type design mean in the world?

Typography is everywhere. 95% of the web is typography. It's really about mark making and how much meaning and communicative value there is in just shape and pattern of black and white. When somebody uses type well in a piece of graphic design, you can feel that in the level of comfort and enjoyment you get from your interaction with the visual language and the way that the type works with the photography or illustration or standing alone. Well set type that looks like what it means and creates an atmosphere that reflects the mood of the content is truly a joy.

Wolfwalkers was released in the United States on November 13, 2020. It stars Honor Kneafsey, Eva Whittaker and Sean Bean. It has won the New York Film Critics Circle Award for Best Animated Film, the Lost Angeles Film Critic's Association Awards for Best Animation, the Boston Online Film Critics Association Best Animated Film award, the American Film Institute Audience Award and has been nominated for many more. It is widely expected to be nominated for an Academy Award.