Whiteaker Middle School eighth-grader Rachael Lang hadn’t heard of the Kent State massacre until two of her teachers covered it in class this year.

But when the idealistic 14-year-old learned how the Ohio National Guard opened fire on unarmed college students protesting the bombings of Cambodia in 1970, she was inspired to write a poem. 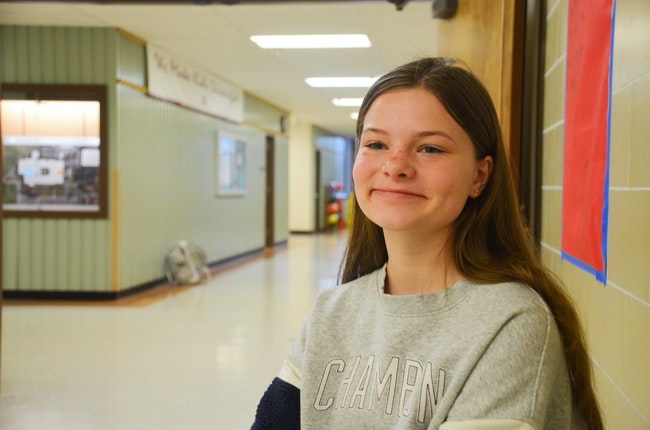 Her piece won a national contest at Kent State’s Wick Poetry Center to commemorate the 50th anniversary of the massacre. Lang was one of three winners, selected from more than 600 entries of poems about peace and conflict transformation.

Lang learned she’d won on a morning she was running late to school and shared the news with her parents, friends and teachers, who were all thrilled.

“Rachael is a very conscientious student so this contest makes a lot of sense for her,” said Andrew Tennant, her language arts teacher, who encouraged her to enter.

“I think her poem’s beautiful,” he said.

Lang said “Consequences” was inspired both by the Kent State massacre and other acts of injustice perpetrated under the guise of the law.

She cited the 1955 Mississippi lynching of 14-year-old Emmett Till, a black boy accused of flirting with a white woman, and the murder of Botham Jean, an unarmed black man killed in his own apartment by an off-duty Dallas police officer who entered mistakenly.

“This kind of stuff happens way more often than it should and nothing’s really done about it,” she said. “I think it’s important we recognize how much injustice there is.”

Lang said she sometimes writes to process intense emotions, but she hadn’t read or written much poetry until this year. She said Tennant’s class has introduced her to some poets she’s enjoyed, including Nye, and she plans to read more going forward.

“It’s kind of different than traditional writing,” she said.

In her free time, Lang likes to watch crime shows and wrestle for the Whiteaker team.

Her contest win comes with a $500 prize. A music student at Kent State will also compose a piece based on her poem, to be performed at an April 21 event at the university.