Samantha Horwitz about the Poets for Science exhibit at Vanderbilt University 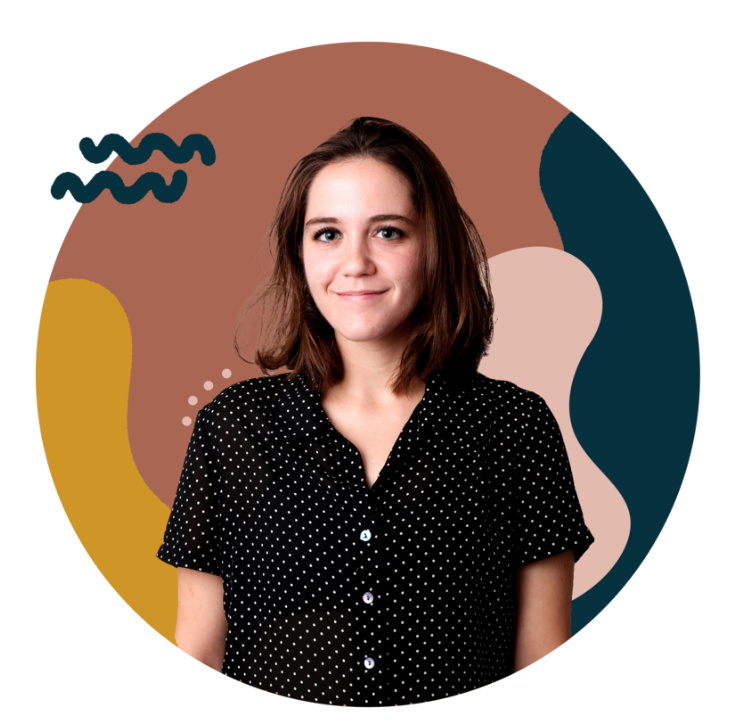 Samantha Horwitz is an undergraduate student at Kent State University. She is a Student Researcher in the lab of Dr. Scott Bunge in the Department of Chemistry and Biochemistry. Her research includes investigating various projects pertaining to the design, synthesis and crystallographic characterization of organometallic complexes, and currently focusing on the synthesis and characterization of a novel class of gallium alkoxide complexes for the completion of her 2020 Senior Honors Thesis.

Sam had many thoughts, that continue the Wick Poetry Center’s work to facilitate a global conversation through the intimate and inclusive voice of poetry. Here is what she had to say:

The kinds of conversations I was able to have with students, faculty, and administrators visiting our exhibit at Vanderbilt were singular.

There was one girl who came up to me after the panel discussion where I read the Thread poem to say that she was a chemistry major double majoring in English, and didn’t realize that there were more of us out there. We talked about the frustration with instructions on lab reports that say things like “no metaphors,” when the very best science teachers use metaphors to get across the most abstract ideas. I’m also currently going through graduate school interviews, and at one of the recruitment weekends I attended, I spoke with a graduate student who talked about one of the most rewarding experiences he’s ever had in science being competing in a competition where he had to explain his project about small molecules — aptamers — to a group of elementary school students in words they could understand. He made up a board game which featured Cookie Monster in the role of aptamer, and, after his presentation, he said that every single kid could tell him what an aptamer was based on the Cookie monster metaphor he created. Poetry — and really, the arts in general — is one of the best ways I can think of to cultivate that kind of abstract thinking. And from the humanities standpoint, I think that poets also employ a lot more problem-solving and analytical techniques than they might originally think. One of the poems in the collection was called “The Common Crow Fibonacci,” and me and one of the students visiting the exhibit spent at least 10 minutes trying to find the relation to the Fibonacci sequence within the poem. It was actually Charlie, a poet who works for the Wick, who “solved” it, figuring out that the grouping of the stanzas followed the famous mathematical pattern. Similarly, I had a teacher in high school who told me that poetry is “putting the best words in the best possible order to say exactly what you mean.” I can’t imagine being able to do that without also cultivating a massive amount of critical thinking skills. And, maybe it’s a bit of a stretch, but is that not exactly what a synthetic chemist does, just in a different context? Putting the “best” chemicals in the “best” conditions to make the exact product that you’re looking for?

I had the opportunity to ask the panelists themselves about where the difference between my aversion to calling myself a chemist (as opposed to a chemistry major) comes from, when most of my friends with English or other creative majors have no aversion to calling themselves artists, writers and poets. The conversation we had afterwards made me aware of how little the importance of creativity is recognized in science. In this is the importance I derived from the exhibit and the conversations it spurs. There was a neuroscientist in the audience at the panel discussion who mentioned that as much as people like to deem themselves “right” or “left-brained,” we really use all of our brains. Being able to integrate creativity in science lets you think about your research from fresh perspectives, something that’s really important for success in a field that’s so fostered in the ability to make new ideas based on old ones. Being able to have a space, like the one that Poets for Science, where scientists, artists and poets all can come together to communicate freely enhances the creative and intellectual experience of all parties involved. I think these kinds of experiences are especially important for undergraduates, since we are just starting to form our opinions of the fields we plan to enter, and so seeing examples of graduate students and faculty members at one of the best research institutions in the country being enchanted by poetry normalizes the idea that our nation’s leaders in science appreciate creativity in all contexts.

As one such undergraduate student, being present at this exhibit gave me the confidence to own my creativity in all aspects of my life. I remember being embarrassed once in a physical chemistry class when my professor asked what we think of when we think of the word entropy, and I answered (thinking it would be a good joke that people would get), “Isaac Asimov,” referring to his short story “The Last Question” that mentions the topic. The whole class — including my professor — stared back at me blankly, and I thought, “Okay, you just have to not let this side of you out when you’re with chemists. When you’re with the chemists, you’re just a chemistry major.” But being with Poets for Science has shown me that more scientists than I originally thought also have a deep appreciation for poetry, and even see poetry in their own work. My P.I. — who runs the inorganic chemistry lab I work in at Kent — recently talked to me about nature forming compounds just the way that it wants to sometimes, a comment that I probably would’ve taken as a very straightforward chemist’s analysis of the difficulty of synthesis, but now, can see its roots as a kind of poetic rumination on the forces that govern the formation of life as we know it. More directly, being able to help to present Poets for Science at Vanderbilt has inspired me to try to bring the exhibit to the ISB here at Kent, hopefully bringing the huge benefits that I and others who attended at Vandy were able to experience back to the students in the exhibit’s own home.