Rubin and Snow will be recognized at the 28th Annual Wall of Fame dinner on May 6 at the East Liverpool Country Club.

Tickets are on sale now for the event and must be ordered online at www.commerce.cashnet.com/WOF For more information about ordering tickets, call 330-382-7416.

Snow is a 1966 graduate of East Liverpool High School and began college at the Kent State East Liverpool campus, before moving to the Kent Campus. He graduated in 1970 with a bachelor’s degree in business administration. 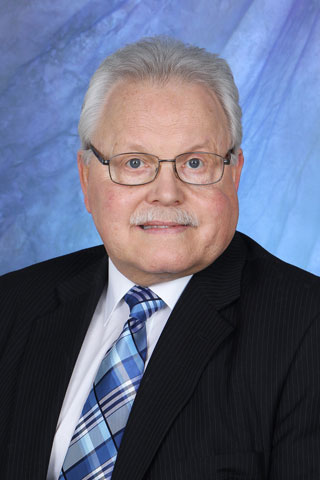 He is the president of the East Liverpool High School Alumni Association and co-chaired four All-Class Reunions, as well as the ELHSAA auction. In 2010, he received the Distinguished Alumni Award from the ELHSAA.

For the past 10 years, Snow has served on the Campus Advisory Board for Kent State East Liverpool and is the immediate past president.

Snow has been an active member of Trinity Presbyterian Church for 55 years, serving as an elder and a member of the Easter Pageant on the Hillside for all 37 years.  He also is a 50-year member of Boy Scout Troop 12 and an Eagle Scout.

Snow is married to Catherine S. Snow and has a daughter, Heidi Snow, as well as step-sons Michael, Phillip and Stephen Davis.

A U.S. Army veteran, Snow served in Vietnam and earned the Bronze Star for Meritorious Service.

Rubin, who celebrated his 100th birthday in January, was born and raised in East Liverpool. He graduated from East Liverpool High School in 1933 and from the Ohio State University School of Optometry in 1937. 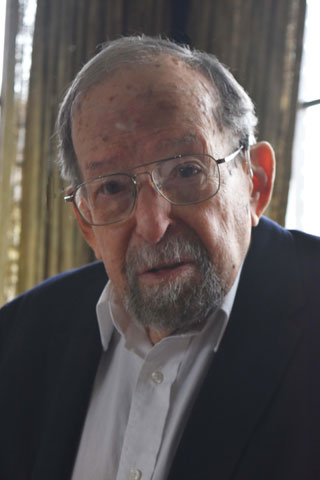 His father, Leon Rubin, owned and operated a jewelry store in downtown East Liverpool and it was in the back of that store where Rubin opened his original office of optometry. After a series of moves within the same downtown area, he settled in a space in the Little Building and practiced optometry there until he retired in 1985.

Other than a stint in the Army Air Corps medical division that took him to California, he has lived his entire life in East Liverpool.

In 1938, Rubin married Elsa Sara Alexander, whom he met at Ohio State. They had two children: Elsa Ann and Leon. He now has four grandchildren and two great-grandchildren.

Although Rubin is a proud OSU graduate, he and his late wife always supported the Kent State East Liverpool Campus. They contributed thousands of dollars to the campaign to transform the Mary Patterson Building from a women’s housing unit to an educational extension of the campus.

After his wife died in 2003, Rubin established the Dr. Herschel and Elsa Rubin Art Acquisition Fund that helped launch the permanent art collection that is now on display in the Art Gallery, located within the Mary Patterson Building. She was a well-known local artist, who was the first person to be honored as a Friend of the Campus in 1989, along with the late Frank A. Dawson, for their support of the campus.

Rubin donated one of his late wife’s paintings, “Fall Festival” to the permanent art collection and it is now displayed in the Art Gallery.

Before retiring, Rubin was active in the community, serving as a member of the Jaycees, Rotary Club and the East Liverpool Health Board, as well as a Boy Scout leader.