Countless hours of planning, sewing, stitching and preparation went in the Kent State University Fashion School’s 2018 Annual Fashion Show, “FS2: Alchemy”. The 36th annual event took place on April 27 and 28, in Rockwell Hall on Kent State’s campus. Models strutted the runway which flowed through the Rockwell Auditorium and out into the second-floor atrium, giving audience members an up-close look at the immense detail of the garments’ textures and construction.

The show featured 94 students’ designs resulting in 96 single garments and 27 total collections (two from the Bachelors of Arts Program and 25 from the Bachelors of Fine Arts program), making it the largest show to date. The work spanned casualwear, sportswear, eveningwear, children’s wear and even a collection featuring accessible and fashionable clothing for individuals with disabilities. 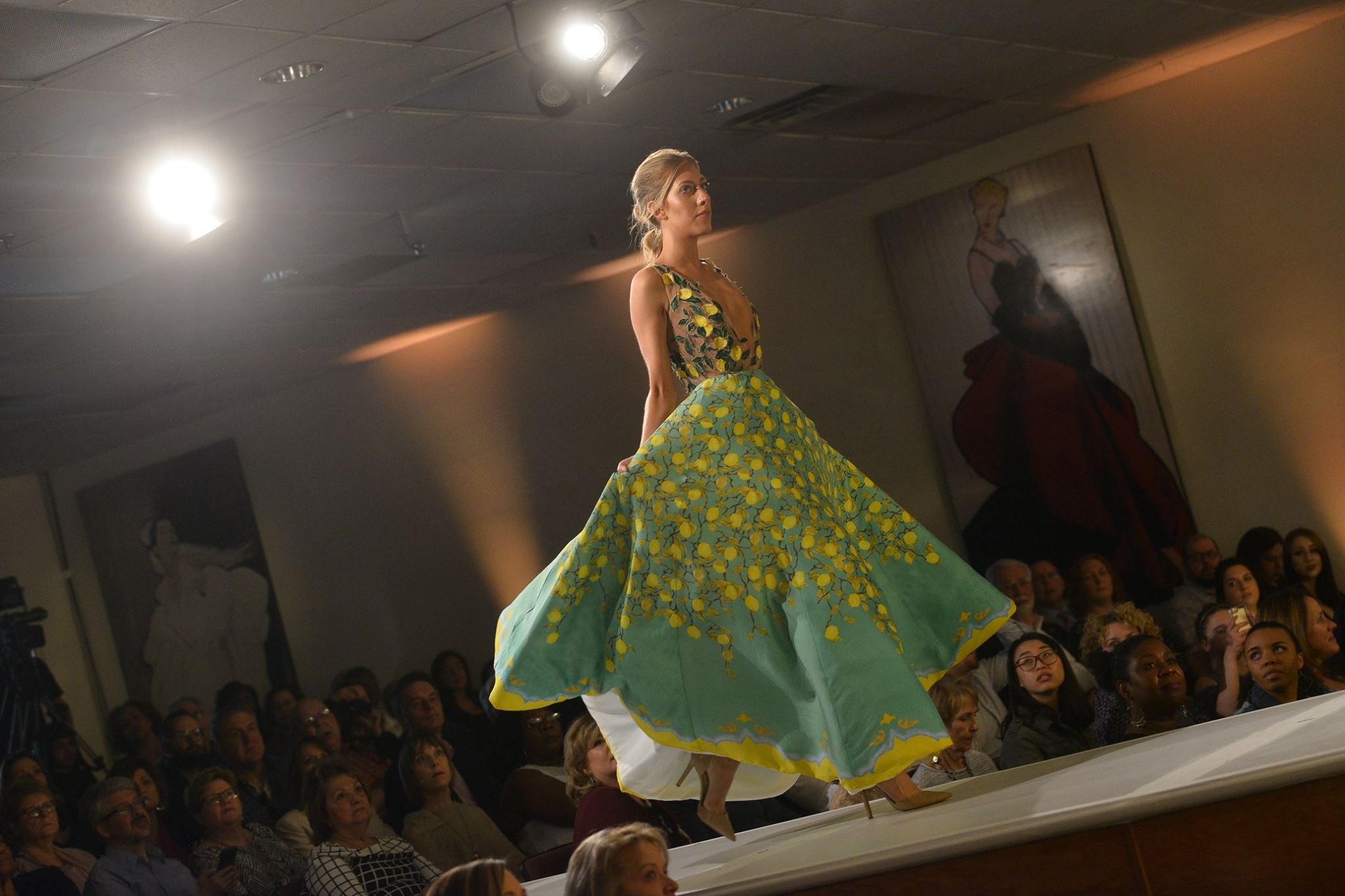 An outside panel of industry critics and jurors narrowed down the finalists and selected the work to appear in the show. The entire event involved a total of 292 people, led by senior merchandising majors, Serena Shroge and Mariah Tomasetti, who came up with the theme of the show this year which was Alchemy.

“Alchemy is the magical transformation of combining elements and transforming them into something new," said Shroge. "We were just kind of relaying that back to when we were freshmen and really seeing ourselves grow and become seniors. It also relates to designers and when they are starting their designs and their creative process - seeing their collections come to life."

This year’s show was sponsored by Macy’s, Inc, who served as presenting partner of the event, while Dillard’s served as the associate presenting partner. A total of $12,000 in awards was presented to the student designers who create the winning collections and looks. The “Best in Show” award ($1,500) sponsored by Macy’s, went to senior design student, Alanna Lizun, for her collection, “Arguments + Eruptions”. Lizun was also chosen to represent Kent State University at the Supima Design Competition during this year’s New York City Fashion Week in September, for her collection titled “Growing Up Female”. Her collection will be shown on the runway in NYC and the winner of that competition will receive a $10,000 prize. Please see below for the complete list of 2018 award winners.

During the Sponsorship Show on Saturday, April 28, Fashion School alumnus, Ms. Molly Langenstein, was inducted into the Fashion School’s Hall of Fame. Langenstein was named general business manager for Macy’s Ready-to-Wear (a new role in the organization) in September 2017. She is responsible for national brands, private brands, planning and digital integration. In addition to her 30-year merchandising career, she has co-chaired the American Heart Association’s Go Red for Women in New York City luncheon since 2010. She is also one of 25 women to be recognized in Leaders Magazine. Langenstein is a native of Ohio and a 1985 graduate of Kent State University.