Fox 8 Cleveland News Co-anchor Wayne D. Dawson, ’79, and JMC’s Coordinator for Career Services John Butte will be recognized as broadcast pioneers when they are inducted into the Silver Circle of the National Academy of Television Arts and Sciences.

Fox 8 Cleveland News Co-anchor Wayne D. Dawson, ’79, and JMC’s Coordinator for Career ServicesJohn Butte will be recognized as broadcast pioneers when they are inducted into the Silver Circle of the National Academy of Television Arts and Sciences, Lower Great Lakes Region this Saturday. 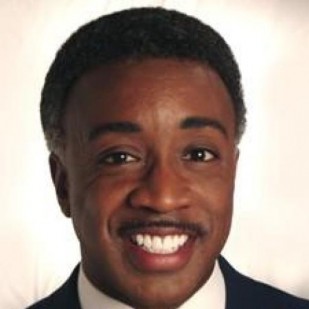 twenty-five years or more. The broadcast pioneers who become part of this distinguished group have had significant careers in many different aspects of the industry - engineering, management, on-air, technical, production, administration, talent.”

Dawson, who earned a bachelor’s degree in journalism, developed a passion for broadcast when he joined TV2 as a student. He attributes his successful career to the foundation he built at Kent State.

“It was there [JMC] that I got my first taste of TV and radio. I wrote, shot, edited and produced, and when I graduated, I had a great resume tape,” Dawson recalls. “My education gave me the confidence and skills I needed to succeed.”

Dawson has spent the past 32 years at Fox 8 and has been the co-anchor of Fox 8 News in the Morning for 15 years.  When asked the secret to his longevity in the industry, Dawson said, “Hard work is the key. I’ve just been extremely blessed to be in this business and work for such a consistent, stable station. This induction is an honor, and it’s a great feeling to be recognized by my peers.”

But in another life prior to joining JMC, Butte had a robust career in broadcast journalism, which started in 1965 when he worked as a radio announcer 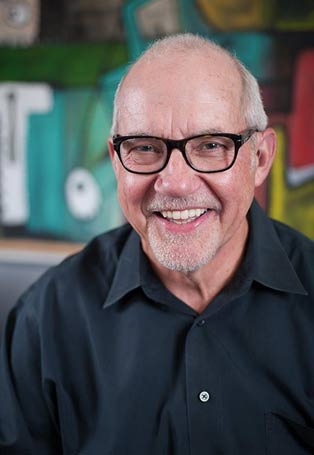 while in still in high school. Over the years, he has worn many hats including general manager, anchor, news director, reporter, photographer, assignment editor and executive producer. His breadth of expertise gives him the tools to help transform students into pros.

Among his many professional accomplishments, Butte says he’s most proud of being a mentor and positively impacting and developing others’ careers.

“It’s the people whose lives and careers I’ve influenced and in turn, their impact on others that I’m the most proud of,” he says. He also notes that the key to a successful, long career is doing work that you love. “Stay passionate about what you’re doing,” he says. “I’ve always been dedicated to telling stories about what’s important and helping bring attention to the important issues.”

Dawson and Butte join an elite group of industry leaders as the 76th and 77th inductees into The Silver Circle of the National Academy of Television Arts and Sciences, Lower Great Lakes Region.