Kiana Duncan, ‘18, developed a passion for traveling during her time at Kent State University, always taking advantage of every opportunity she had to study abroad and get new experiences. Upon graduating with a bachelor’s degree in Journalism in 2018, Duncan has been able to turn that love into her career.

While at Kent State, Duncan was involved in student media and other organizations, studied abroad almost every year and served her campus community.

“The big reason I chose Kent State was because of the amazing student media programs and how easily and quickly you can get involved in student media,” Duncan said. “The professors clearly wanted students to get involved, and there was just this excitement when I saw the newsroom. When I saw that, I knew this was what I wanted to do.” 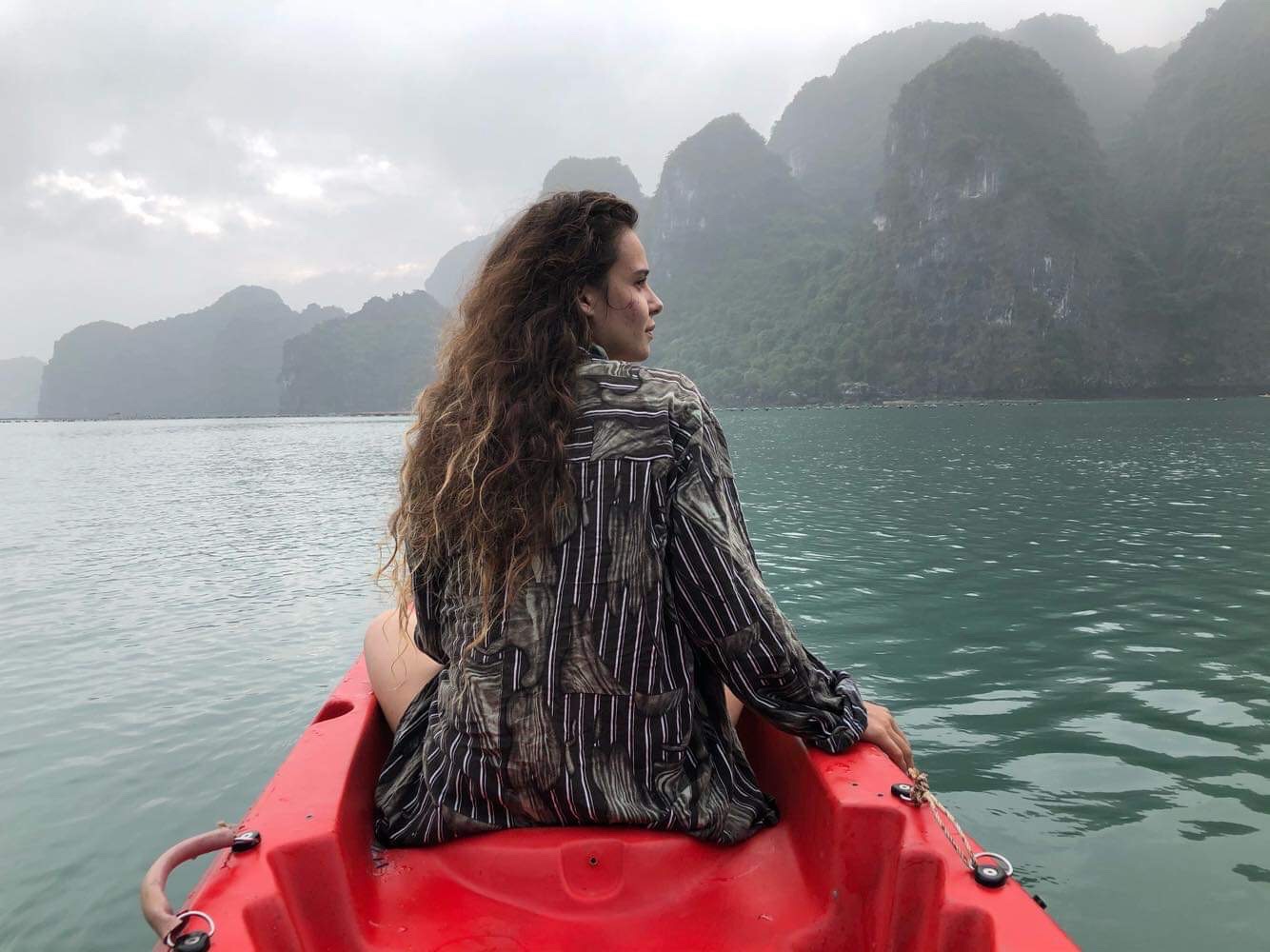 Duncan took full advantage of all of the student media opportunities offered, working with The Burr, Fusion and Uhuru magazines, and taking on a range of positions within Kent State’s student-run television station, TV2, throughout her four years.

Duncan always knew she wanted to study abroad in college but she had never traveled outside of the country before. Her sophomore year, Duncan was invited to participate in international storytelling, a program where she was able to travel to Cyprus and produce a story to submit to the Hearst Journalism Awards Program. It was her first experience out of the country, which opened doors for a lifetime of traveling.

After getting her first taste of international travel, Duncan spent the first semester of her junior year studying abroad at Kent State’s Florence, Italy, campus. Afterwards, one of her professors in the School of Media and Journalism reached out to Duncan with an opportunity to travel again, this time to spend a semester in Prague, which she took advantage of, spending the first semester of her senior year there.

“When I went to Prague I really didn’t know anyone there and everyone was from different countries, so I was really able to dictate for myself the experiences I wanted to have and friends I wanted to make,” Duncan said.

Out of all the study abroad experiences she had during her time in college, Prague was the most impactful, Duncan said.

“It was so cool and different going to a very European school, as opposed to Kent State Florence which feels more American,” Duncan said. “The expectations are very different in European countries, and that really helped me to realize that there is a whole other way of thinking and all of these different perspectives and ways of life.”

Duncan’s long-term goal was to join the Peace Corps after graduation. She knew she would have some time before finding out if she had been accepted, so she made it her mission during her last semester to meet with everyone she knew in the Office of Global Education, to find opportunities to travel and work between graduating and serving in the Peace Corps.

Duncan secured two positions, one in the summer with Kent State’s partner school Webster University in Switzerland, and one in the fall working as a media intern at Xi’an International Studies University in China. While traveling across Europe and Asia, Duncan was preparing to spend the next year in Myanmar (formerly Burma) serving in the Peace Corps.

After a short internship with Webster University, Duncan spent two months as a nanny in Madrid, Spain. Upon her last few weeks in Madrid, Duncan secured her visa for China, booked her ticket, and started her next adventure, which posed new challenges when working with social media due to restrictions in the country.

“I started their first social media accounts, which they were obviously very hesitant about,” Duncan said. “I really had to show them that these big Chinese universities have social media accounts, and between Facebook and Instagram, we got followers really quickly because students were really looking for that information and that sense of community.”

Duncan was working in China when she was told she had been approved for the Peace Corps and would be spending the next two years in a small community in Myanmar, located in Southeast Asia.

After three months of Peace Corps training in language and teaching, Duncan moved to a rural village where she taught grades six through nine in a school and became part of the community. The village ran on solar power, and very few other people spoke English, which helped Duncan put her Burmese to the test.

“Something that I really wanted to get out of the Peace Corps was language skills and learning how to assimilate into a completely new culture,” Duncan reflected. “Being in a rural community and speaking Burmese for 8 hours a day was so beneficial. I would attend religious services where I learned a lot about Buddhism and went to classes where everything was taught in Burmese.”

While in Myanmar, Duncan’s mission with the Peace Corps was to teach English in her village, but Duncan said she realized that many of the children she worked with could not read their native language yet. Duncan brought the community together to see what they really needed and how she could best serve them.

“I wanted to ask what the community was really interested in me helping with,” she said. “I ended up working with other teachers to find a lot of funding for English and Burmese books, worked a lot in the library and worked on literacy and getting students excited to learn English other than just in class.”

In March, Duncan and her fellow volunteers were sent back to America as COVID-19 began to spread across the world. After spending a few months back in her home in Ohio, and a stint in Portland, Oregon, with some fellow Peace Corps volunteers, she is now on her next adventure, this time living in Mexico with plans to spend the rest of the year traveling across Latin America while working remotely.

Duncan currently works as a digital media associate for the Confucius Institute U.S. Center, combining her interest in Chinese culture with the media and communication skills she learned during her time at Kent State. She says that this position is vital and relevant right now, as she helps to bridge the gap between Chinese and American cultures and people.

“Right now I think we as a country are really badly in need of intercultural exchange and appreciation,” Duncan said. “I’m really excited about helping people see China as a nationality and see the people, rather than a single facet.”

Duncan says that the support and opportunities she got at Kent State has made a lasting impact on her. Between involvement across campus, serving as a student leader and traveling across the world multiple times during her four years, Duncan developed skills that have opened many doors for her and will continue to.

“I felt so supported at Kent State because there was always this environment that fostered just going out and trying things, doing everything you possibly can and taking on leadership roles,” Duncan said. “College was a really big transition for me, and Kent State always had so many resources and amazing professors who kept an atmosphere that there was no shame in getting that extra support.”