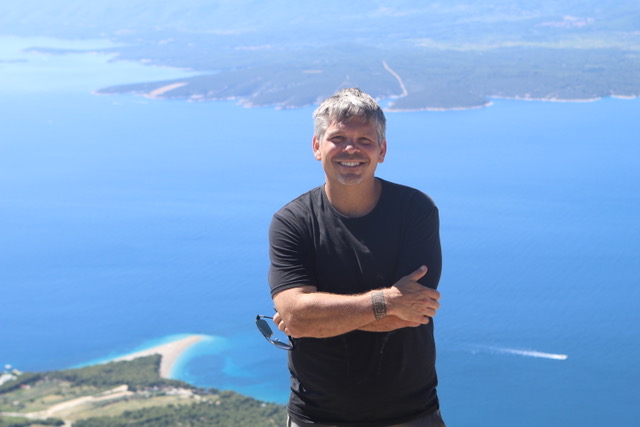 Joshua Stacher is a Professor of International Relations in the School of Multidisciplinary Social Studies and Humanities. He worked in the department of political science between 2008-2021. Stacher’s scholarship has focused on politics, state violence, protests, and social movements in the Middle East and North Africa. He is interested in studying state violence produced by settler colonialism, mobility restrictions, ethnocratic rule, and empire as well as social resistance to this repression.

Stacher's new book Watermelon Democracy: Egypt's Turbulent Transition was published by Syracuse University Press in March 2020. He is also the author of Adaptable Autocrats: Regime Power in Egypt & Syria (Stanford UP, 2012) as well as other peer-reviewed journal articles. He is a regular contributor to and a former editorial committee member of MERIP's Middle East Report. He is on the editorial board of the International Journal of Middle East Studies (IJMES) and served on the Middle East Studies Association's active Committee on Academic Freedom (2015-2020). Stacher has made media appearances and written commentary for NPR, CNN, BBC, Jacobin, Al-Jazeera, Foreign Affairs, Jadaliyya and The New York Times, among others. He is also a founding member of the Northeast Ohio Consortium on Middle East Studies (NOCMES), which focuses on public education in Northeast Ohio. In 2012-13, he was a Fellow at the Woodrow Wilson International Center for Scholars. Stacher has also won grants from The Social Science Research Council, The Project on Middle East Political Science, The British Council and The Palestinian American Research Center.

Stacher earned his B.A. from Washington & Jefferson College, M.A. from the American University in Cairo, and a Ph.D. at the University of St. Andrews. Prior to working at Kent State, Stacher was a post-doctoral fellow at the Moynihan Institute for Global Affairs at Syracuse University's Maxwell School.