Kent State University’s College of Public Health was one of the partners recently honored by Ohio Attorney General Richard Cordray with the Ohio Distinguished Law Enforcement Group Achievement Award for 2010.

Kent State University’s College of Public Health was one of the partners recently honored by Ohio Attorney General Richard Cordray with the Ohio Distinguished Law Enforcement Group Achievement Award for 2010. Kent State was recognized for its role in the Akron Fugitive Safe Surrender program in 2009. The award was presented Sept. 15 during the Ohio Attorney General’s Law Enforcement Conference in Columbus, Ohio. 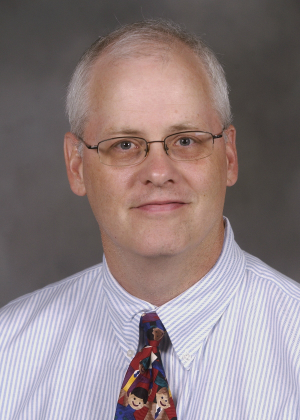 The U. S. Marshals Service developed the program as a way for individuals with outstanding warrants to safely and peacefully surrender to authorities.  Local law enforcement agencies partner with the courts, area clergy and social service agencies to set up a system for these people to have their cases adjudicated in a safe environment.

According to Dan Flannery, professor of social and behavior sciences at Kent State’s College of Public Health, the setting is critical. “These programs are held in churches, and the sanctity of the location is very important,” Flannery said. “But it does require that the entire justice system be transported to a church setting, which is quite an undertaking.”

Kent State’s role was primarily to gather information on the participants, as well as follow up on the disposition of the individual cases. “It’s important to determine if these folks show up for their court dates to track the success of the program,” Flannery said. Kent State students from multiple disciplines were involved with the Akron effort, and with this year’s program in Cleveland, which took place Sept. 22 - 25.

“One of the primary goals of this initiative is violence prevention, since apprehending people with outstanding warrants often results in conflicts,” Flannery said. “Violence prevention and treatment is one of the many areas of research at the College of Public Health, so our involvement with the program is a natural fit.”

“These honorees were selected for their hard work, cooperation, tireless dedication and exemplary effort and innovation for the Akron program,” said Peter Elliott, U.S. Marshall for the Northern District of Ohio. “The program led to more than 1,300 people peacefully and voluntarily surrendering.”

“Kent State has been involved with the program since its inception,” Flannery said. “Fugitive Safe Surrender plays an important role in violence prevention, both for law enforcement and for the community at large. It provides people a second chance to get back on track.”

“The program creates a winning solution for law enforcement, the families of the fugitive, and the community,” Elliott added.

The College of Public Health at Kent State is Ohio’s second college of public health. It was established to help meet the demonstrated state and national need for public health professionals. According to a February 2008 report by the Association of Schools of Public Health, America will need 250,000 more public health workers by 2020 – a well-educated, technologically savvy and multidisciplinary workforce that includes epidemiologists, biostatisticians, health educators, health program administrators, health policy analysts, public health physicians and nurses, and occupational and environmental health specialists.

For more information on the College of Public Health, call 330-672-6500 or visit www.kent.edu/publichealth.