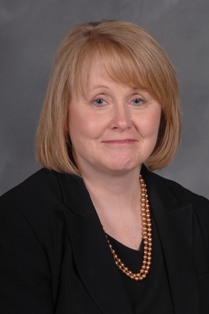 Kent State Provost and Senior Vice President for Academic Affairs Robert G. Frank said naming Alemagno dean of the College of Public Health makes perfect sense. “Sonia has been an integral part of establishing our new College of Public Health and then getting it up and running,” Frank said. “The college has been growing rapidly with more than 250 students in its undergraduate and graduate programs. This growth can be attributed to Sonia’s hard work and ongoing dedication to the college. Sonia is a strong academic and intellectual leader who will work with us to take the College of Public Health to the next level while playing a major role in stimulating the development of community partnerships and collaborations across the entire institution.”

Alemagno takes over the deanship from Dr. Mark James, who has decided to return to his first love of teaching and relinquishes his deanship on June 30. As a faculty member, James remains committed to the College of Public Health and will work to develop two areas in which he has noted expertise: international global health programs and graduate-level instruction in the immunology of infectious diseases. James will serve as executive director of Global Health Programs.

Alemagno joined Kent State in 2009 to assist in the development of the new College of Public Health. She has held the position of interim vice president for research since July 1, 2010. Before joining Kent State, she was the chair of the Department of Public Administration and Urban Studies and director of the Institute for Health and Social Policy at the University of Akron.

Alemagno earned a master of arts in sociology from Kent State in 1984 and a doctor of philosophy degree in medical sociology from Case Western Reserve University in 1991.

She resides in Russell, Ohio.