Kent State is dedicated to creating an inclusive environment for the campus community. A recent example of this effort is Kent State Athletics’ autism awareness initiatives. The men’s basketball team hosted two events promoting awareness around autism this season.

The Kent State social media team supported the events with pre-game promotion and live coverage. The events were promoted across all social platforms to help raise awareness for the initiatives taking place.

On Dec. 21, in a game against Hampton University, the Flashes made modifications to make the game sensory-friendly for those in need. KultureCity teamed up with Kent State to develop the sensory-friendly game experience.

Some of the aspects that they changed included: reducing audio levels in the MAC Center, removing motion graphics and LED’s, giving the hard-working Flasher Brass Pep Band a day off from performing and providing sensory containing headphones and fidget activity toys. The game also included a quiet, sensory-friendly area in the MAC Center loge for anyone who needed a break from the action. 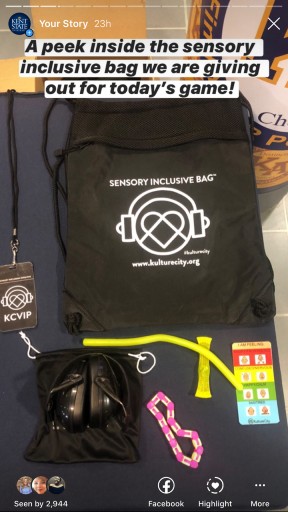 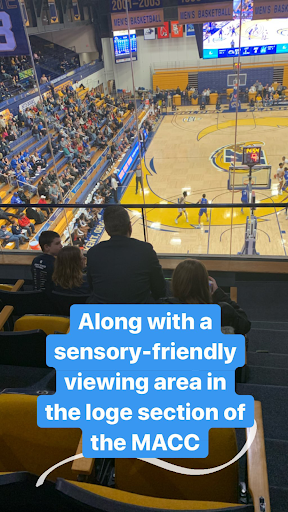 Last month, the Flashes hosted the Ohio University Bobcats where they continued their ongoing commitment to promoting autism awareness with special jerseys that were created in collaboration with students from the Fashion School, Division of Diversity, Equity and Inclusion and Under Armour®. The “1 in 59” represents a statistic from the Centers for Disease Control and Prevention that one in 59 children are diagnosed as being on the autism spectrum. The game also featured autism awareness T-shirts that were a special giveaway to the first 500 fans. The t-shirts were designed by a student from Kent State’s Fashion School. 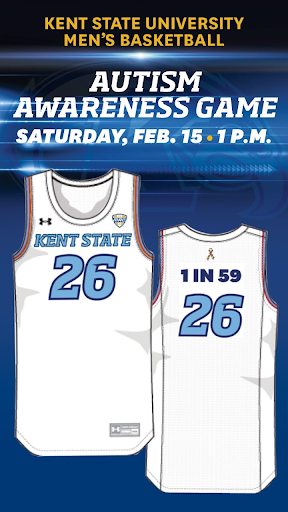 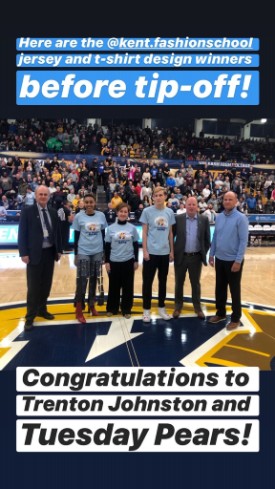 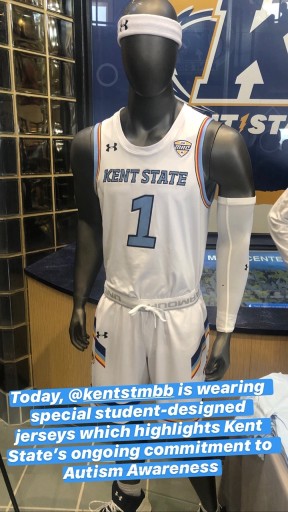 Another cool highlight from this game: this massive dunk by Kent State guard Troy Simons was featured at #8 on the SportsCenter Top 10!

These games not only saw social media engagement, they also provided a strong connection to the community. Several local nonprofit organizations, including the Autism Society of Greater Akron, ASPIES of Greater Akron and Autism Society of Greater Cleveland, received a discount code to sell tickets and those organizations received a donation half the price of the ticket. The Kent State community was in full support of these initiatives and showed it by making the autism awareness game on Feb. 15 the SECOND-HIGHEST attended men’s basketball game of the year.

Kent State is excited about the positive feedback from the initiatives and is looking forward to more efforts like this in the future.