May 4 Visitors Center brings unique ‘Voices’ to the upcoming commemoration 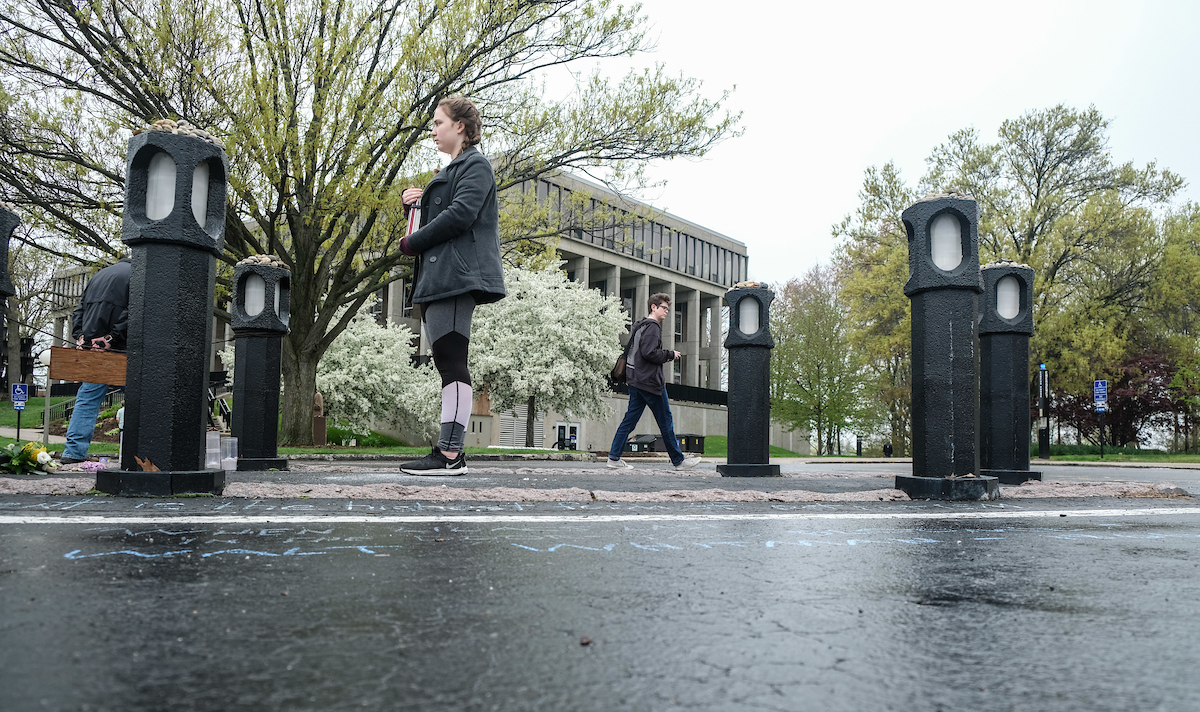 For the past year, Kent State has featured exhibits, panel discussions, tours and other events leading up to the 50th Commemoration of May 4, 1970. And as we approach the upcoming virtual commemoration, we wanted to highlight one innovative social media initiative in particular.

Spearheaded by Mindy Farmer, director of the May 4 Visitors Center, the Kent State Voices 1970 social media campaign brings context to what was happening during the time leading up to the tragic events using a platform that can connect with current students.

“We wanted to think of ways to get students involved and this seemed like a great way to meet them at their medium,” Farmer said.

The social media account, @ksuvoices1970 on Instagram and Twitter, features four individuals who were on campus in 1970 to provide insight on the period from their perspectives. Those “voices” are: Laura Davis, Tom Grace, Jerry M. Lewis and Tim Moore.

At the time, Davis, Grace and Moore were all students. Lewis was a professor of sociology and faculty marshal. Today they still have connections to the university.

Davis is professor emerita of English and a co-creator of the May 4 Walking Tour and the May 4 Visitor Center. Moore is an emeritus professor from the Department of Pan African Studies. Grace, who was wounded on May 4, 1970, is a part-time assistant professor of American history at Erie College, State University of New York. He’s also the author of Kent State: Death and Dissent in the Long Sixties (2016). Finally, Lewis was one of the co-authors of the application to add the May 4 site to the National Register of Historic Places. That application was approved in 2010. He also co-authored Kent State and May 4th A Social Science Perspective, an analysis of the May 4 shootings with Thomas R. Hensley, Ph.D.

The accounts showcase images and newspaper clips along with captions written in the voices of each featured person. After Davis, Grace, Lewis and Moore were identified as the voices, they were interviewed. The Visitors Center then held a community write-a-thon over the summer where about 10 people used the information from those interviews, along with campus maps, Daily Kent Stater articles from 1970 and their own historical knowledge to write posts for the project.

“It was a really interesting experience for everyone involved.” Farmer said.

Farmer said as they prepared for the commemoration, she and Lori Boes, assistant director of the May 4 Visitors Center, reviewed the social media accounts of various museums to come up with ideas.

The creation of the @ksuvoices1970 account was inspired by two projects in particular. The first was the passport program through the Holocaust Museum where visitors can follow the story of one person throughout. The second was from the JFK Presidential Library, where they tweeted during the 2016 election as if John F. Kennedy were still on the campaign trail.

We invite everyone to check out the account to find out more about the era in a new way. Not only are you likely to learn something new, it’s a chance to really find out about the mindset of the students and faculty who were on campus at the time.