My experience as a social media assistant at Kent State: Jacob Majka 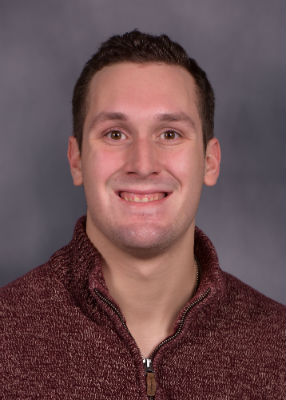 Before I decided to attend Kent State in summer 2016, I weighed the pros and cons of attending a larger state school in Ohio instead of staying closer to home in Buffalo, New York and attending a smaller school. The one thing I did know: I was passionate about sports and I wanted that to be a part of my future. Being from Buffalo, I will always support my hometown Bills and Sabres. But there’s no NBA team in Buffalo, so as long as I can remember (and as long as Lebron James has been in the NBA) I’ve been a fan of the Cleveland Cavaliers.

The summer of 2016 was a special time for Northeast Ohio. The Cavaliers came back from a 3-1 series deficit against the Golden State Warriors to win an NBA Championship. It was also a special time for me, as my love for sports put Kent State in the No. 1 spot over other universities. I enrolled as a public relations major in hopes of working for a professional sports organization after graduation. I could only hope to be a small part of a story that was as magical as the Cavaliers that year.

Fast forward to 2018, and I began working as a social media assistant at Kent State. A friend of mine sent a message in our PRSSA Kent chapter Slack group with information about the position and I immediately applied. One of the reasons I was so drawn to the job was the option to cover any home sporting event that we had on our schedule. I get to be up close for these games and be a storyteller. It was like a dream come true for me.

Over the years, I’ve been able to capture some amazing Kent State athletics moments – buzzer beaters, touchdowns, rivalry games, Homecomings and everything in between. Here are five of my favorite memories that I’ve made while following one of my dreams and covering the teams.

One of the first football games I was able to cover at Kent State was Homecoming of my junior year. Kent State played Ohio University, and I’ve never seen the stadium that full in all of my 4 years.

Kent State lost this game to Ohio 27-26 in the final minutes of the game, despite leading for most of it. It was a hard-fought, back and forth affair that was a sign of good things to come soon for Kent State football. Even though they lost, it felt like the program was turning a corner towards more success. My favorite memory of this matchup was the first video I took of the action, a 75-yard touchdown pass from Woody Barrett to Isaiah McKoy to open the game.

A special moment in Kent State history that I was lucky enough to be a part of. Kalin Bennett, the first student-athlete with autism to sign a national letter of intent to play Division I college basketball, enters a Kent State basketball game for the first time. In the same game, Bennett scored his first points in a NCAA game. Personally, I have two wonderful younger cousins who fall on the Autism spectrum, and Kalin’s presence on this year’s Kent State basketball team made the entire season a special experience for me as I’m sure it did for everyone involved. Thankfully, I was there to capture the moment and it’s one I will never forget.

The start of a historic run to Kent State’s first-ever bowl victory. The Flashes were down 27-6 to Buffalo on a cold, blustery November night in Kent. The game was all but over. I was ready to go home and drink some hot chocolate to warm up after freezing for 3 hours. Then, something magical happened. Everything started going Kent State’s way. A blocked punt. An onside kick. They weren’t actually going to come back and win this thing, were they? Oh yes, yes, they were. Kent State came all the way back and ended up defeating Buffalo 30-27. Sophomore Kicker Matthew Trickett nailed a 44-yard field goal to complete a 21 point comeback, the largest in the FBS last season. It was a magical comeback (against my hometown school, nonetheless), that saved the season for the Flashes. And for me? It was one last victory over my hometown school, which made it just a little bit sweeter.

Whenever Kent State and Akron get together on a basketball court, it’s a high-energy game with everyone on the edge of their seat. The Gold Out game this year was a back and forth, high-pressure affair between two of the Mid-American Conference’s best basketball teams that certainly lived up to the hype. This game was THE best crowd and atmosphere I had ever seen at any Kent State men’s basketball game. The Flashes were a special group this year. They had the talent to beat any team they faced in the Mid-American Conference. Coming into the game, Akron was in first place. Thankfully, the Flashes escaped with a narrow victory over their crosstown rivals, 68-67, following this final stop at the buzzer.

This is single-handedly the most impressive play I saw in three years of working in this position. Late in the first half against the Ohio Bobcats, Troy Simons threw down one of the best dunks I’ve ever seen in a live basketball game. It made the Top 10 on Sportscenter and I was lucky enough to be on the baseline for it. The Flashes went on to defeat the Bobcats 87-72 in an exciting, high-scoring affair. It’s my favorite video I’ve ever taken at any sporting event and is the kind of moment that I dreamt of when going to these games. Thank you, Troy Simons. I still can’t believe what an impressive dunk this was.

Those are just a few of the moments I was lucky enough to capture while working for Kent State social media. This position has been a dream come true, and for anyone who has the opportunity to cover these games in the future, cherish it. The MAC Center and Dix Stadium will forever be two places that are near and dear to my heart, and I’m incredibly thankful to have had the opportunity to follow my dream and be a small part of Kent State sports history. We are all #FlashesForever and I can’t wait to come back and experience many more moments as a proud alum. Go Flashes. Thank you for the best 4 years of my life, Kent State 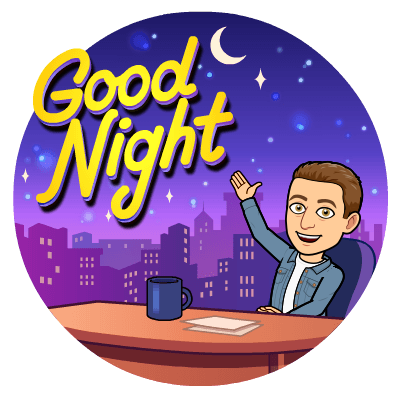