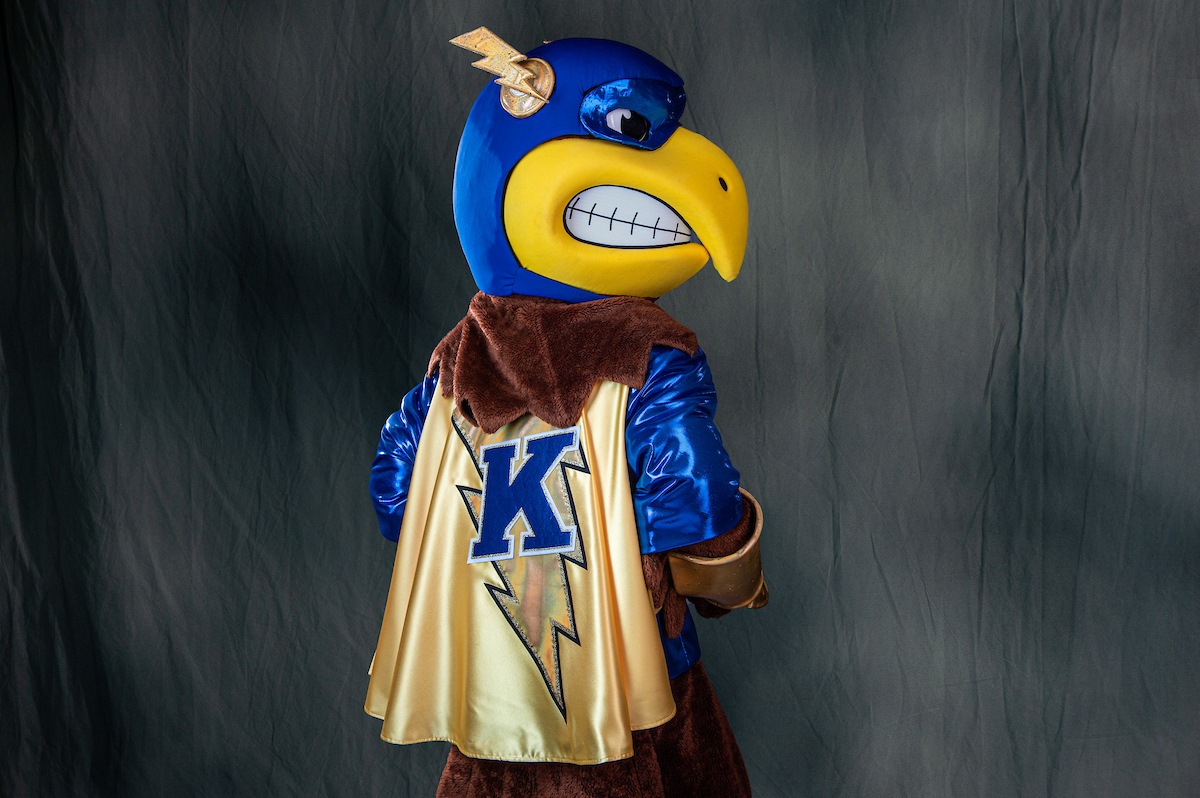 Kent State’s School of Theatre and Dance, athletics and social media teams joined forces to develop a Halloween costume for our favorite mascot. Once we decided this year’s motif for Flash, we swooped into the Costume Shop, which became the headquarters for the League of Halloween Heroes. 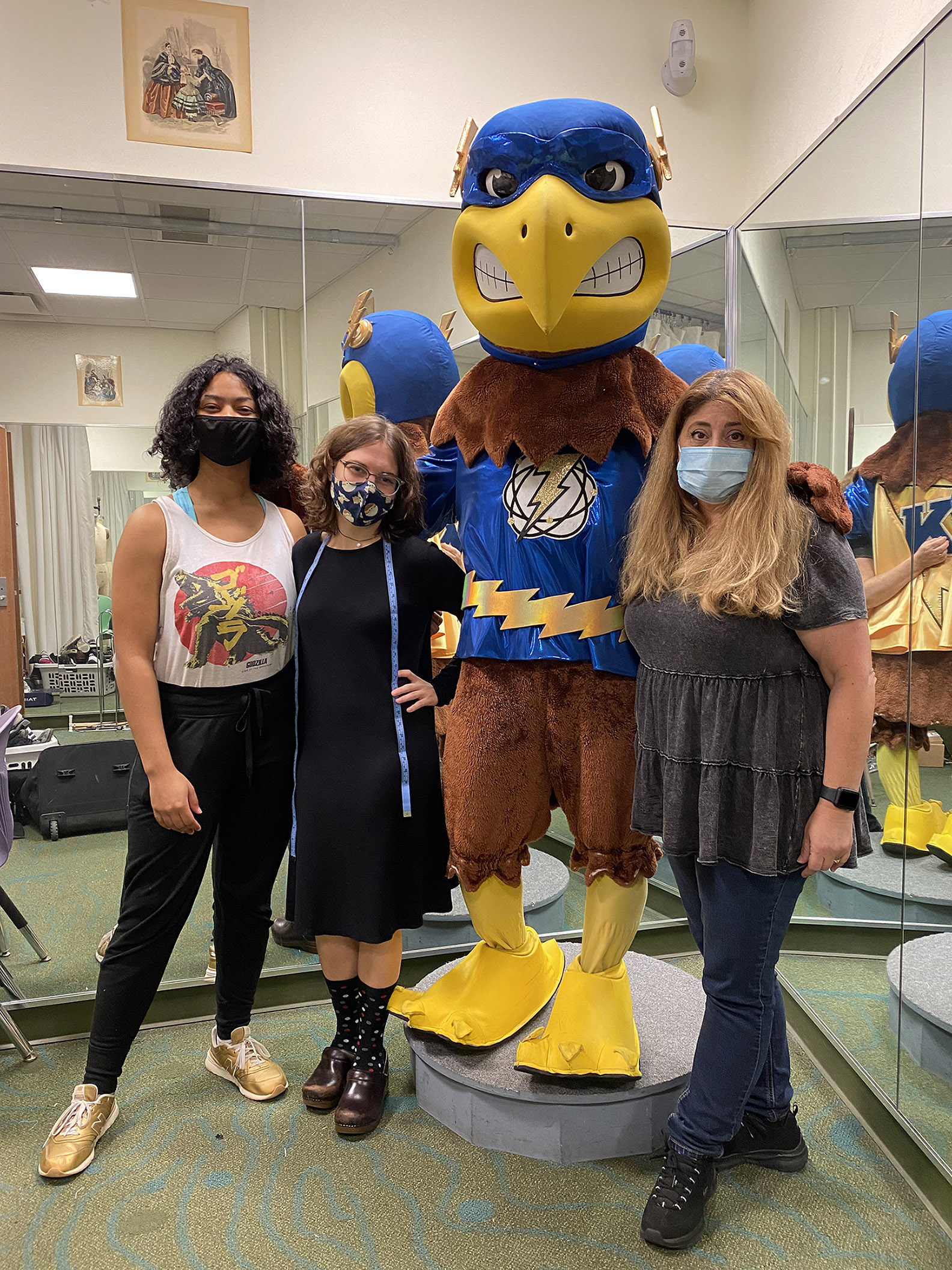 Once charged with the task of creating something super for Flash, Sallot ran with a spark of inspiration -- a flash of electricity! Using the university’s lighting bolt and blue and gold color scheme, Victoria punched up the colors and the shine to give Super Flash an electric feel. If you look closely, the emblem on Super Flash’s shirt even mimics the atoms in an electric charge.

Anything that was 3D printed, like the incredible lightning bolts on Flash’s mask and the special details on the gold gauntlets were Tate’s handiwork. Working with Sallot’s designs, Tate was able to use her experience with the 3D printer and foam fabrication (we’ll talk a little bit more about that below) to create a something fit for superhero.

The experience was also educational for both Sallot and Tate who were able to use new processes to complete the project. Super Flash’s removable mask was specially fitted using a process called foam fabrication, which -- as Sallot explains -- allowed them to cover a three dimensional form with a two dimensional object. Oh, and this was the first time that either of them had to work on a project for a mascot, so even the sizing and fitting process was a new experience.

Naturally, to unveil this costume of epic proportions, we wanted to show off what Super Flash could do.

This Halloween, there's a new hero on campus to save the day. ⚡ pic.twitter.com/z4pUFCh1ss

A special thank you to Sallot and Tate for their fantastic work on the costume, everyone at the Costume Shop and School of Theatre and Dance who helped bring this heroic vision to life. And the bird, the myth and the legend himself, Flash, for showcasing his powers!

Have a safe and fun Halloween, Golden Flashes! For other activities on campus be sure to check out our Halloween page.