The #1 Way to Control Emotions During Conflict: Focus on the Issue

How many times after a difficult conversation with someone have you thought:

If you have ever experienced one of these thoughts, you are not alone. Conflict often deteriorates from a discussion of the issue into a confused power struggle.

Emotions interfere with our ability to identify and maintain focus on the issue during conflict. The reason we are so eloquent after the conversation is over is because emotions have subsided and rational thought is now in command of our thinking. Now we know exactly what we should have said. Sometimes the emotion subsides quickly, allowing us the immediate opportunity to identify the real issue, make amends and resolve the issue. Sometimes the emotion lingers, however, resulting in grudges, plans for evening the score and counter attacks. When this happens, the original issue may be lost in an on-going drama that can last a lifetime.

Emotions are a powerful force. Keeping our focus on rational thought while experiencing strong emotions can seem like a superhuman feat. The good news is that we can train ourselves to switch from emotional impulses to rational problem solving and keep our communication issue-focused during the conflict.

The most important step is to understand what the “issue” really is so that you recognize it when you hear it. In many cases, conflict conversations center around three types of issues:

In the first category, the problem is often created by either the wrong information or by everyone not having the same information. This conflict is easy to resolve if we can simply recognize the lack of shared information or incorrect facts. This sounds simple, but how many times has an argument lasted for thirty minutes before someone finally recognized each person was arguing from a position based on different information? Asking for the background knowledge of each person’s position can unveil this problem and lead to faster resolution. The focus changes from who is right to what is right. That is the real issue.

The second category is more difficult. In this situation, everyone has the same information but views it differently. Some may view certain facts as more relevant than others. Some may have a different sense of urgency about acting on the information. People can become very attached to their opinions about what they know. After all, we are actually debating each person’s view of the world here. If we do not keep the conversation focused on the information itself, the focus is then on who is right.

In this category we may need to “agree to disagree.” This is fine, but this is not as far as it goes. We can’t just say we disagree and leave it at that. We must find a way for us to live with the fact that we disagree. For example, if you and a family member are of opposite political mindsets, agree to disagree but then figure out how you will act as a result of this disagreement. Can you agree not to inundate each other’s email inbox with forwarded political messages? If a plan for how you will act on the disagreement is not devised, the disagreement will arise again and again. Every time you hear that “ding” saying: “You’ve got mail!” you will wonder if that so-and-so sent you more propaganda in an attempt to change your mind. Then you will begin plotting how to prevent him from getting the turkey drumstick at Thanksgiving. That’s how silly it can get when the focus is on who is winning, not on how to resolve the real issue – which, by the way, is the fact that we disagree.

Category three (action/behavior) is the most difficult type of issue to address. When someone does something we don’t like, we are hurt, angry and often determined to get even. The key to keeping an issue-focus in this type of conflict is to separate the person from the choice of action. Visualize it this way: Think of someone you love dearly. Have you always approved of every choice of action they have taken? Probably not. But you continue to love them despite the fact that they did something that bothers you. This is what is known as detachment. Detachment allows us to understand a person’s mistake and focus on a better choice of action. When detached, you address the behavior, decide what should be done differently, provide a chance to make a better choice and celebrate success when a better choice is made. You do not label them a horrible person simply because they make a choice you don’t like and then treat them unkindly in return. What we are doing is standing up for ourselves and setting boundaries.

Setting boundaries with people is a struggle for many of us. Detachment allows us to empathize with the stresses a person may be experiencing, while stating that being sarcastic when they talk to us is not acceptable. Some people allow unacceptable behavior from others because they focus too much on the excuse or reason for the behavior without ever stating that the behavior itself is not acceptable. They then become resentful when the behavior persists. Others have no tolerance for any behavior that fails to meet their expectations. They then either refuse interaction with that person or show their disdain for them in many symbolic ways. Separating the person from the choice of behavior allows us to remain respectful and dignified in our approach to others, even those we don’t like.

“Why bother?” you may ask. Why not just treat them the way they treated me? Because:

Pick a reason, any reason. Temporarily it might feel better to “put them in their place,” but you have just established the rules for how dysfunctionally the two of you will interact from this point forward…possibly forever.

Worse yet, there are three stages that conflict will go through if we do not stay focused on the issue. The steps look like this:

If we fail to focus on the issue, we end up “below the line” in a world of on-going personal battles (Stage 1). For example, say you failed to separate the person from the behavior. You said: “You’re so lazy” (person-focused) instead of saying: “Please put your socks in the laundry hamper” (action-focused). When people feel attacked, they become defensive and blame others, especially the attacker. No one is focused on change to improve the situation, only on who started it. Everyone forgets that the real issue is about socks.

Stage Two (Factions) happens because no one likes being in conflict alone. We start talking to other people about the “personality clash” we are having. Name-calling, judging motives, psychoanalyzing etc. become a part of the conversation. Why do we do this? We are hoping to gain power by getting others on our side. Now I can say: “Everyone agrees that you’re wrong.” We have created our faction of supporters versus theirs. The focus is on winning and losing and, most importantly, on score-keeping. Everything becomes a competition: who is working harder, how many times one person cleaned the cat litter box versus the other, who has the bigger computer monitor. You get the picture.

When the score is perceived to be uneven for a period of time, then Stage 4 (Undermining) begins to surface. We feel compelled to ensure that the other faction cannot win by:

Everyone is focused on out-maneuvering the other side. No one remembers what started the conflict at this point. No one really cares. It is winner take all. Communicating in a respectful and issue-focused way? Forget about it. How can you stay focused on the issue when you can’t remember what it is?

Hopefully you can see the effect that keeping focused on the issue has in not only the immediate conversation, but also in the long-term relationship. We are better equipped to set boundaries with people, stand up for our beliefs and influence others when we remain issue-focused. It is not an easy task, however. We need to learn how to identify the issue, word our comments correctly and respond in an issue-focused way, despite the fact that the other person is approaching us from “below the line.” We must decide that maintaining our dignity is more important than showing disdain or winning. We need to fight our emotional tendencies to place blame, engaging in problem-solving instead.

The ability to focus on the issue takes practice and, in heated discussions, what seems like super-human strength. But, wouldn’t you rather put in the effort to learn how to focus on the issue and move past it, rather than constantly asking yourself those “Why-didn’t-I-handle-it-better” questions? 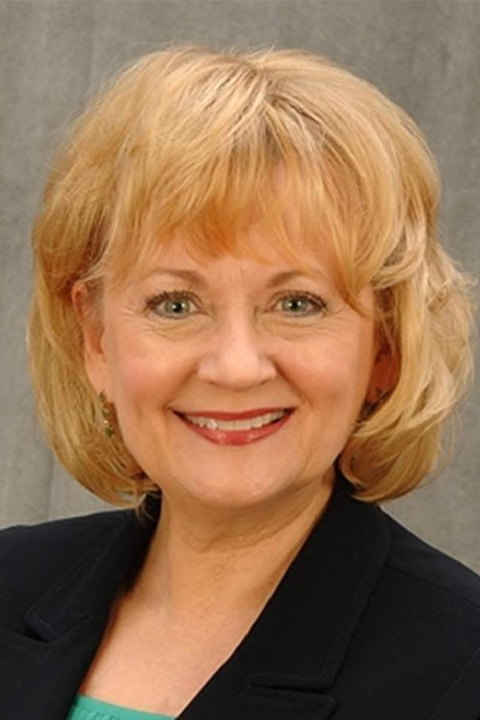