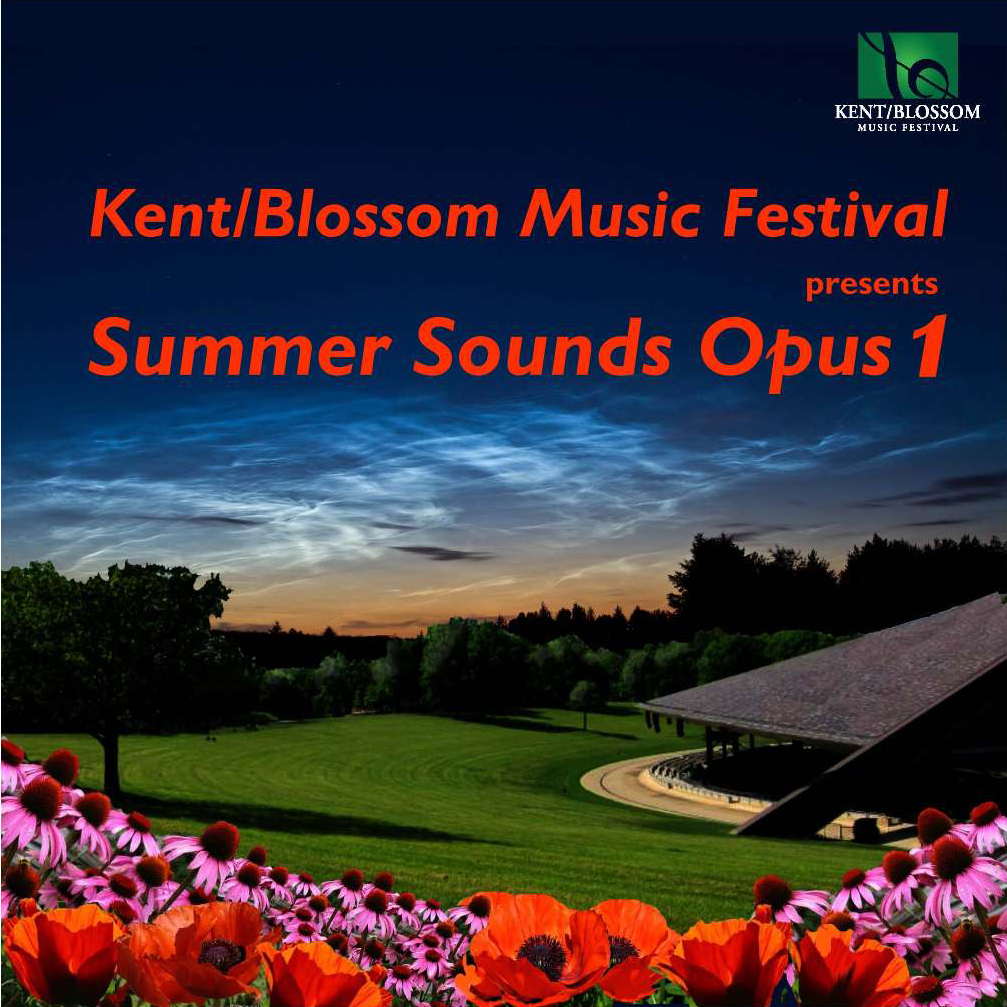 Fruits of the 2012 Kent/Blossom Music Festival

The Kent/Blossom Music Festival has been a prime training ground for gifted young musicians ever since Kent State University and The Cleveland Orchestra inaugurated the programme in the summer of 1968 in conjunction with the opening of the orchestra's summer home, Blossom Music Center. The superior level of faculty artistry at Kent/Blossom can be gleaned on this new disc, 'Summer Sounds, Op. 1' which juxtaposes recent works by Margaret Griebling-Haigh and Jeffrey Rathbun with a Mozart string quartet.

Griebling-Haigh's penchant for exotic atmospheres is on display in two pieces of rich and haunting personality. The Sinfonia concertante is scored for the fresh amalgam of two oboes, bassoon and string quintet, which engage in sinuous and impassioned conversations until whimsy takes over in the third movement, an evocation of rascally rabbits. In Alegrias, Griebling-Haigh blends Sephardic sounds of several regions in a stew of flavourful ingredients. With yet another novel instrumentation - accordion, dumbek, oboe, piano, strings, tambourine - the music swirls and stomps in off-beat flamenco rhythms to disarming effect.

Rathbun, assistant principal oboe of The Cleveland Orchestra when not composing, reveals vibrant creative skills in Phases, a work for woodwind quintet whose five movements highlight different incarnations of salient material.  It's at once piquant and poetic, with ample opportunity for orchestra members to exude characteristic elegance and pinpoint clarity.

Amid these 21st-centur offerings, Mozart's Quartet in G major, K387, unfolds with cherished vitality and poignancy as placed in refined, articulate and buoyant perspective by the Miami String Quartet.  By all means, bring on 'Summer Sounds, Op. 2'.

Here is an attractive program of three recent works and a Mozart String Quartet performed by distinguished musicians from the Cleveland Orchestra, Kent State University, and the Miami String Quartet. Cleveland Orchestra composer-in-residence (2011-12) Margie Griebling-Haigh is represented by her Sinfonia Concertante, and Alegrias, both conducted here by Sasha Mäkilä. Oboist Jeffrey Rathbun's Phases for wind quintet, and Mozart's Quartet in G, K. 387 complete the program.

Griebling-Haigh's Sinfonia Concertante from 2010 establishes from the opening measures of the first movement (Allegro ma non troppo) a Stravinskian neo-classical sound world of boldly stated intervals, punchy rhythmic figurations, and sudden unexpected turns of tonality. Scored for eight players (two oboes, bassoon, and string quintet), members of the ensemble are used both collectively, individually, and in smaller groupings in true concertante fashion. In a word, everybody gets into the act and has a chance to play important solo passages and at other times to be part of the tutti as well. The playing is entirely expert and impressive, as one would expect from the Cleveland musicians. One hears now and then an echo, or tip of the cap to Bartok, which adds to the fun and would seem to be deliberate. The second movement (Andante) opens with dark murmuring in the strings which leads to a deeply expressive and beautifully played bassoon solo. This music is more than clever, and yet as it unwinds at over 10', the material begins to meander and overstay its welcome. The third movement, Rondo di coniglietti (Rondo of little rabbits) is an affectionate reference to John Mack, to whom the work was dedicated. Once again we are treated to neo-classical, cheerful circus-like dance rhythms, and humorous cheeky episodes contrasting against long, graceful cantabile lines. I found this to be the most effective movement of the piece, with a charming coda beautifully played by oboists Frank Rosenwein, Danna Sundet, and bassoonist Barrick Stees.

Alegrias (Joys) from 2009, also by Griebling-Haigh infers elements of Spanish, Sephardic, and Moorish music in its instrumentation, cantare melodies and rhythmic construction. Hearing the sounds of accordion, dumbek, tambourine, and piano, along with oboe and strings makes for an exotic brew, reminding one of Piazzolla. Once again I found the outer movements more convincing, with the finale especially rousing. Ensemble precision and individual playing are impressive at every turn.
Cleveland Orchestra assistant principal oboist, Jeffery Rathbun is gaining increasing recognition as a composer. His wind quintet, Phases from 2007 is an excellent example of his work. Phases is organized into five beautifully scored movements ranging from jazzy-bluesy, quiet and solemn (with some very fine low register oboe work by Rathbun), poly-tonal, rhythmically assertive "modern" music language of the 1970's & 80's, some urgently romantic music, and last but not least, a wink of the bassoon part toward Orff's roasted swan. This is an impressive work, which I very much enjoyed hearing. Terrific music, superb wind playing ... what's not to like?

The Mozart String Quartet in G, K. 387 is an unlikely discmate given the provenance of the other works presented here. And yet, it's hard to protest too much, given the beautifully played, unaffected and stylistic performance given by the Miami String Quartet. One word that does come to mind: enjoy!