Thanks to the generosity of the Kulas Foundation and the Kulas Visiting Artist Series, Kent Blossom Music Festival is able to bring world-renowned guest artists to work 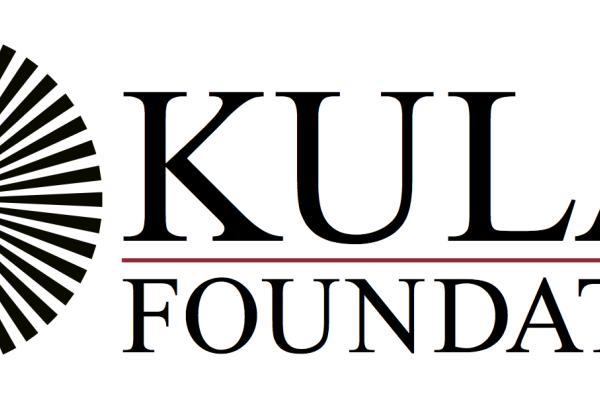 Clarinetist Anthony McGill, flutist Demarre McGill, and pianist Michael McHale formed the McGill/McHale Trio in 2014 and have won critical acclaim for their performance of standard repetoire and new works. After four decades of success the world over, including many award-winning recordings and newly commissioned works, the Kalichstein-Laredo-Robinson Trio continues to dazzle audiences and critics alike with its performances. The Emerson String Quartet has maintained its stature as one of the world’s premier chamber music ensembles for more than four decades. The quartet has made more than 30 acclaimed recordings, and has been honored with nine Grammys® (including two for Best Classical Album), three Gramophone Awards, the Avery Fisher Prize, and Musical America’s “Ensemble of the Year”. Violinist Jennifer Koh is recognized for her intense, commanding performances, delivered with dazzling virtuosity and technical assurance. Ms. Koh is Musical America’s 2016 Instrumentalist of the Year, a winner of the Concert Artists Guild Competition, and a recipient of an Avery Fisher Career Grant. The groundbreaking, category-shattering trio Time for Three (Tf3) transcends traditional classification, with elements of classical, country western, gypsy and jazz idioms forming a blend all its own. The members — Nicolas (Nick) Kendall, violin; Nikki Chooi, violin; and Ranaan Meyer, double bass — carry a passion for improvisation, composing and arranging, all prime elements of the ensemble playing.

To date, the group has performed hundreds of engagements as diverse as its music: from featured guest soloists on the Philadelphia Orchestra subscription series to Club Yoshi’s in San Francisco to residencies at the Kennedy Center to Christoph Eschenbach’s birthday concert at the Schleswig-Holstein Festival in Germany. Recent highlights included their Carnegie Hall debut, appearances with the Boston Pops, Melbourne Symphony Orchestra, a sell-out concert at the 2014 BBC Proms, and an appearance on the ABC prime time hit show “Dancing with the Stars.”

Tf3’s high-energy performances are free of conventional practices, drawing instead from the members’ differing musical backgrounds. The trio also performs its own arrangements of traditional repertoire and Ranaan Meyer provides original compositions to complement the trio’s offerings. Jeff Nelsen has thrilled audiences and mentored students for over twenty years. Probably best known for the eight years he spent touring and recording with Canadian Brass, Jeff has also performed concerti and chamber music on six continents, and in the horn sections of dozens of orchestras including the New York and Los Angeles Philharmonics, and the Boston, Chicago, Cincinnati, Montreal, and St. Louis Symphonies. Internationally acclaimed as a violist as well as violinist, the versatile Ida Kavafian is an artist-member of the Chamber Music Society of Lincoln Center and former violinist of the Beaux Arts Trio. For 34 years she has been artistic director of Music from Angel Fire in New Mexico, where some 200 Curtis students have participated in the Young Artist Program to date.