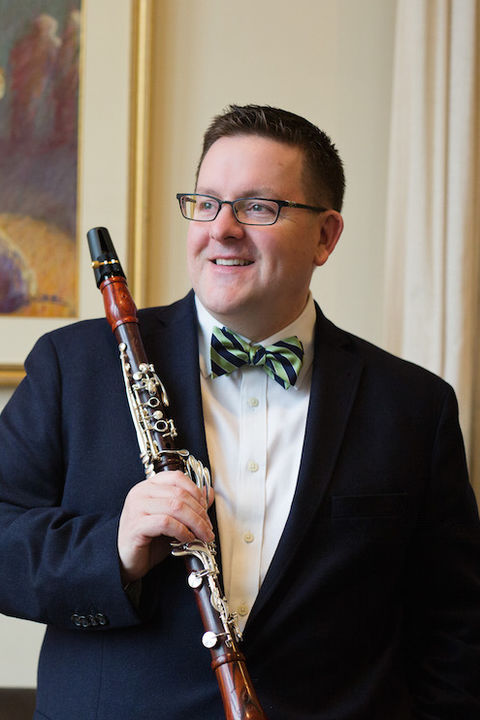 Richard Hawkins made his solo debut at the Kennedy Center with Mstislav Rostropovich and the National Symphony Orchestra in 1992. He has since given more than 50 performances of featured clarinet works with orchestra. Hawkins' first teaching position, at the Interlochen Arts Academy, launched a new career direction in 1993: a dedication to educating the world’s finest young clarinetists. He has simultaneously led an active performing career and pursued his passion for instrument design.

Hawkins performed for five seasons as principal clarinet of the Pennsylvania Ballet Orchestra and served as artist faculty at the Hot Springs Music Festival each June from 1997-07. His work in the arenas of contemporary, chamber, and orchestral music have included performances with the Bogota Philharmonic, the Cleveland Orchestra, the Tucson Winter Music Festival, and Medellín Festicámara, as well as recitals and master classes throughout the United States and Europe. His adjudication of the Youth Orchestra of Colombia took him to Bogota, where he coached the orchestra on its first South American tours in 2012 and 2013.

After several years at Interlochen, and a brief tenure at DePaul University, Hawkins joined the faculty of the Oberlin Conservatory of Music in 2001. His former students now hold leadership positions in orchestras and teaching institutions worldwide.

Hawkins designed instruments for the G. Leblanc Corporation and developed his own line of clarinet mouthpieces that have become some of the most widely favored products in the industry. He is now an artist and representative for Légère Reeds LTD. and Backun Musical Services. Hawkins proudly performs on the Backun MOBA clarinet made of cocobolo with an R Model Richard Hawkins mouthpiece and Légère Signature reed.

A place toward other places, Hawkins' 2013 CD release on the Oberlin Music label, features the works of Elliott Carter, William Albright, Benjamin Broening, and Aaron Helgeson.