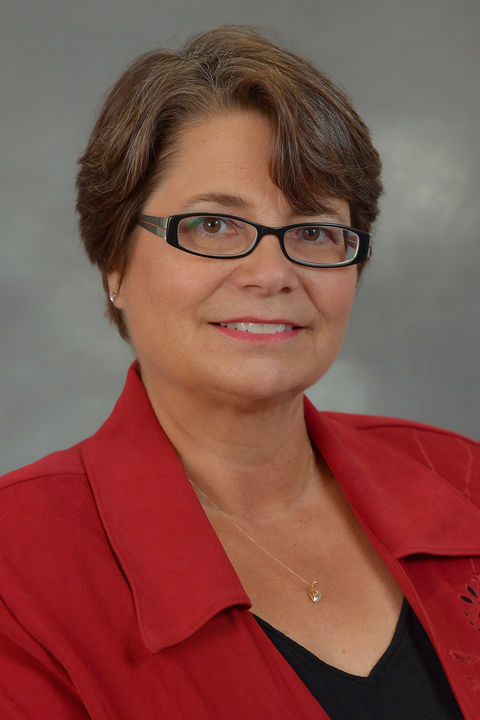 Christina Bloebaum started as Dean of the College of Aeronautics and Engineering August 1, 2018. Prior to starting at Kent State, Dr. Bloebaum held the Dennis and Rebecca Muilenburg Professorship of Aerospace Engineering at Iowa State University. She joined Iowa State University in 2012. While at Iowa State, she served in various administrative positions including Director of the Iowa Space Grant Consortium. Prior to that time, she was the Program Director for the Engineering and Systems Design (ESD) and System Science (SYS) programs at the National Science Foundation from 2009-2012. She was on leave from the University at Buffalo, where she had been a member of the faculty, holding numerous administrative and research positions, since 1991. Professor Bloebaum's present research area is in the design of large-scale complex engineered systems.  She spent much of her career looking at challenges in the Multidisciplinary Design Optimization (MDO) field – developing new optimization, visualization, and tradespace methodologies for these inherently complex systems. She has most recently been engaged in research on new value-based systems engineering frameworks built upon the rigorous foundations of Decision Analysis, MDO and Value Driven Design (VDD).

Professor Bloebaum is the 2012 recipient of the American Institute of Aeronautics and Astronautics (AIAA) Multidisciplinary Design Optimization Award and a Fellow of the AIAA. She was the recipient of the SUNY Chancellor’s Award for Excellence in Teaching, was honored for Notable Contributions to Teaching and Learning at UB, was recognized by the SUNY Research Foundation for Excellence in Research, and was named a Visionary Innovator by UB’s office of technology transfer. She was the recipient of the first UB Chair for Competitive Product and Process Design while establishing the New York State Center for Engineering Design and Industrial Innovation (NYSCEDII), for which she was the Executive Director. Professor Bloebaum was recipient of the prestigious NSF Presidential Faculty Fellow Award. Professor Bloebaum has graduated 14 Ph.D. students, over 70 M.S. students, and has had over $10 Million in research funding.