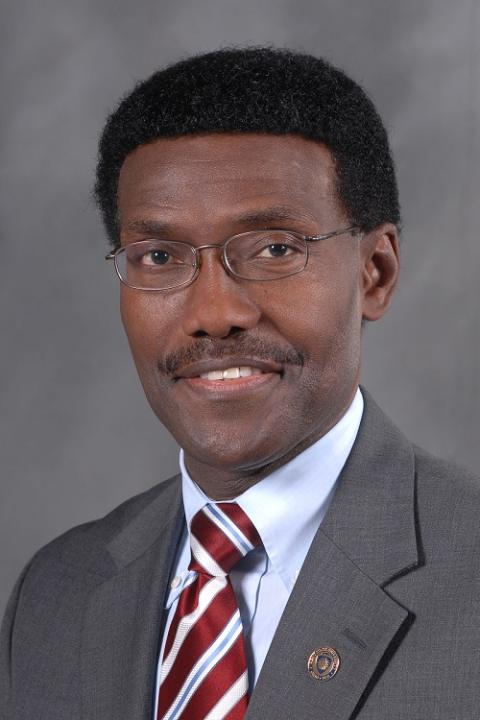 I. Richmond Nettey, Ph.D. is a tenured professor who served as the Associate Dean of the College of Aeronautics and Engineering (March 2007–2016) at Kent State University where he served as the Senior Academic Program Director of Aeronautics (July 2001–Sept. 2008). He served as president and treasurer of the University Aviation Association in 1997-1998 and 1995-1996, respectively, and as a trustee of the Council on Aviation Accreditation, d.b.a. Aviation Accreditation Board International (AABI) from 2004 through 2007. Prior to his work at Kent State University, Nettey served as the Director of Airway Science at Texas Southern University in Houston for 13 years (1988–2001), and in the airport operations division of airport management at Houston Bush Intercontinental Airport (1986–1988). Nettey serves as an airport management consultant for the Houston Airport System (1999–present) and has served as a consultant for the FAA to review Airway Science Programs (1992–1997) and as a subject matter expert for the Department of Homeland Security in education and training materials for general aviation.

In 2012 and 2013, Nettey’s proposals were selected for funding by the US Department of State to host the largest cohort of faculty in the Fulbright Visiting Scholar program in Science and Technology from Iraq and in Information Technology from Libya. The UAA recognized Nettey for “Outstanding Contribution to Aviation Education” with the prestigious Wheatley Award on Thursday, 10 October 2014, during the 2014 Fall Education Conference in Daytona Beach, Florida. On 20 August 2004,Nettey received the FAA’s Ron McNair Award for a “lifetime of contribution to the field of aeronautics and aviation” at an Awards Banquet with FAA Administrator Marion Blakey. Prior to that, he received an Eisenhower Transportation Fellowship Award in 1995 and a Certificate of Commendation from FAA Administrator Hinson in 1994. Nettey received a copyright certificate in April 2002 for scholarly work on AIP funding from the United States Copyright Office, Library of Congress, Washington, DC. As a tenured full professor of aeronautics and a national leader in university aviation education, Nettey has worked with numerous governmental and nongovernmental organizations, as well as trade associations to promote aviation education.

In June 2002, Nettey was appointed by the Executive Director of the National Academy of Sciences to serve on the Transportation Research Board’s (TRB) Committee on Aviation System Planning (AV020). This was followed by an additional appointment in March 2003 to serve on the TRB’s Committee on Airport Terminals and Ground Access (AV050), as well as an appointment to serve on the TRB AV070 – Aircraft/Airport Compatibility Committee. At present, he serves on the TRB’s AV020, AV050, and AV070 standing committees on aviation. Nettey also serves on the editorial board of the Journal of Air Transport and the Journal of Aviation Management and on the review panel of Collegiate Aviation Review, the leading scholarly journals in university aviation education. In 2000, a leading aviation history textbook he co- authored: The American Aviation Experience: A History (edited by Tim Brady); was published by Southern Illinois University Press (ISBN 0-8093-2325-7 and 0-8093-2371-0).

In 1994–1996, Nettey served on the National Research Council’s Committee on Education and Training for Civil Aviation Careers at the National Academy of Sciences. This multi-year committee research effort culminated in the publication of Taking Flight: Education and Training for Aviation Careers by the National Academies Press (TL561.T35 1997), Washington DC, in 1997. The Texas Transportation Institute (SWUTC/95/600371) at Texas A&M University and the National Technical Information Service (PB95217113), Springfield, Virginia, published Nettey’s 1993 seminal research work on Intermodalism, which was completed with survey data from large airports in the US and Europe.

Nettey holds the Ph.D., M.B.A., and B.S. (aviation) degrees from the University of Houston, University of Louisiana at Monroe, and education at University of Dubuque in Iowa. In addition, Nettey holds Transportation Safety Institute certificates in Civil Aviation Security and Crisis (Hijack) Management from joint USDOT and FBI seminars in 1986. In the post 9/11 era, he has developed and established graduate and undergraduate courses in the Aeronautics curriculum at Kent State University entitled “Aviation Security Policy Seminar” (TECH 45791 and TECH 55791). In addition to his full-time administrative duties as the Associate Dean, Nettey has taught the Aerospace Senior Seminar (AERN 45291) course to graduating students in all five areas of concentration in the Aeronautics Program at Kent State University.

In recreational aviation, Nettey serves on the Advisory Committee of the Wings Over Houston Airshow (1996-present) and served as the Executive Committee chairman (2006-2008) of the Kent State University Aviation Heritage Fair. Nettey is a member of the Kiwanis Club of Stow-Munroe Falls in Ohio (2003-present). Nettey serves God as a layreader, an usher, a vestryman (2012-2015), and Senior Warden (2014-2015) at Holy Trinity Anglican Church in Hudson, Ohio, after serving in similar capacities at the Episcopal Church of the Epiphany in Houston, Texas and at Christ Episcopal Church in Kent, Ohio.