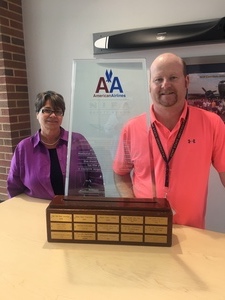 This year’s event took place at the KJVL – Southern Wisconsin Regional Airport in Janesville, WI. Four Kent State airplanes, two 172 and two 152 Cessna Aircraft were used in the competition, which was the final collegiate competition for five graduating College of Aeronautics and Engineering flight technology seniors.

The team will compete in NIFA’s Regional Competition this October in Columbus, OH.

The NIFA is a forum for collegiate aviators to expand their studies and further their careers by participating in competitive and non-competitive events, networking with industry and contemporaries, and applying themselves to go above-and-beyond their ordinary curriculum.