The WESTT CS/BV virtual engine test bench, from Price Induction, offers a unique and multidisciplinary tool for illustrating the behavior of a turbofan engine and providing a platform for practical laboratory coursework and instruction. It illustrates fundamental concepts in three critical areas: thermodynamics, aerodynamics, and control theory. The information below was taken from content authored by D. Blake Stringer, Ph.D., College of Aeronautics and Engineering. 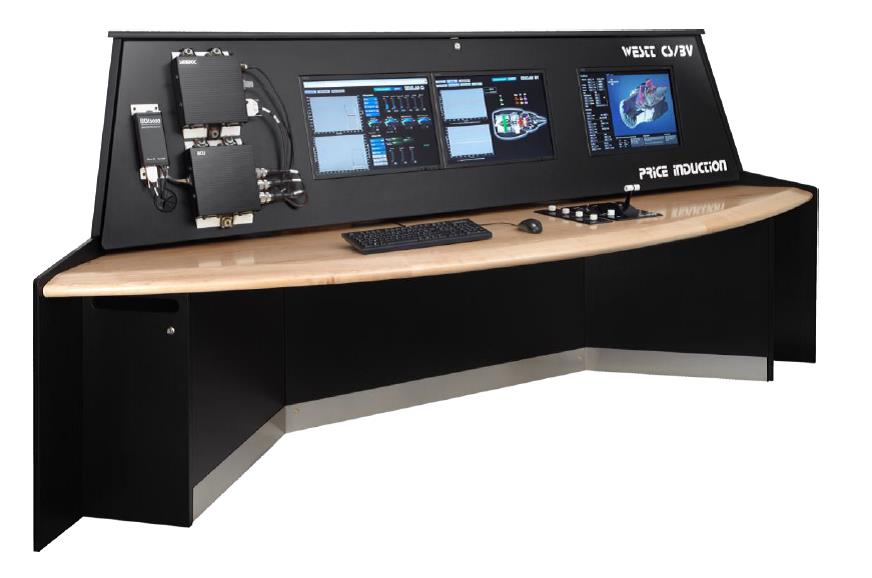 This equipment currently enjoys widespread academic use throughout the world in countries such as France, Germany, Poland, Sweden, Lebanon, Brazil, China, and Japan. The vendor, likewise, has used feedback from its various customers to improve the bench’s simulation fidelity and modeling capability. In the Unites States, there are currently only two virtual benches in use. The first is at Georgia Tech; the second is at the NASA Glenn Research Center in Cleveland, Ohio. Engineers at NASA Glenn received the test bench in November 2013 to assist in training themselves on gas turbine propulsion and control systems. Thus, the WESTT CS/BV is a truly unique laboratory experience within the United States.

The virtual test bench replicates the DGEN-380 turbofan engine, the world’s first turbofan optimized for general aviation, and the only turbofan engine rated for continuous performance under 25,000 feet. The bench uses an electronic block to simulate engine operation, consisting of the virtual engine, a full authority digital engine control (FADEC) microcontroller, and debug interface. It is an ideal engine in which to introduce these very critical engineering competencies.

The test bench provides students with experience in the following areas:

Some courses that may incorporate this equipment are: