This year’s speakers include Ian Beniston, Jack Daugherty and James “Big Jim” London, all from Youngstown, who will present together in the morning; and Brad Melzer of Oberlin, Ohio, speaking in the afternoon.

Beniston is the executive director of the Youngstown Neighborhood Development Corp. (YNDC) and provides urban planning and neighborhood development in the private, non-profit and public sectors. He earned a bachelor’s degree in sociology from Youngstown State University and a master’s of city and regional planning from the Ohio State University. He is a member of the American Institute of Certified Planners and studied the European approach to reinventing older cities at the Technical University of Dresden in Dresden, Germany.

Beniston and his partners at the YNDC were recognized for their efforts to restore Youngstown neighborhoods through strategies to curb population decline, improve neighborhood safety and increase community pride. 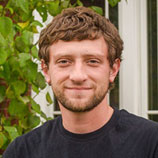 Daugherty was born and raised in Youngstown and, most recently, worked in Buffalo, N.Y., on a HUD Choice Neighborhood Transformation Plan. He earned a bachelor’s of arts degree in geography and sociology from SUNY Buffalo, as well as a master’s of urban planning.

London is the founder, president and driving force behind the Idora Neighborhood Association in Youngstown, a nonprofit organization formed in 2007. Intent on starting an association hailed by civic leaders as a model for other groups in Youngstown, London focused his energy on the INA and organizations under its umbrella, all staffed by volunteers.

Over the years, the association received generous grants to supports its efforts and its impact has been extraordinary. The group worked with various organizations on several rehabilitation and beautification projects and London is a “grassroots leadership model” who has helped others make positive changes in their neighborhoods and advocate positive change through determination. He is regarded as a positive influence and a major community hero.

Aside from his work with the association, he is the leader of the award-winning Idora Wildcats 4H Club, which has enriched the lives of dozens of at-risk neighborhood youth by building strong connections between youth and community. His efforts have inspired a citywide movement to take action against blight and crime at the grassroots level.

Melzer is the director and educator for the George Jones Memorial Farm and Nature Preserve in Oberlin, Ohio, a 70-acre educational organic farm and nature preserve. It provides space for students and the community to create a sustainable food system for northeast Ohio and beyond.

Melzer also teaches sustainability, biology and sociology at Baldwin Wallace University. He received his certification of permaculture design in 2010, but has practiced permaculture since 1998. Melzer worked on a variety of environmental projects that include aquaculture/aquaponics, community gardening, compost technologies, landscaping/tee care, organic agriculture and vacant urban lot remediation.

The day-long conference is free and includes a continental breakfast and lunch. Student paper sessions begin at 9 a.m., followed by the guest speakers.

Essays are due by April 6 and must be uploaded to https://kent.qualtrics.com/SE/?SID=SV_411AwRNztJX3eGF. MP4 videos and an intent-to-submit form for posters must be uploaded by April 17. Posters are due and to be set up the day of the conference.

For information about submissions and/or the conference, visit www.col.kent.edu or contact Dr. Patti Swartz at pswartz@kent.edu or Dr. Lydia Rose at lrose17@kent.edu.