The Kent State East Liverpool ceremony is Friday, May 8, at 5:30 p.m. in the Memorial Auditorium. A reception will be held after the ceremony from 6:30- 7:30 p.m. for graduates and their family and friends.

The Kent State Salem ceremony is Friday, May 8, at 7:30 p.m. in the City Center Auditorium. A reception will be held immediately before the ceremony from 5:45- 6:45 p.m. for graduates and their family and friends. 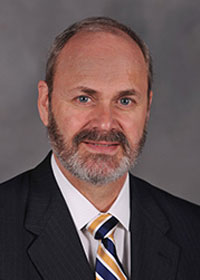 Diacon is the senior vice president for Academic Affairs and provost for Kent State University. He oversees all aspects of the academic enterprise, including the university’s seven regional campuses.

Before coming to Kent State, Diacon served as the deputy chancellor of the University of Massachusetts Amherst. He spent 21 years at the University of Tennessee Knoxville, serving as a tenured professor, department head and vice provost.

An historian of Brazil, Diacon’s book, Stringing Together a Nation, won the Warren Dean Prize of the best book published on the history of Brazil. He earned his bachelor’s degree in history from Southwestern College (Winfield, Kan.), and his M.A. and Ph.D. in history from the University of Wisconsin-Madison.

Booth is currently serving as a special assistant in the Office of Academic Affairs at the University of Akron, but has a long history with Kent State, including serving as the assistant dean for the Kent Salem Campus from 2000-2003.

She was an assistant professor of history at Kent State from 1986-2002; served as the interim dean for academic and student services for the regional campuses; and served for 10 years as the associate provost for quality initiatives and curriculum. 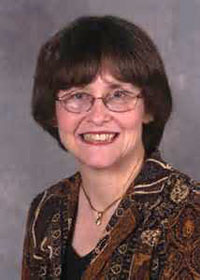 She also served as director of women’s studies at Kent State and developed the Women’s Center at Kent State Salem, serving as its coordinator from 1989-2002. She chaired 13 women’s conferences and taught numerous women’s studies courses. Booth received an Ohio Humanities Council grant for the 2000 Women’s Conference.

Booth has published numerous articles and her research added significantly to the area of women’s history. Her book, Buckeye Women: The History of Ohio’s Daughters, was recognized for filling the gap in the state’s history by documenting the accomplishments and activities of Ohio’s women over the past 200 years.

In June 2000, Booth was named the KSU Women of Professional Excellence for her work in promoting Ohio women’s history. She was also named one of the 100 Outstanding Women by the Summit County YWCA in 2001.

Booth earned her bachelor’s degree in early childhood education from the University of North Carolina at Chapel Hill, and her M.S. and doctorate degrees from Illinois State University.